A message is being shared on social media with a claim that Indian business tycoon and Chairman of Reliance Industries Mukesh Ambani has bought US-based urban transportation technology company, skyTran, which has developed technology to run pod taxis.

(Translation: Ambani has bought America’s largest IT company skyTran, the US is also started selling, and the buyer is an Indian) 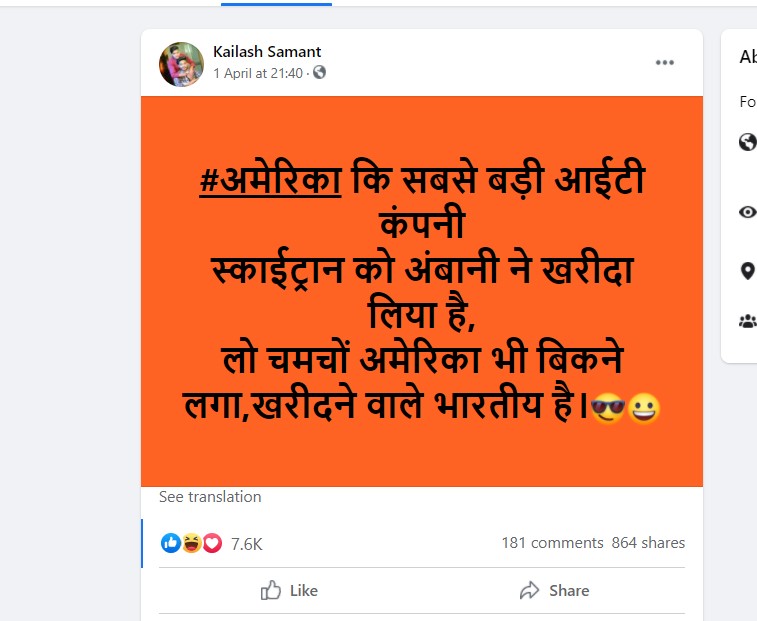 In our investigation, we searched for related news items and found some media reports which stated that Mukesh Ambani-led Reliance Industries’ subsidiary Reliance Strategic Business Ventures (RSBVL) has acquired an additional equity stake in the company skyTran Inc. for a consideration of $26.76 million. However, we couldn’t find any credible media report which suggested that Ambani has bought the entire skyTran company.

According to a Live Mint report, which cited the company’s statement, RSBVL’s shareholding in US-based tech firm increased to 54.46% on a fully diluted basis from the existing 26.3%. 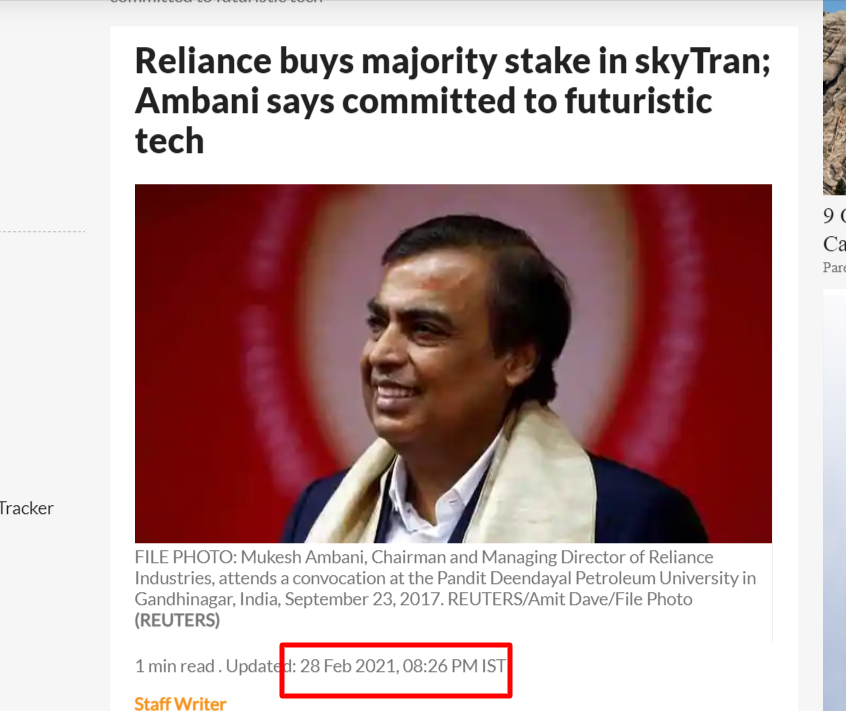 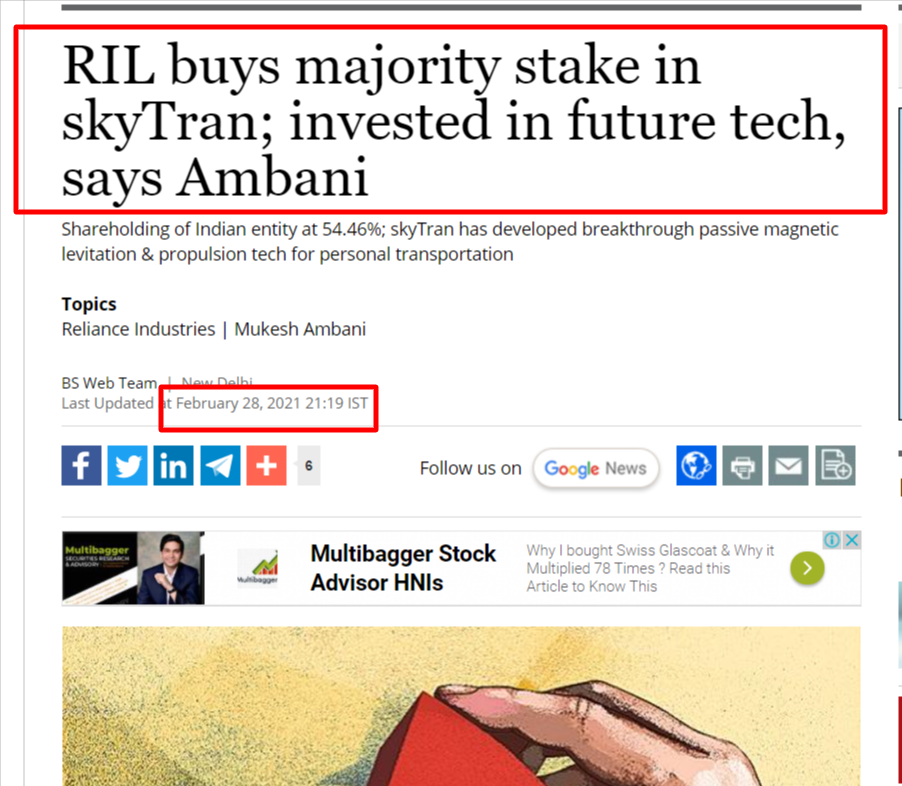 We also checked Reliance Industries website, where we found a press release regarding Reliance acquiring majority equity stakes in skyTran. 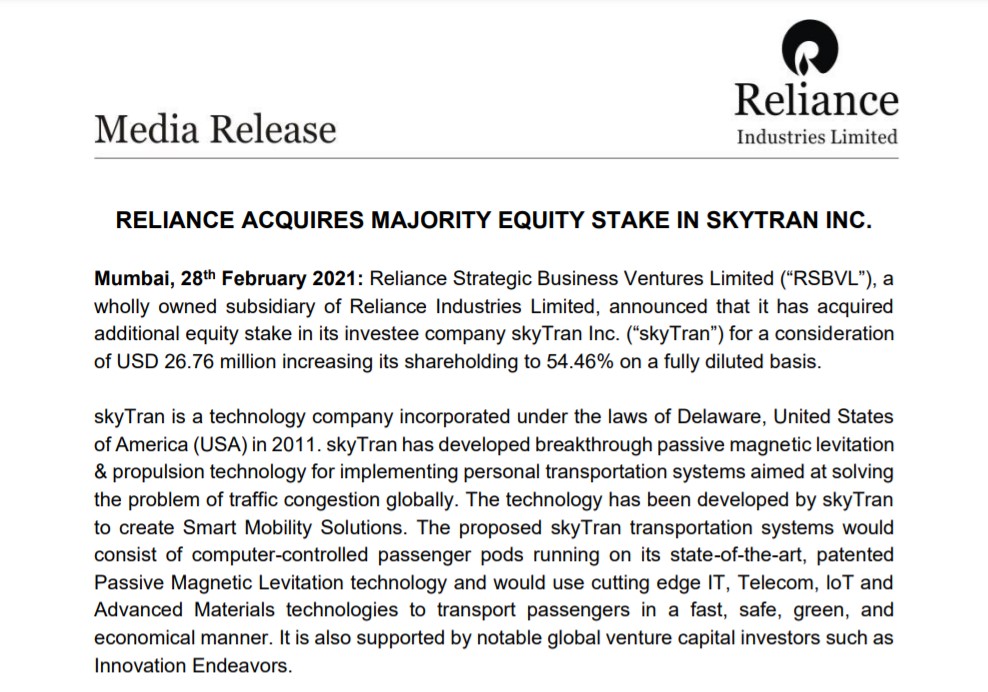 Hence, from the above information, we can say that Reliance has not bought the entire skyTran but a majority stake in it. Therefore, the claim in the viral post is misleading.