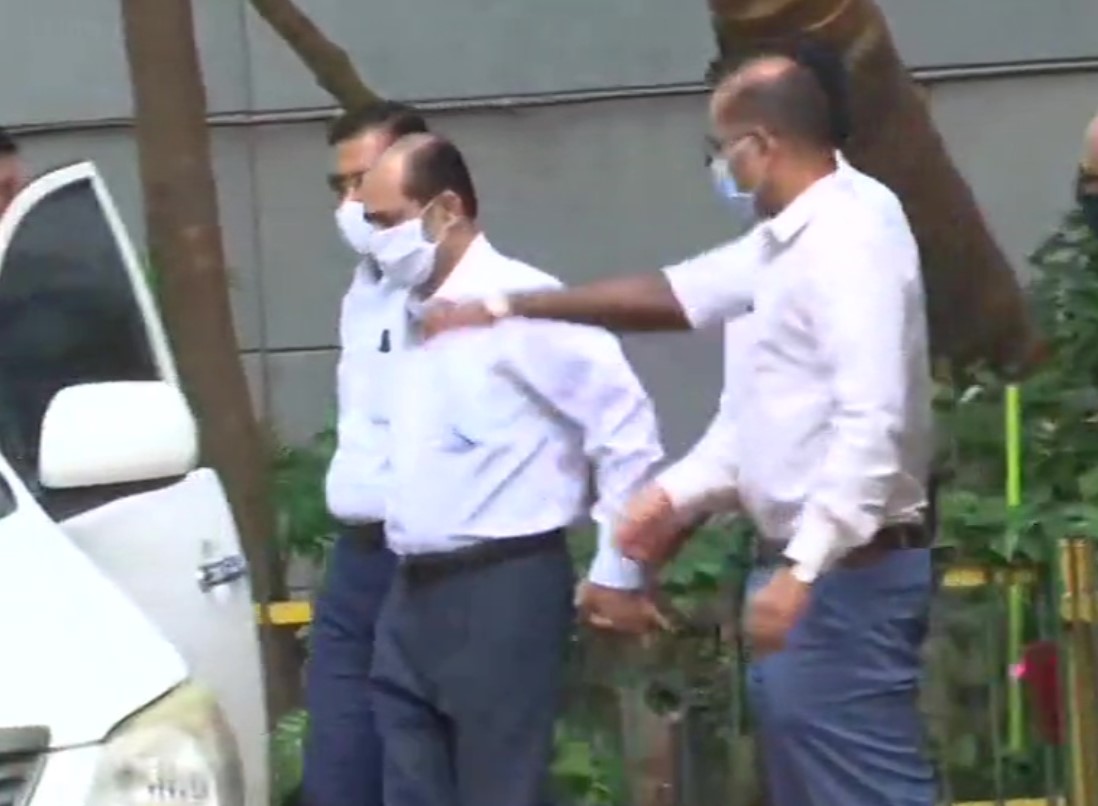 Waze is an accused in Mansukh Hiren death case. According to NIA, the agency has found several incriminating materials based on a disclosure statement given by Sachin Waze under CrPC 27.

Additional Solicitor General Anil Singh for the NIA informed the court that Waze had a joint account with another co-accused in DCB Bank, Versova Branch with a deposit of Rs 26.5 lakh till March 1 2021. Further, they have a joint locker in the same branch. NIA believes that the locker must had some incriminating materials as the articles were removed on March 18 after the arrest of Waze on March 13.

Singh also informed the court that NIA is examining the 120 TB CCTV data seized till now. The agency has also seized seven high-end cars. Statements of 50 witnesses recorded and 35 Punchnamas have been done till now.NIA also recovered a passport, not belonging to the accused from his place.

NIA sought further custody of Waze in order to confront him with 120 TB CCTV data, IPDR data of various locations, joint bank account and locker and source of other high cash recoveries.

Ponda said the joint bank account and locker do not belong to Waze. If NIA claims then produce the documents like the account opening form with Waze’s photo and signature.
“Mithi river is an open place for the whole Mumbai and other parts. Anyone can come and drop anything into the river. They (NIA) are just eye washing by claiming these recoveries as they are just planting all those things in Waze’s name,” he argued

On passport, Waze’s counsel said, “They want to verify a passport which is not in Waze’s name. What are they going to ask when the passport carries the name, address and photograph of the concerned person.”

Notably, the Special NIA court on Saturday allowed the application of Sachin Waze’s brother Sudharam for a 5-minute meeting with him to hand over fresh clothes in the courtroom.
The NIA last Sunday had taken Waze to the bridge over the Mithi river in connection with the probe of Mansukh Hiran’s death case.

Hiran, the owner of the vehicle that was found containing explosives materials outside the house of Reliance Industries Chairman Mukesh Ambani, was found dead on March 5 in Thane. Investigation into his death was being probed by Maharashtra Anti-Terrorism Squad (ATS), till the MHA handed over the probe to the NIA.

Waze, Assistant Police Inspector in the Crime Intelligence Unit (CIU) who was in charge of the Hiran case, was in NIA custody till March 25, for his alleged role and involvement in placing the explosives-laden vehicle outside the residence of Ambani. Later his custody was extended till April 3.