Home Battle For States As Mamata-Suvendu Lock Horns, Will Polarisation Hold The Key In Nandigram? 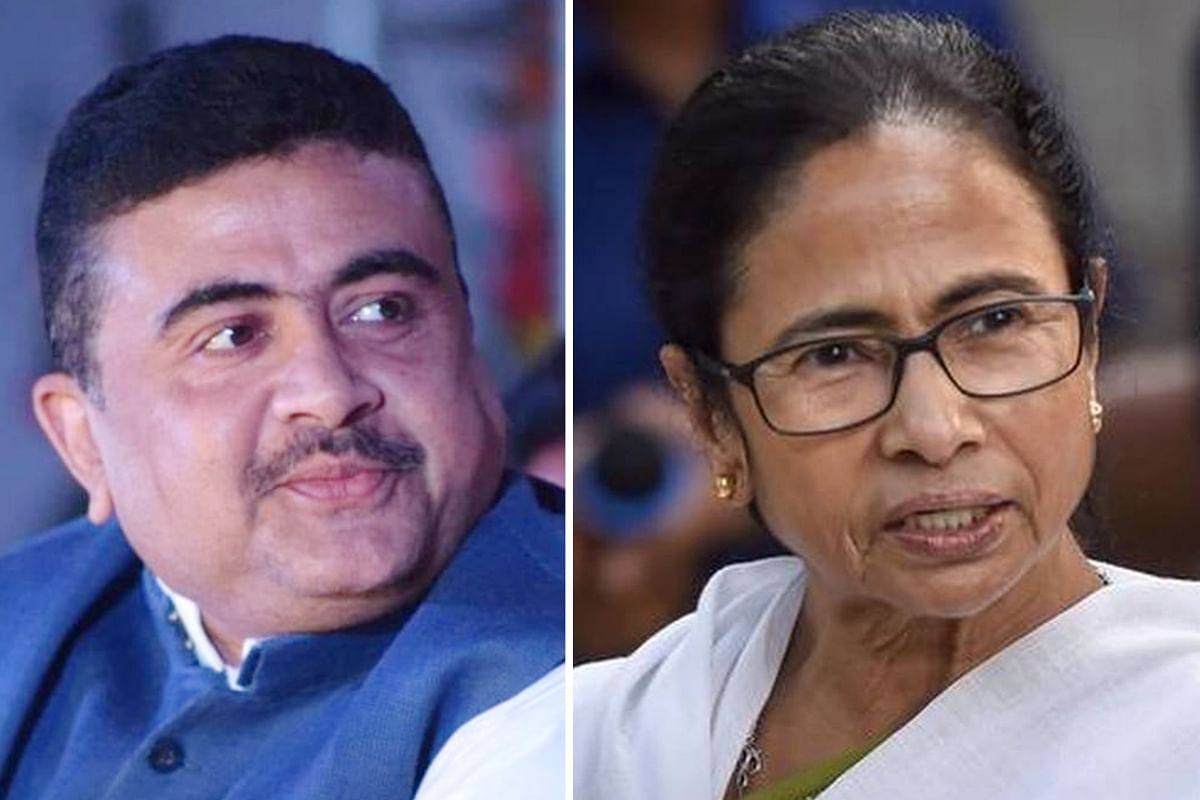 As Bengal gears up for the mother of all battles in Nandigram on Thursday and a pregnant pause hangs heavy on this poll epicenter in East Midnapore district about 150 km from Kolkata, polarisation politics may well emerge as to who has the last laugh on May 2.

The Hindu-Muslim debate lies at the core of the elections this time around in battleground Nandigram. And its virtually a fight between two blocks – Nandigram 1 and Nandigram 2.

The Trinamool Congress, which has put its best foot forward with party supremo and West Bengal Chief Minister Mamata Banerjee locking horns with her once trusted lieutenant turned foe Suvendu Adhikari, is banking on Block 1 which has a stronger Muslim population. Block 2, which incidentally greeted Mamata with ‘Jai Shree Ram’ chants while she crisscrossed Amit Shah’s rally venue, is what the BJP is banking on considering its sizeable Hindu population.

TMC leader and Mamata’s election Sheikh Sufiyan – who was also the President of the Bhumi Ucchhed Committee which spearheaded the anti-land acquisition movement in Nandigram in 2007 – blames BJP for giving elections a communal spin.

“Suvendu Adhikari now says he is a Hindu. So what is Mamata Banerjee? Is she a Muslim? She is also a Hindu, and a Brahmin. This Hindu card will not work in Nandigram. This is an area where literacy is high,” Sufiyan explained to the media.

BJP on its part is visibly enthused. Even as Mamata says voters in Nandigram will reject polarisation politics, the saffron camp is looking at consolidating nearly 200,000 Hindu votes in the constituency, which has a total of 275,000 voters. Incidentally, the new BJP office inaugurated by Adhikari recently has a big Lord Hanuman statute erected near the entrance.

While addressing a public meeting in Khejuri’s Henria on January 19 a day after Mamata’s rally in Tekhali, Adhikari said, “People have seen who attended Mamata Banerjee’s meeting in Nandigram. I consider that meeting as a party meeting by Hyderabad’s Asaduddin Owaisi. With whose support will you contest from Nandigram? Are you fighting with the hope of 62,000 votes? Know that the lotus will win because of 2.13 lakh (a hint at the larger Hindu electorate) votes. Who are the 2.13 lakh, those who chant ‘Jai Shri Ram’?”

While the campaign was drawing to a close, referring to Mamata as ‘Begum’, Suvendu said, While speaking at a public meeting in Nandigram on Monday, March 29, Bharatiya Janata Party leader and candidate from the seat Suvendu Adhikari said, “If begum comes back to power, the state will turn into a mini Pakistan.”

With development taking a backseat in poll discourse and temple hopping by both Mamata and Suvendu during the campaign phase becoming the talk of the town, it remains to be seen what Nandigram has in mind.