The tweet had words and signs adding up to no meaning. The importance of the organization led to various speculations around the tweet being some kind of “confidential message” or a “nuclear code”.

The tweet attracted 12,000 likes, 9,000 retweets, and more than a hundred comments within an hour. However, the US Strategic Command put an end to speculation with a tweet apologizing for the confusion. “Apologies for any confusion and disregard this post,” it said. 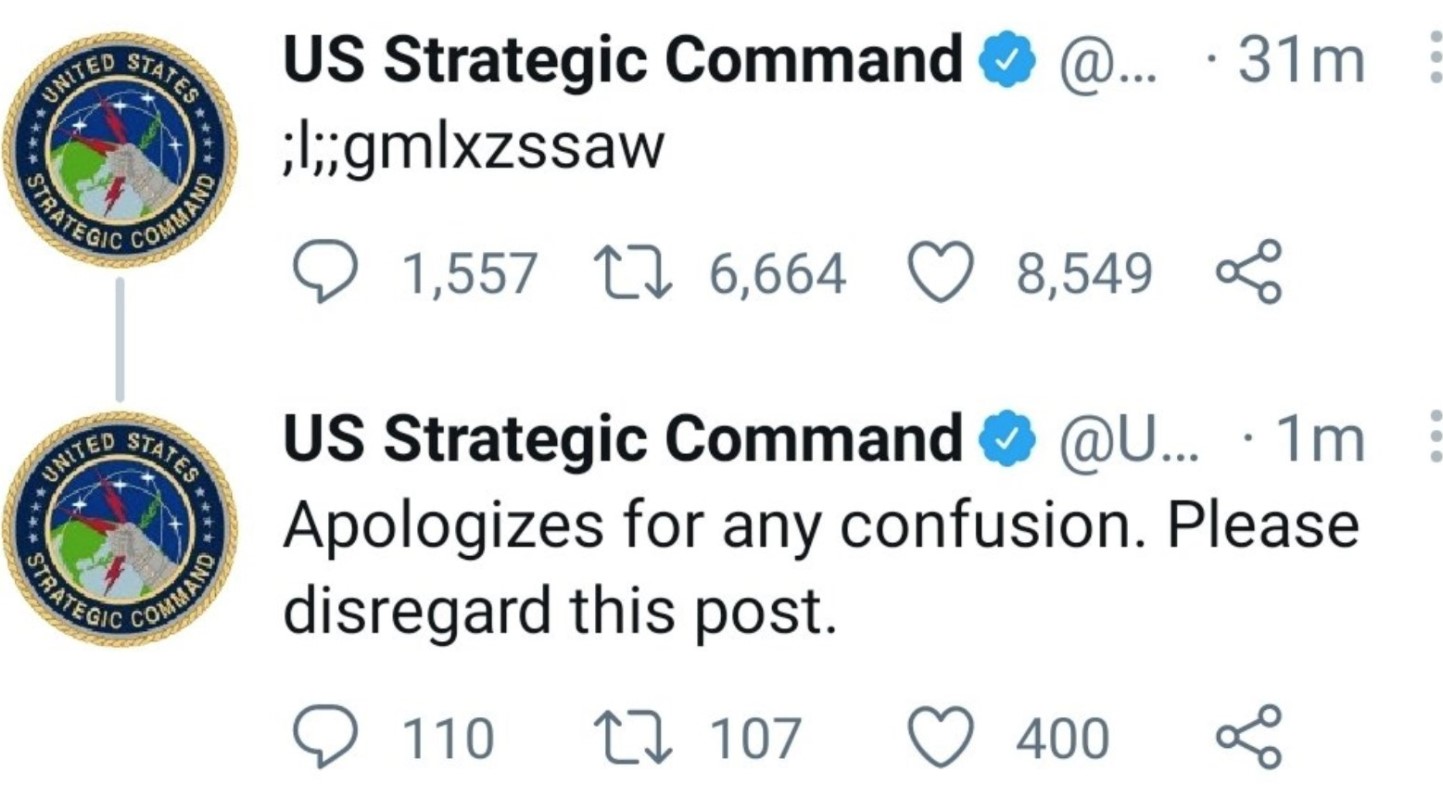 Headquartered in Offutt Air Force Base, Nebraska, Stratcom manages the US military’s strategic deterrence. It tweeted to disregard the previous tweet, and then both of those messages were deleted.

Stratcom told freelance journalist Mikael Thalen that the tweet was no secret message, and was instead was the result of a Stratcom social media editor working from home.

An FOIA request was filed by Thalen. He later shared the response on his Twitter handle which said that the tweet was mistakenly posted by the “child” of the social media account handler.

Filed a FOIA request with U.S. Strategic Command to see if I could learn anything about their gibberish tweet yesterday.

Turns out their Twitter manager left his computer unattended, resulting in his "very young child" commandeering the keyboard. pic.twitter.com/KR07PCyCUM

Subsequently, his very young child took advantage of the situation and started playing with the keys and posted the tweet.