A letter allegedly issued by the President of the West Bengal unit of BJP, Dilip Ghosh, is doing the rounds on social media. The letter that is addressed to the national president of BJP, J P Nadda reads that the results of Phase 1 elections in West Bengal is not in favour of the party.

The caption of the post read, “TMC will sweep in first phase according to Dilip Ghosh ” 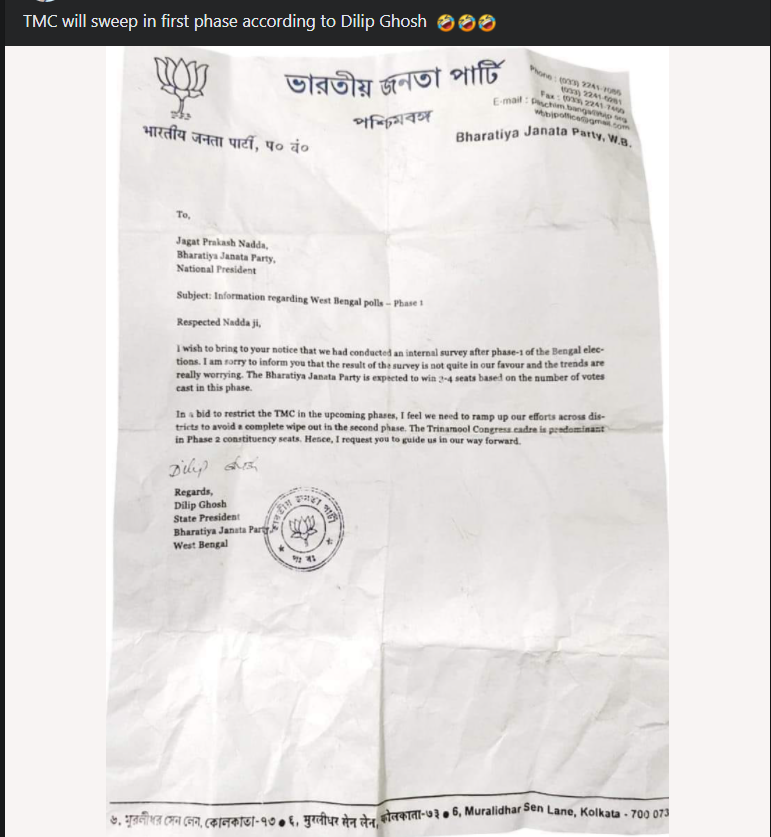 Here’s the link to the above post. Find similar posts here, here and here.

Firstly, we noticed a few discrepancies in the letter, for instance, the letter does not have any date.

Upon further investigation, we found a tweet by the Office of Dilip Ghosh, dated March 30, 2021. In the tweet, it has been clarified that the letter is fake.

This is a fake letter being circulated on the name of Shri @DilipGhoshBJP. The @BJP4Bengal has made a complaint to the @ECISVEEP and will lodge a police complaint to take criminal action againat those sharing this forged letter. pic.twitter.com/qYUZvwd8Wn

It further mentions that a police complaint will be lodged against those sharing this forged letter. 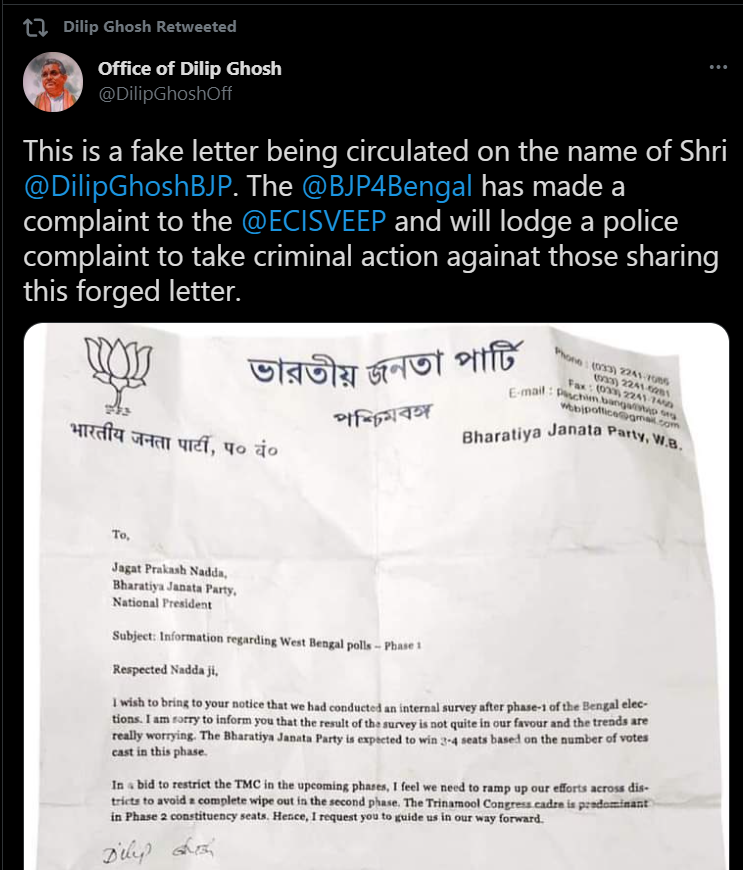 Hence, from the above fact check, it is clear that the letter in circulation is FAKE.