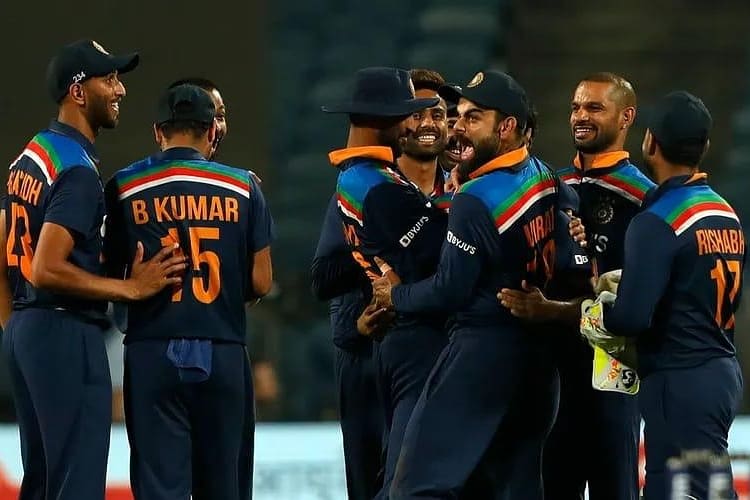 Ahead of the first ODI of the recently-concluded series against England, India skipper Virat Kohli had spoken about the need to keep players in the loop when it comes to scheduling games as life in the bio-bubble can get taxing both physically and mentally.

But the Board of Control for Cricket in India (BCCI) believes reworking the international calendar in the current scenario is a little difficult, keeping the interest of all stakeholders in mind.

Speaking to ANI, a BCCI official said that while the concern shown by Kohli may be a valid one, making changes in the schedule would raise bigger concerns and the solution wouldn’t be an easy one, especially with the impact COVID-19 has had and continues to have across the board.

“It may be a valid concern but the alternate would raise much bigger concerns. It can be addressed in two ways. The first is to figure out a rotation policy that gives players some freedom for down-time. Take the example of the ECB where Joe Root is only playing red-ball cricket when a player of his calibre would do extremely well in white-ball cricket. The second is to schedule a lesser number of international games. The execution of any of these paths is not that simple,” he pointed.

Asked how it would be a problem, the official pointed at a number of issues that would come up and one that would actually hurt the financial condition of domestic cricketers, and that is something that the BCCI has been looking to address post the COA era. BCCI believes that a good structure is one wherein the domestic players have enough motivation to pursue the game as a career option.

“Firstly, contrary to assumptions, the BCCI’s wealth is not infinite. Secondly, the stock of the domestic cricketers deserves a greater amount of attention, especially when the outcome of the review of player payments that was undertaken about three years back was quite ad-hoc and was skewed heavily in the favour of a few while bypassing those who were made the poster boys of that review.

“Thirdly, there is an increase in the number of state associations who have a steep task facing them to develop the game in their regions which they had not done earlier and this is in addition to the existing associations who have been struggling to meet their own standards with the shakeup that has taken away experience across the board,” he explained.

“Everything is screaming for financial correction at the moment but the thing that has left the largest impact is the COVID-19 pandemic and the reduction in matches as a consequence thereof. Add to it the varying quarantine rules and you have a situation that is not in control of the BCCI, but must be strictly adhered to by the BCCI.”

The official further pointed that the reduction in international games would directly hurt the revenue generated and that would again go on to hurt the domestic cricketers because contracted players do not get affected by the number of games played.

The official further pointed that if the BCCI does look to rework the scheduling in the current scenario, the player payment structure might also need a re-look.
“If the idea is put on the table, even before commencing the decision-making on reducing the number of international games, the player payment structure will need to be reviewed, corrected, and linked to BCCI revenues in order for the decision making to be mutually beneficial.

“Till this is done, the selectors may need to enforce a rotation policy that encourages players to give preference to participate in international cricket compared to the IPL.
“Incidentally, one of the aspects that need to be corrected is the remuneration of the selectors as they together get paid less than a single player in the A+ category. To put it succinctly, Kohli’s suggestion is not feasible and raises the club versus country debate prominently,” he said.