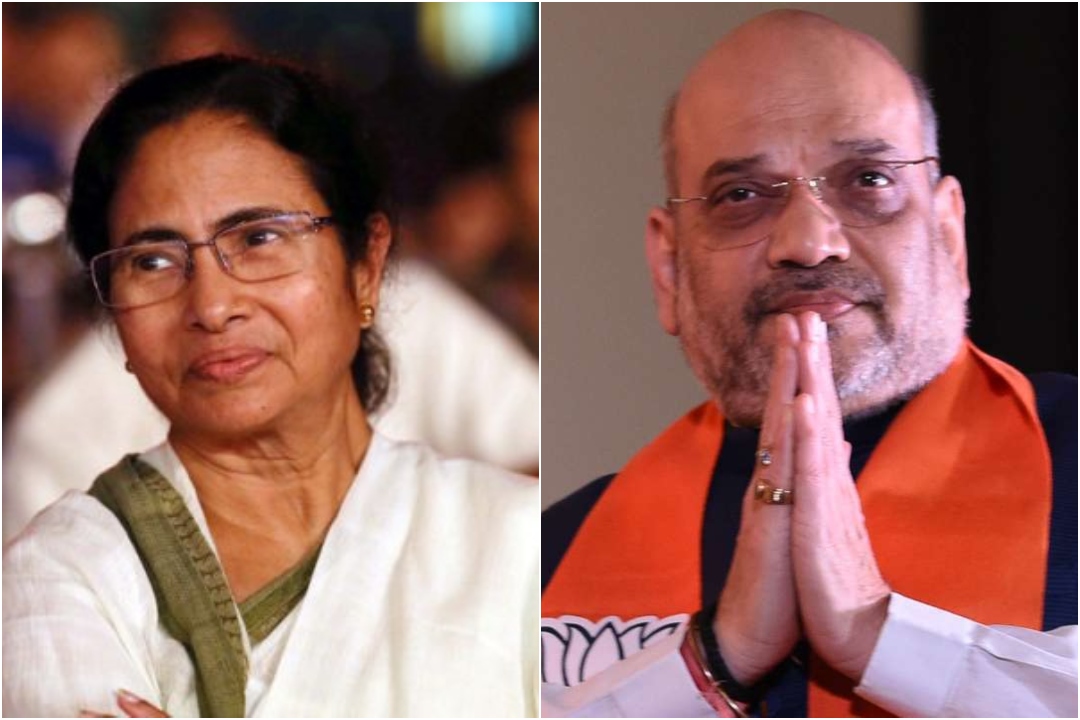 With just a few hours to go for the curtains to come down on campaigning for second phase of polling in West Bengal, political temperatures are soaring in Nandigram where Chief Minister Mamata Banerjee is pitted against her once trusted lieutenant Shuvendu Adhikari who is now contesting on a BJP ticket.

Chants of ‘Jai Shri Ram’ greeted Mamata on Tuesday as she crossed the venue of Home Minister Amit Shah’s roadshow. While Didi has been camping in Nandigram and hitting out at Suvendu at every available opportunity and even calling him a ‘snake’ who she nurtured all these years, Amit Shah, who is leading a mega road show in poll-bound Nandigram, says the verdict is already out and BJP is confident of forming the next government in the state with over 200 seats.

Nandigram is being billed as the mother of all battles this election season with Shah and Mamata holding back to back rallies and road shows. BJP supporters literally chased Mamata with ‘Jai Shri Ram’ slogans this morning as she crossed the BJP rally venue.

And BJP give other parties gyan. #BengalElection2021

Mamata held a 8-km long padayatra earlier in the day starting from Khudiram More to Thakurchowk in Nandigram Block 2 in a bid to reach out to voters in the constituency.

While 39 assembly constituencies are going to polls in Assam in phase 2, 30 seats in West Bengal will be voting in the second phase of the election in the state.