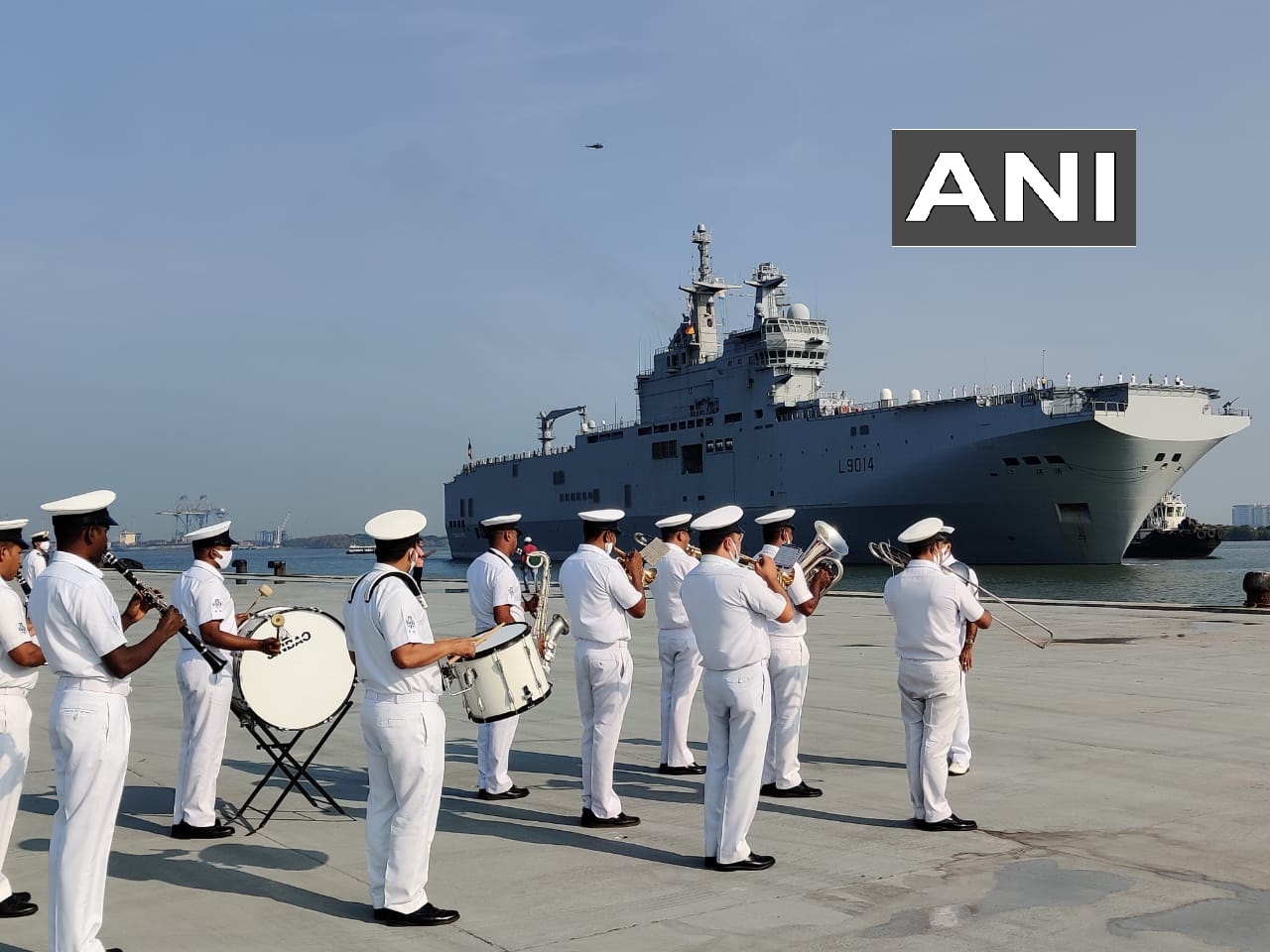 French Navy’s amphibious assault helicopter carrier Tonnerre and Surcoff frigate were welcome by the Indian Navy as they reached Kochi Port to lead naval exercise ‘La Perouse’ with QUAD member nations – India, the US, Australia and Japan. The exercise will begin on April 5 and continue till April 7 in the Bay of Bengal.

The ships were welcome by an Indian Navy band in the presence of senior officers of the Indian Navy.

The first edition of this naval exercise took place in 2019. This is for the first time India will be joining France-initiated La Pérouse exercises. The 2019 edition saw the participation of US, Australia, and Japan. The upcoming exercise – La Pérouse – has been named after a French naval officer and explorer from the 18th century.

Tonnerre carries more than 600 officers and cadets including 150 freshly inducted young cadets who will be participating in the exercise as the final phase of their training.

After finishing the exercise, the ships Tonnerre and Surcouf will head for Japan and will get back to France after five months.

India along with the US, Japan and Australia conducted a ‘Malabar’ naval exercise in the Bay of Bengal in November 2020. Navies of all four countries carried out anti-submarine warfare operations and naval manoeuvre at sea. Indian Navy’s Ranvijay, Shivalik, Shakti, Sukanya and submarine Sindhuraj exercised these operations with USS John S McCain, HMAS Ballarat and JMSDF Ship JS Onami. (With ANI)