A picture of a woman crying while looking at a policeman is being shared on social media in the backdrop of recent anti-coronavirus lockdown protests in The Netherlands. 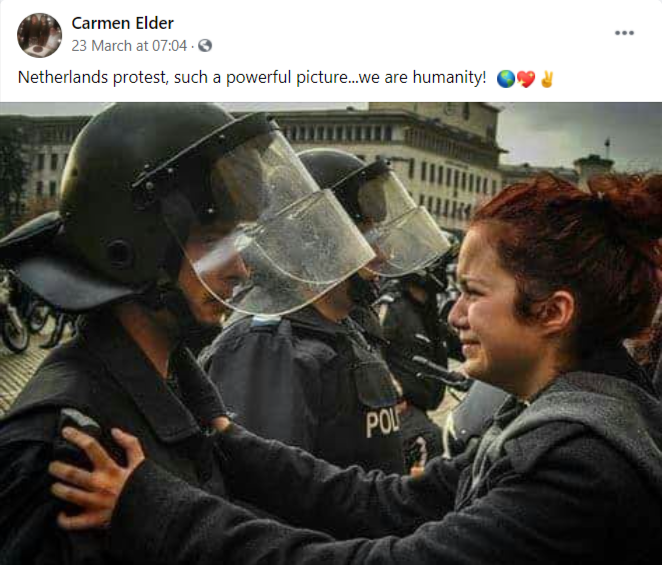 We put the picture through Reverse Image Search and found the same picture on Pinterest.

“Trying to create peace….The Riot police and protesters cry together in Sofia, Bulgaria, 2013,” the caption of the picture read.

We found the same picture in a blogpost from 2013 stating that the ‘picture was taken by Stefan Stefanov and it shows Bulgarian protester Desi Nikolova interacting with a police officer on the barricades outside what appears to be the Bulgarian National Bank building’. 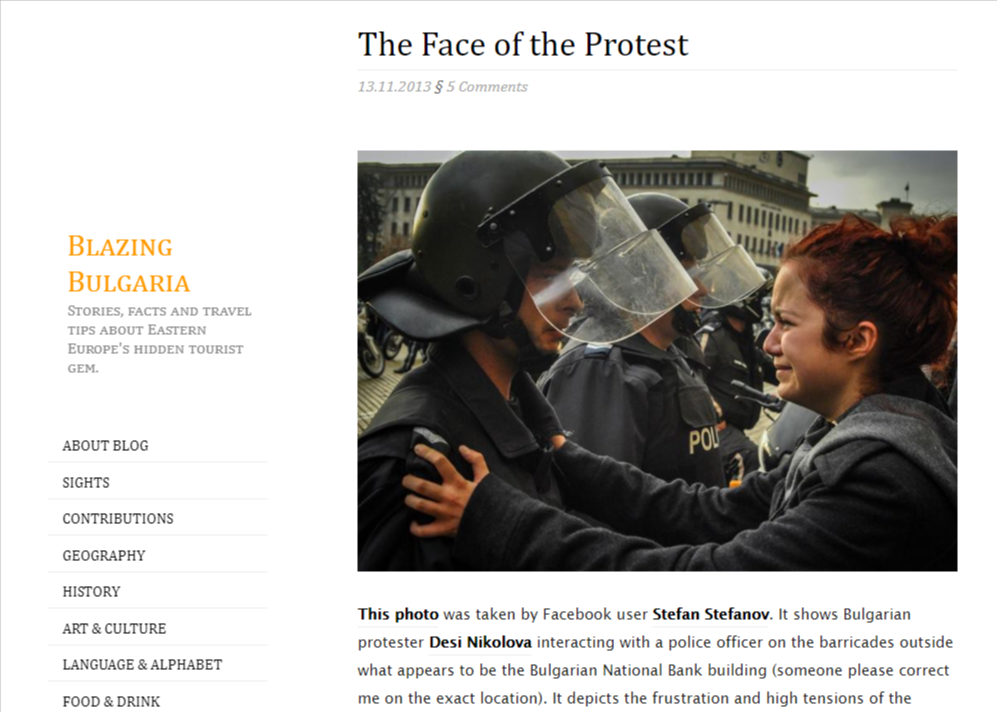 Taking a cue from this, we checked their Facebook profile and reached out to Desi Nikolova and Stefan Stefanov.

We found that Nikolova had updated the same picture as her Facebook cover photo on September 27, 2020. 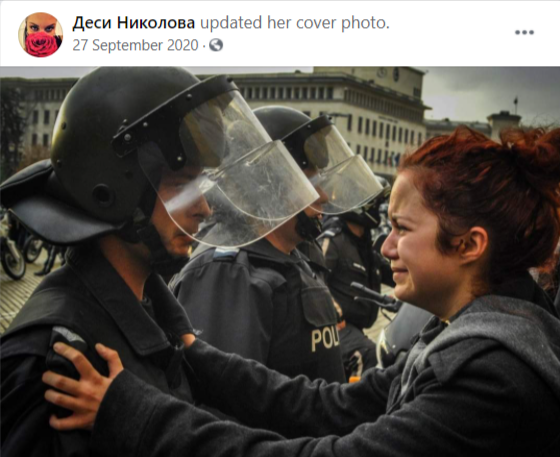 We also reached out to Stefan Stefanov, who confirmed to NewsMobile, that the picture was taken by him in 2013.

Hence, from the above fact check, it is clear that the picture was taken in 2013 and not recently in The Netherlands.