Home NM FACT CHECKER Fact Check: No, The Meaning Of AstraZeneca Does NOT Translate To ‘Weapon... 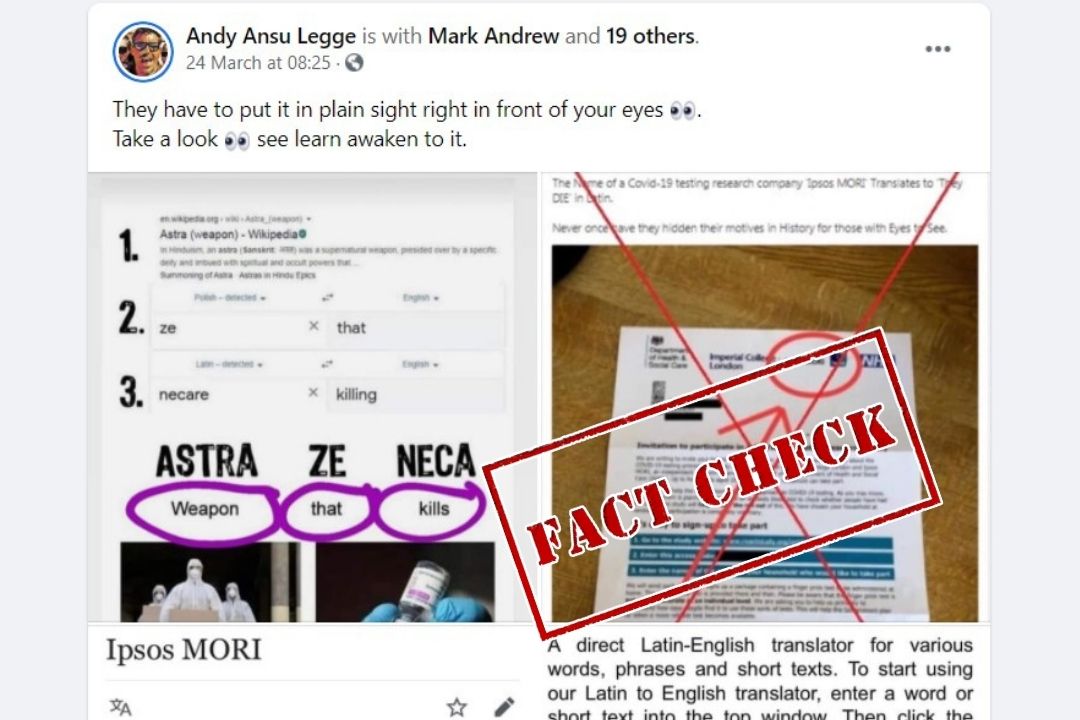 A post is being shared on social media with a claim that the name of British-Swedish drugmaker AstraZeneca means “weapon that kills”.

The post is doing rounds on social media as millions of Oxford/AstraZeneca COVID-19 vaccines are being administered to people around the world.

A Facebook user shared the post with a caption that reads: They have to put it in plain sight right in front of your eyes 👀. Take a look 👀 see learn awaken to it.” 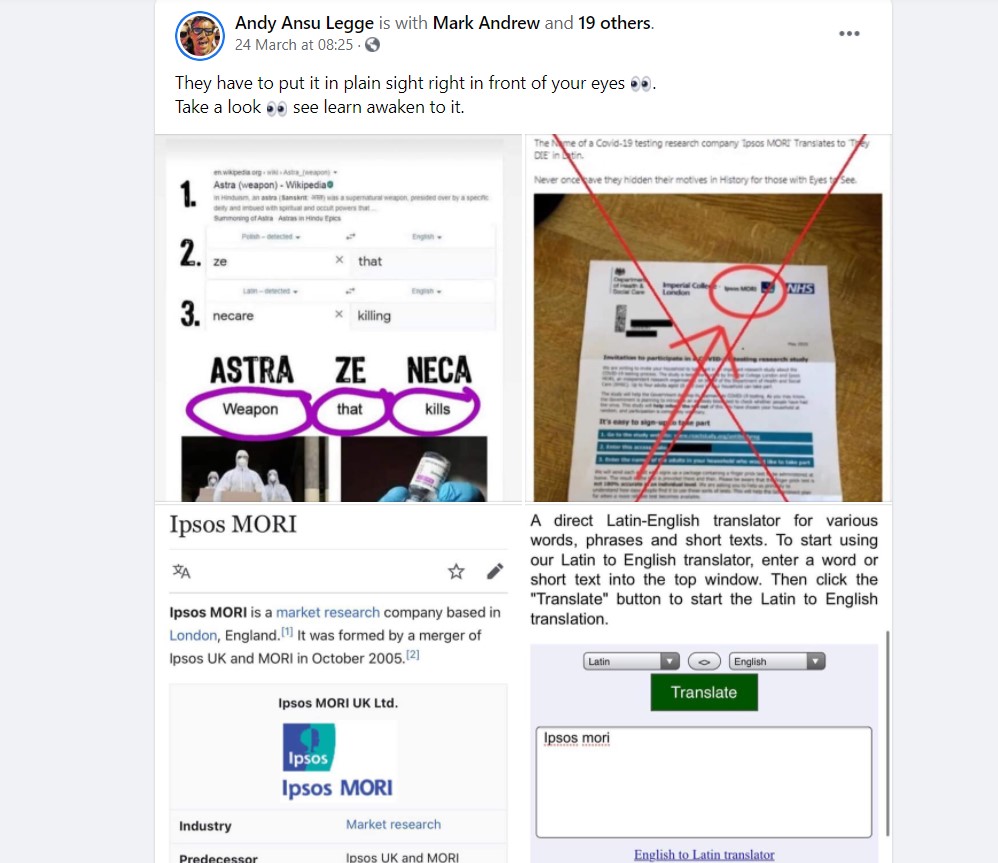 NewsMobile fact-checked the claim and found it to be false.

Firstly, we looked at the first picture from the post which has a Wikipedia page titled “Astra (weapon)”.

The picture also shows a screenshot of a Google Translate window, suggesting that ‘ze’ is the Polish word for ‘that’ and ‘necare’—rather than ‘neca’—is the Latin word for ‘killing’.

“Astra Ze Neca” means “weapon that kills” in a combination of Sanskrit, Polish and Latin languages. 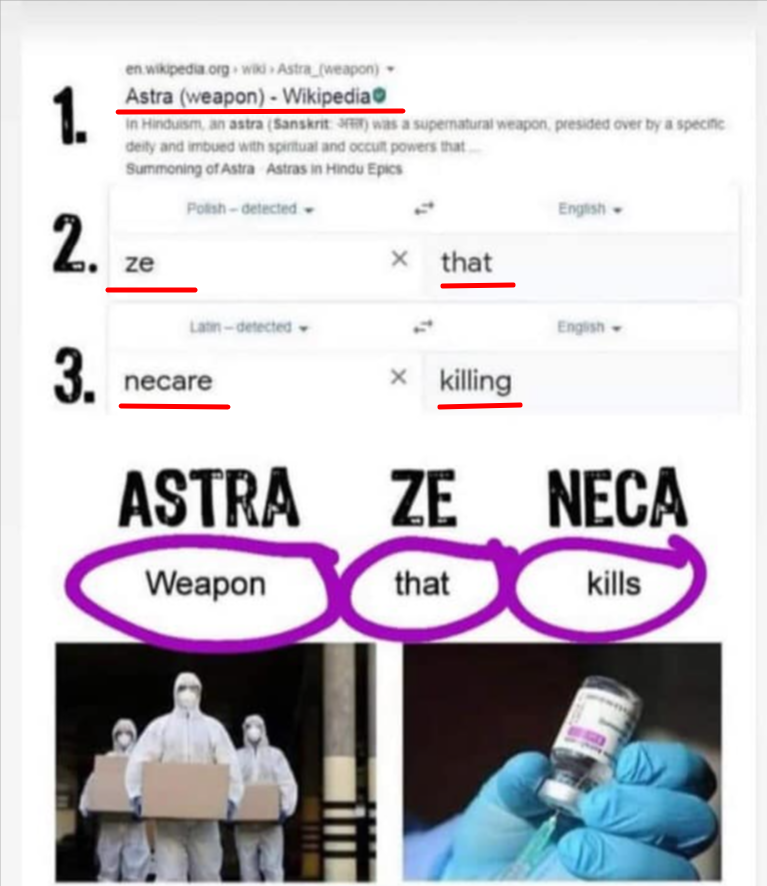 We then searched about the history of the company and found that in 1999, Swedish pharmaceutical company Astra AB and the UK-based Zeneca Group Plc merged to form AstraZeneca, according to articles published in pharmaphorum and BBC. 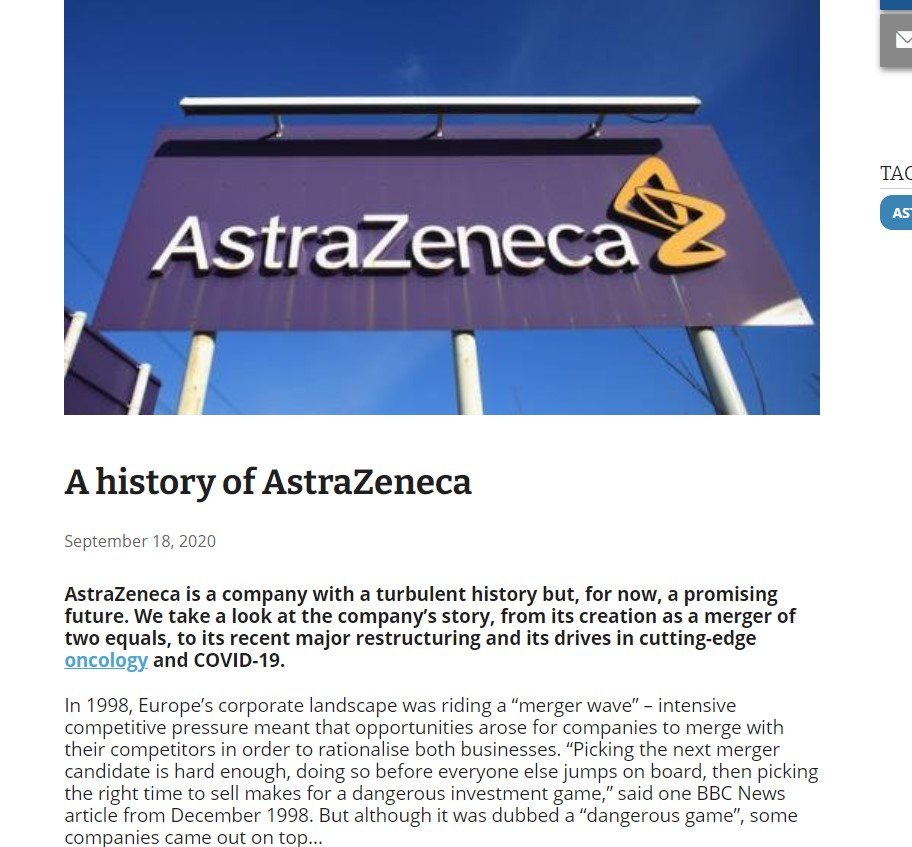 We then searched about the company along with some relevant keywords and found a tweet by the company, explaining the origins of its name in a series of tweets on October 17, 2019.

Astra AB was founded in 1913 in Södertälje, Sweden.’Astra’ has its roots in the Greek astron, meaning ‘a star’.
Zeneca was formed in June 1993 by the demerger of the pharmaceuticals and agrochemicals businesses of Imperial Chemical Industries (ICI) into a separate company.

According to the tweet, Astra AB took its name from the Greek word Astra which means ‘a star’, while “Zeneca” is the name of a former British pharmaceutical company and does not have any other meaning in any language.

“Zeneca” is an invented name, created by an agency instructed to find a name which began with a letter from either the top or bottom of the alphabet and was phonetically memorable, of no more than three syllables and did not have an offensive meaning in any language.

Hence from the above information, we can state that the claim that the name of AstraZeneca means “weapon that kills”, is false.