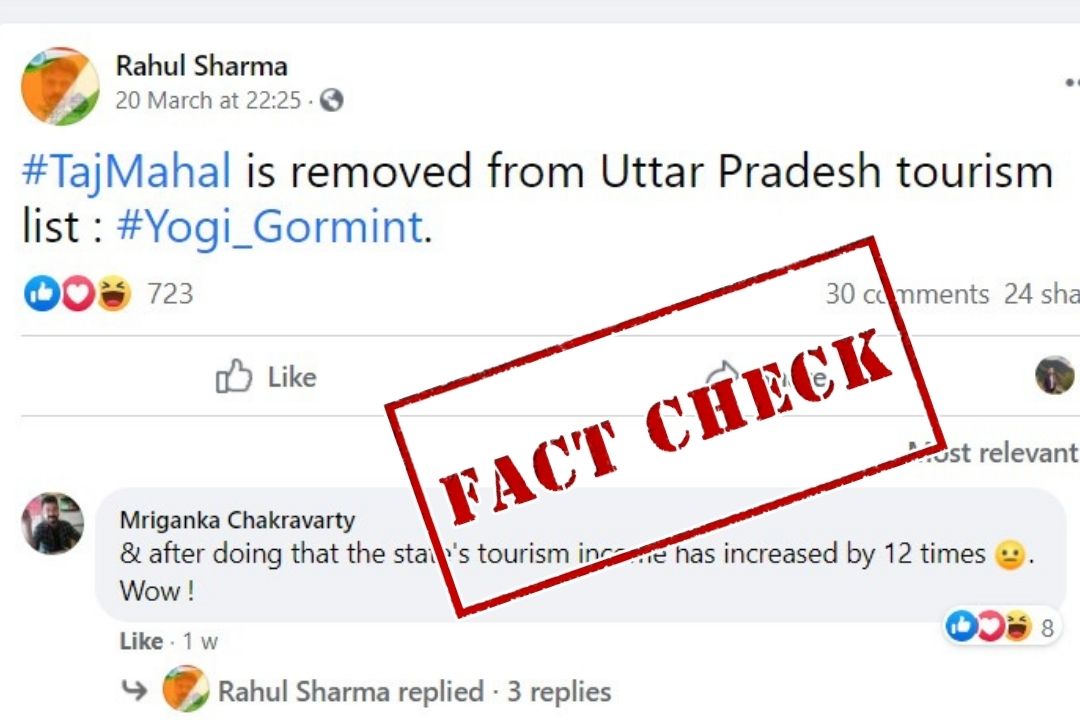 A message is being shared on social media with a claim that Taj Mahal has been removed from Uttar Pradesh tourism list.

Firstly, we ran a search and found some media reports which suggested that in 2017, the UP government had released a tourism booklet, ‘Uttar Pradesh Paryatan – Apaar Sambhavnayen’ (Uttar Pradesh Tourism-Unlimited Possibilities) on World Tourism Day and Taj Mahal was not featured in it.

The reports also added that UP government denied the allegations and provided clarification on the same.

It also said Awanish Kumar Awasthi, Director General of UP tourism department, told The Times Of India that it was not a compendium of tourist attractions in UP but merely a book highlighting the works done by the government and the projects it plans to take up. 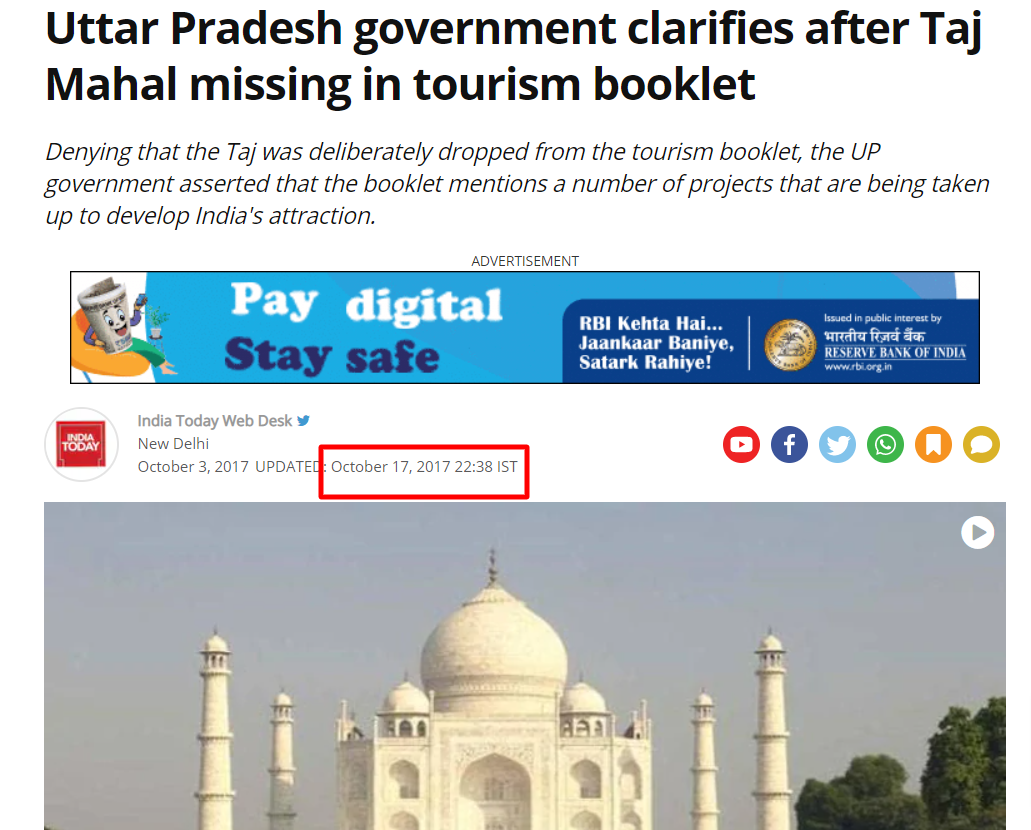 According to a Financial Express report, dated October 2017, the UP government said that UP tourism already proposed a Rs 156 crore plan for development of Taj Mahal and the area around the monument. 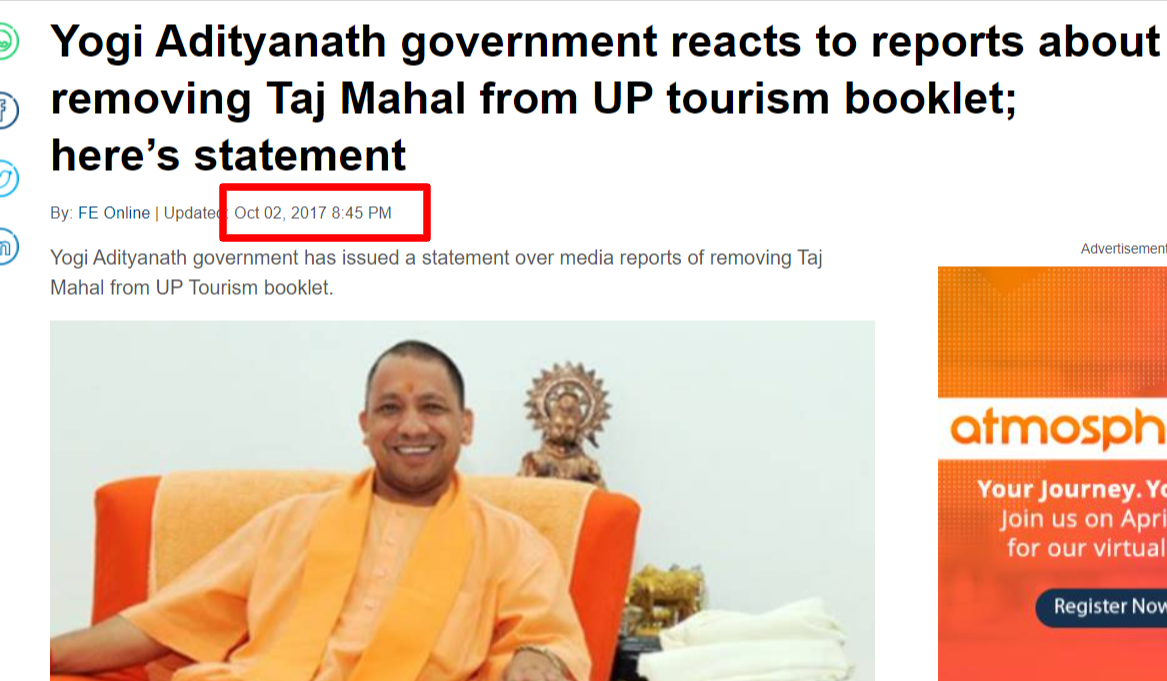 We then checked the UP Tourism website, where we found the Taj Mahal as the top destination in Agra of UP.

On further investigation, we also found a brochure on the website, which has information about Taj Mahal on Page 11. 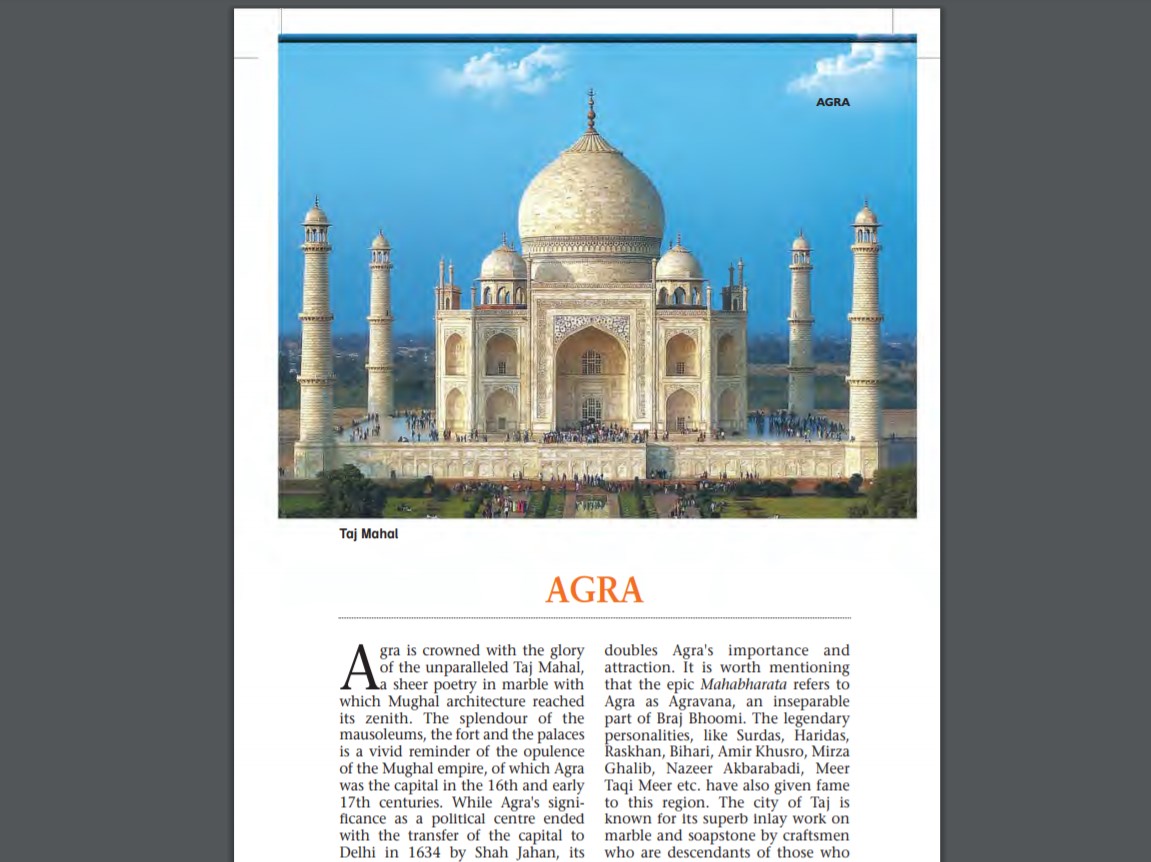 Also, we couldn’t find any recent media report about the removal of the Taj Mahal from the UP Tourism list.

Hence, from the above information, it is clear that the Taj Mahal has not been removed from UP Tourism list. The claim in the viral message is false.