The post claims that Sonia Gandhi once took former Prime Minister Manmohan Singh on a tour of Bangladesh along with some other Congress leaders. 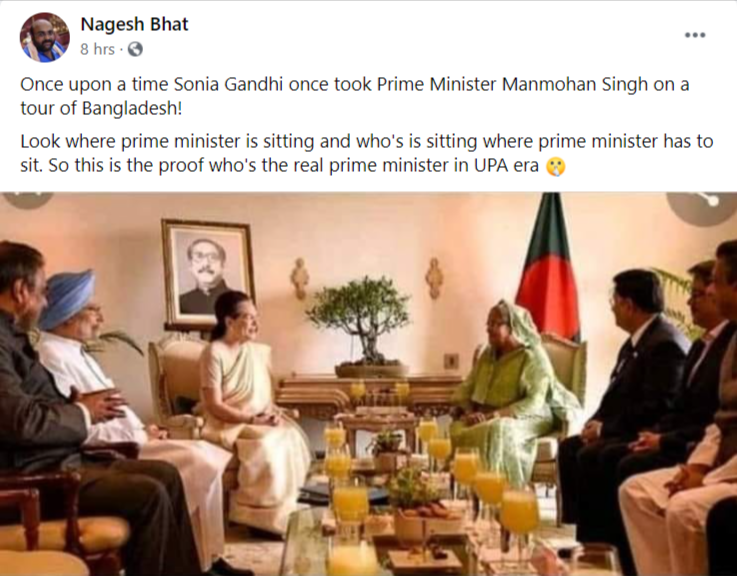 We ran a keyword search and found the same picture in an article by The New Indian Express dated October 6, 2019. 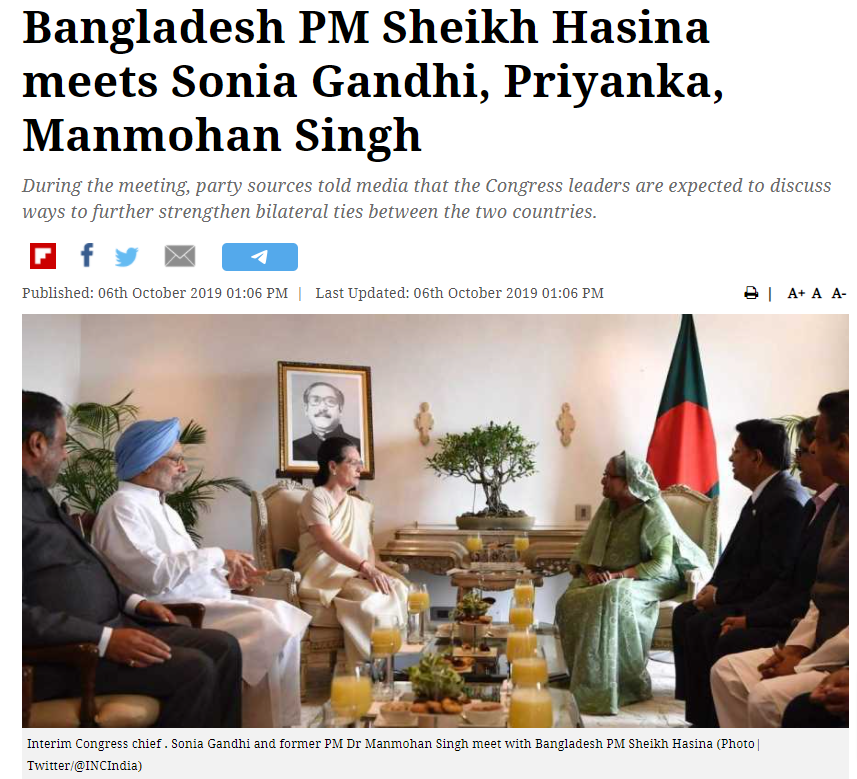 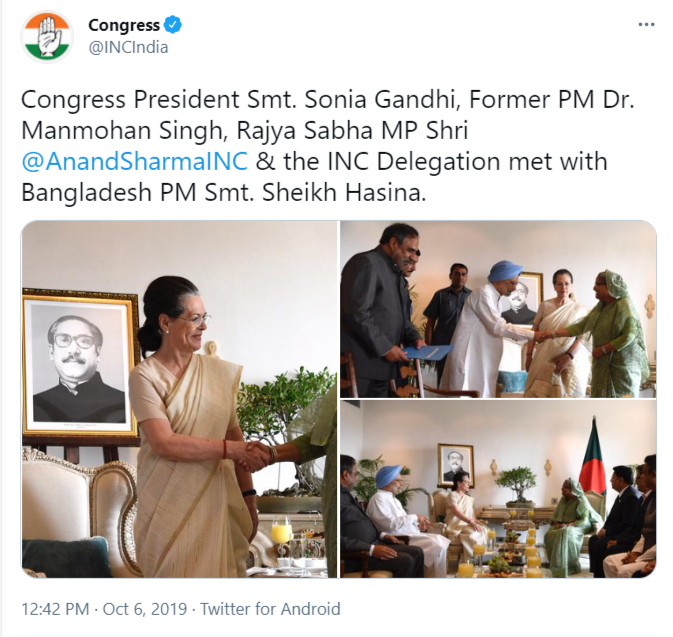 It should also be noted that Manmohan Singh served as the 13th Prime Minister of India from 2004 to 2014. During his tenure, he paid a State visit to Bangladesh in September 2011.

This proves that the picture was taken after the NDA Government came to power and hence, the claim attached to the viral picture is false and misleading.