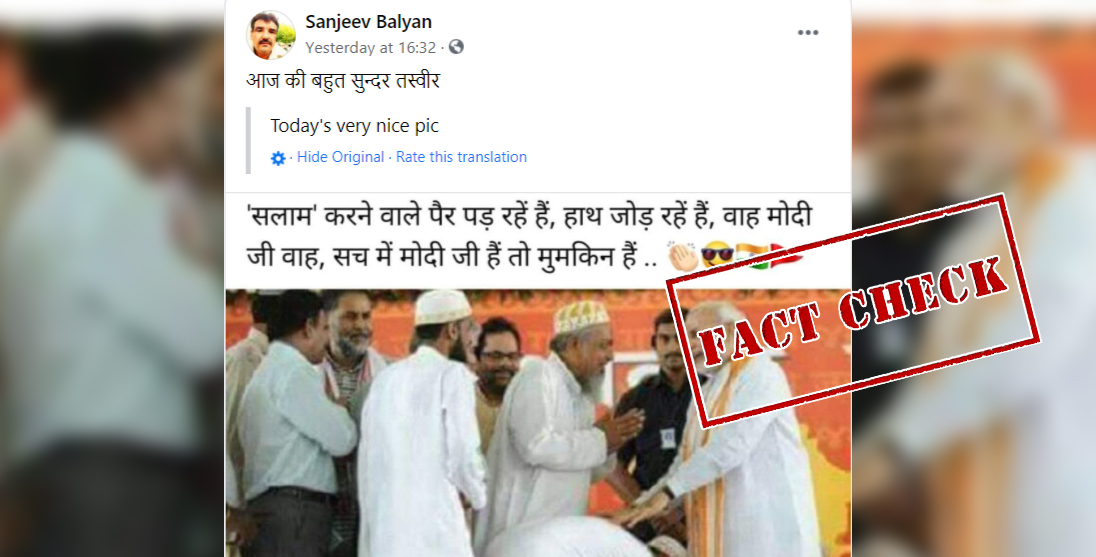 Prime Minister Narendra Modi concluded his two-day visit to Bangladesh on March 27, 2021. In the wake of this, a picture of a man in a skullcap touching PM Modi’s feet is being shared on social media. 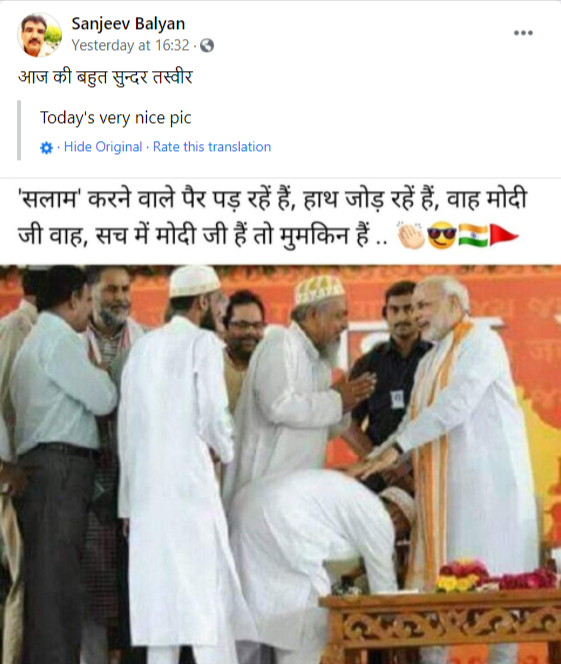 NewsMobile fact-checked the post and found that the picture in circulation is old.

We ran the picture through Reverse Image Search and found the same picture in a blog post from 2013. 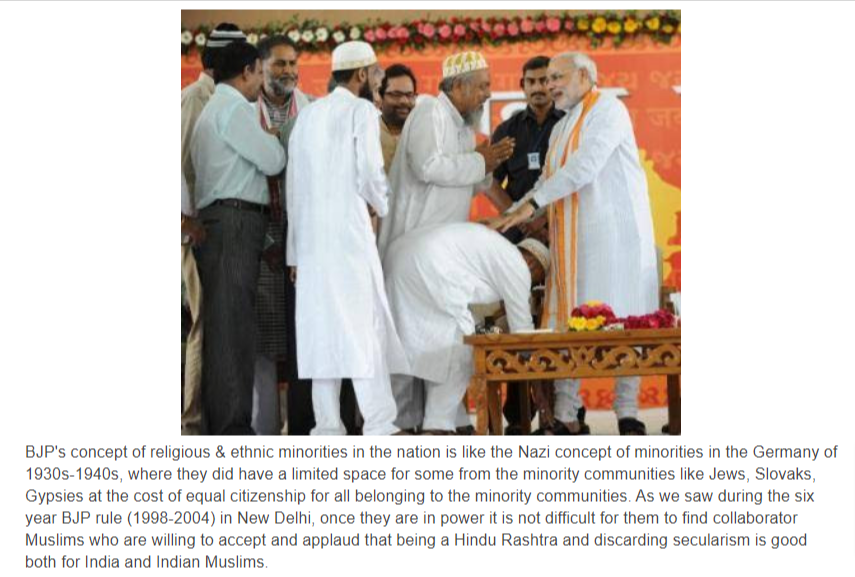 We also found the same image in a 2014 article by Firstpost. “Narendra Modi with Muslim supporters. AFP,” the picture caption read. 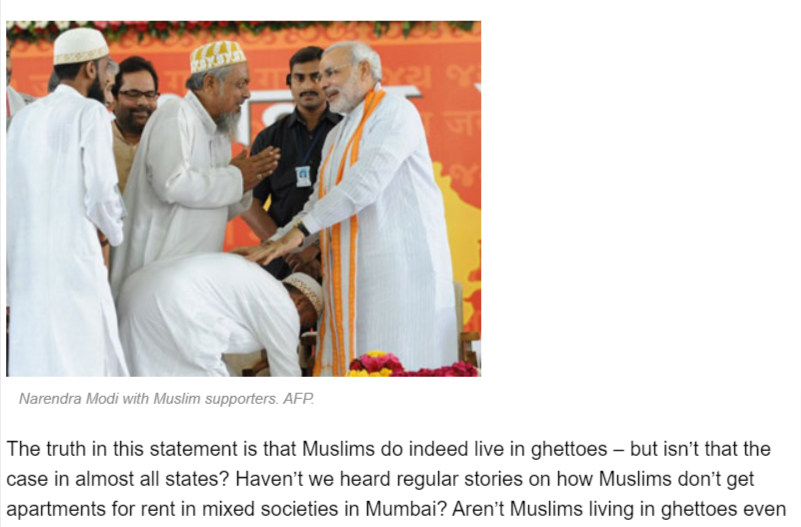 Based on this, we ran another a search using some keywords and found the same image on Getty Images‘ website.

According to the picture description, it was clicked in Ahmedabad on September 17, 2011. 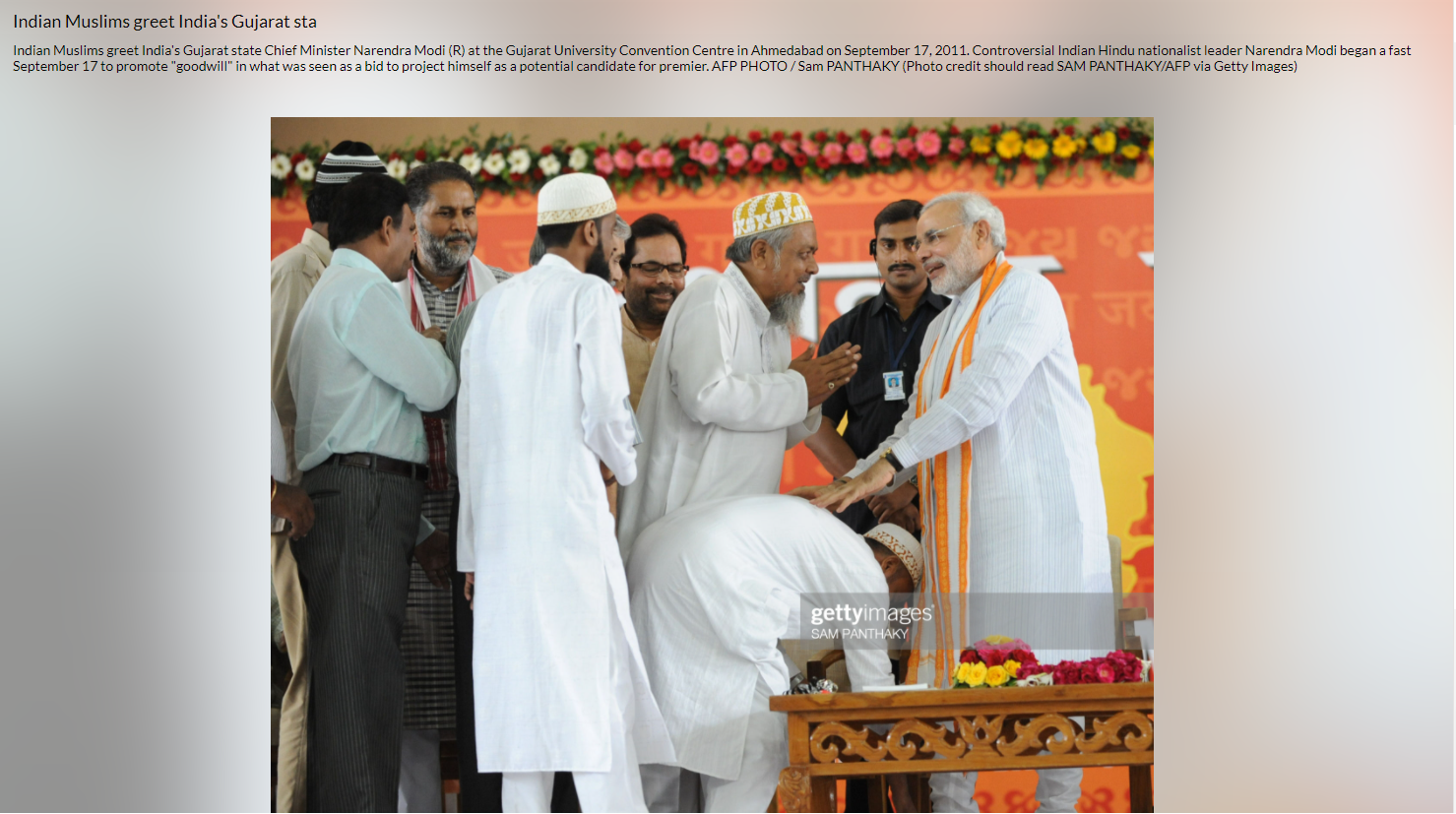 The description of the picture read: Indian Muslims greet India’s Gujarat state Chief Minister Narendra Modi (R) at the Gujarat University Convention Centre in Ahmedabad on September 17, 2011. Controversial Indian Hindu nationalist leader Narendra Modi began a fast September 17 to promote “goodwill” in what was seen as a bid to project himself as a potential candidate for premier. AFP PHOTO / Sam PANTHAKY (Photo credit should read SAM PANTHAKY/AFP via Getty Images)

Hence, from the above fact check, we can conclude that the above picture was not taken recently in Bangladesh.