2.Teesta water sharing issue discussed. The Indian side also requested for early finalization of a draft for sharing of water of Feni River

3.India and Bangladesh to cooperate on space sector, artificial intelligence, power and energy 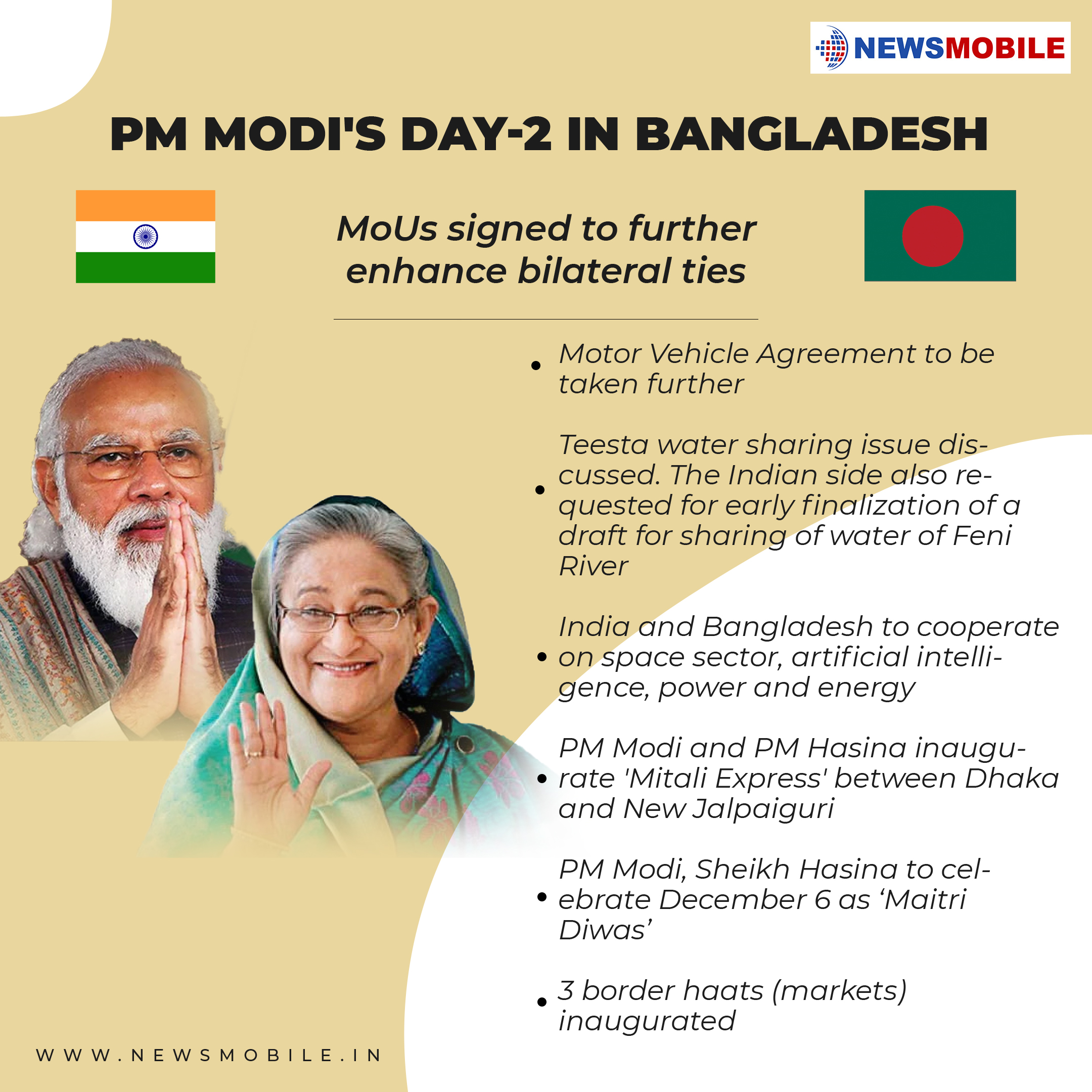 It was a fruitful visit by Prime Minister Narendra Modi to neighbouring Bangladesh. The Day 2 of his visit began with a trip to the Shaktira Jeshoreshwari temple which is around 300 kilometres from the capital Dhaka.

After the visit, Narendra Modi said, ”I had the good fortune to visit this holy shrine and offer my prayers to Ma Kali. I pray to the Mother that the world is freed soonest of the Covid pandemic.”

Mukut made of silver with gold plating. Hand made over three weeks by a traditional artisan. pic.twitter.com/xNg0pjrmkZ

Next, PM Modi went to Tungipara, the mausoleum complex of the first PM of Bangladesh, Sheikh Mujibur Rahman. This is also the ancestral home of the late leader. He was received there by the Bangladesh Premier and Rahman’s daughter Sheikh Hasina.

PM Modi also visited the Matua temple in Orakandi, the birthplace of Hindu mystic figure and Matua community’s spiritual Harichand Thakur. This visit to the temple was significant in view of the first round of voting in the Assembly polls taking place in West Bengal. The Matua community is an important vote base for the BJP in Bengal.