A picture of a ship on fire is being shared on social media with a claim that it is an Israeli owned ship which was reportedly hit by a missile near Oman.

“Breaking news…an Israeli owned ship is reportedly hit by a missile in the Sea of Oman…more info to come, ” the Facebook caption read. 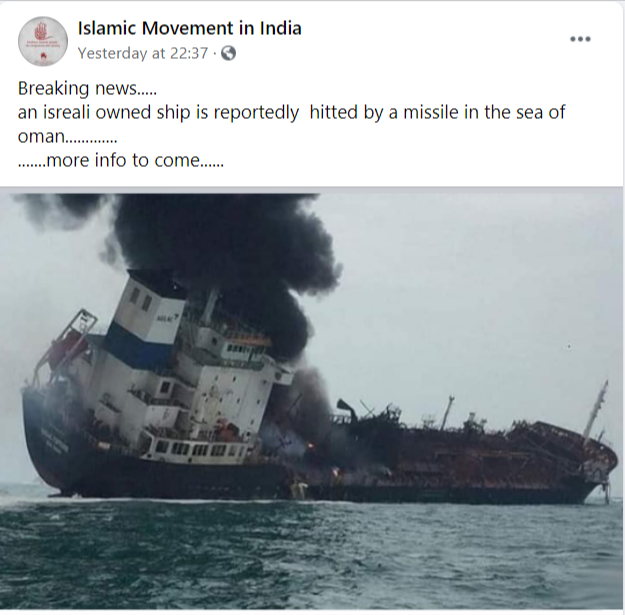 We fact-checked the post and found it to be misleading.

We ran the picture through Reverse Image Search and found the same picture in multiple articles from 2019.

We found a report by Euronews from January 2019, featuring the same image.

The caption of the image read, “An oil tanker on fire is seen near Lamma island, Hong Kong, China January 8, 2019. Hong Kong Police Force/Handout via REUTERS.” 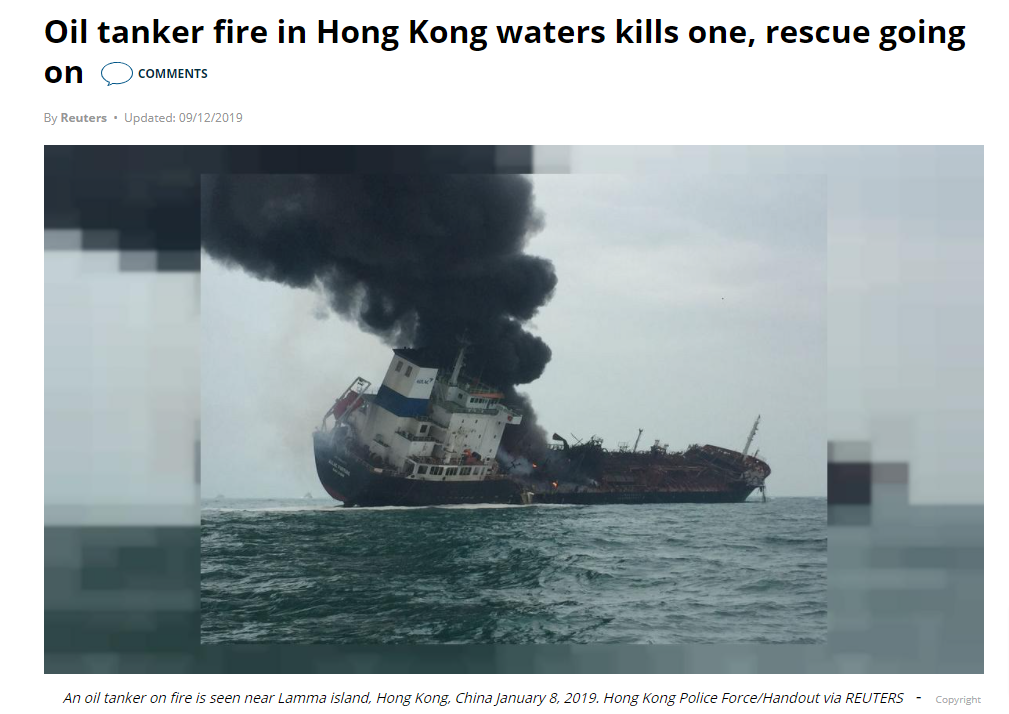 According to the report, Aulac Fortune, an oil tanker caught fire in Hong Kong’s southern waters on January 8, 2019, killing one crew member.

Video of the same incident was also reported in an article by The New York Times dated January 8, 2021. 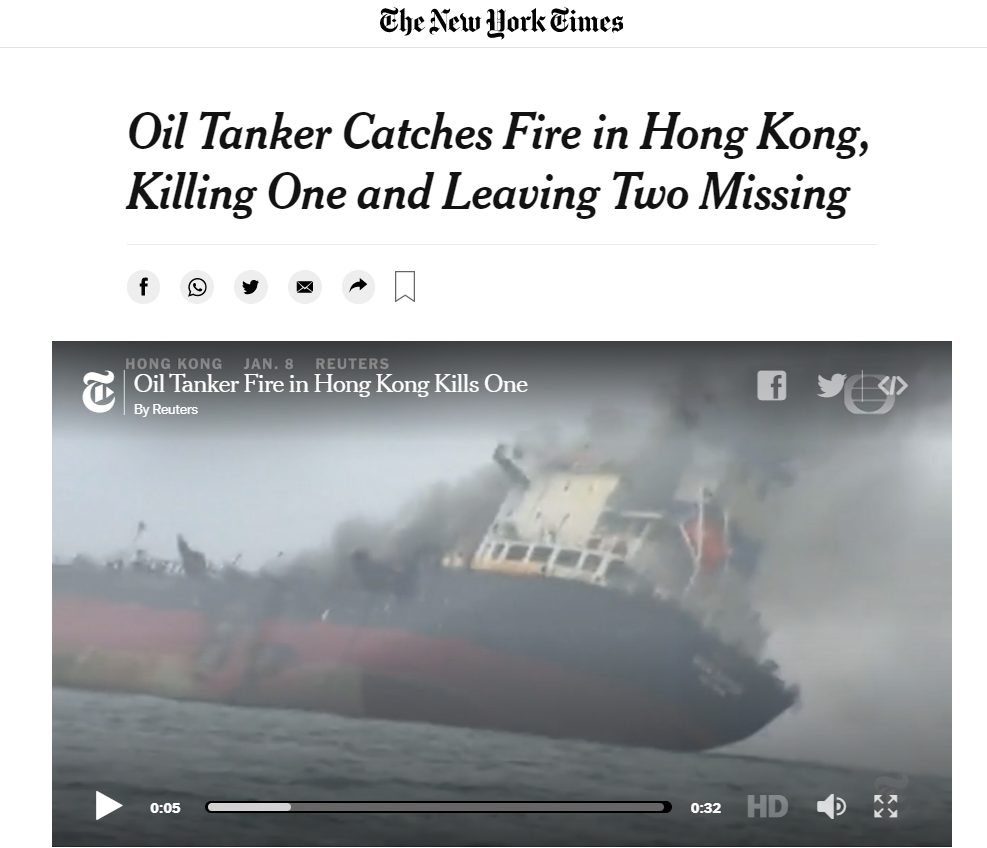 Other reports featuring the same image can be seen here and here.

This proves that the image in circulation is old.

We then processed to check the veracity of the claim and found recent media reports stating that an Israeli-owned ship was reportedly hit by a missile.

According to a report by Reuters, an Israeli security official mentioned that a cargo ship owned by an Israeli company was damaged by a missile in the Arabian Sea on March 25, 2021, in what was suspected to be an Iranian attack. 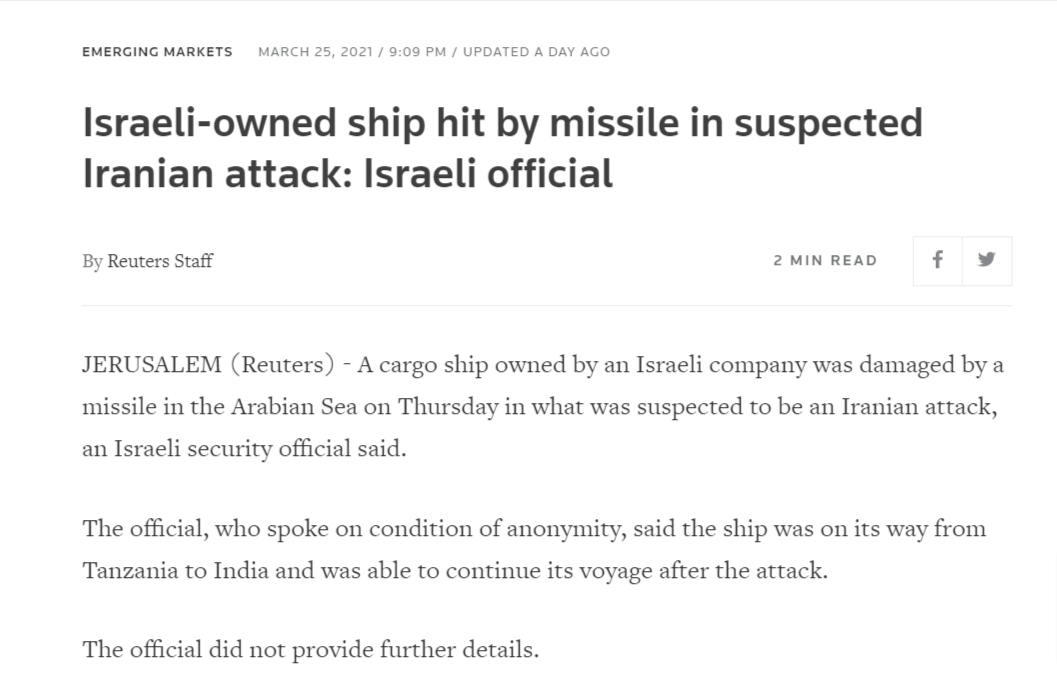 The report also mentioned that the ship sailing under a Liberian flag did not sustain serious damage.

Hence, from the above information, is clear that the post in circulation is misleading.