A video of some people falling after a railing broke, is doing rounds on social media with a claim that seven students died after falling from the fourth floor of a building in Guwahati, Assam.

“7 students died after falling from 4th floor in a crowded area in Guwahati,” the post caption read.

We ran a keyword search and fund that the same video was shared on YouTube on March 3, 2021, by RTVE Noticias, a Spanish news portal.

As per the title of the video, the incident took place at a University in Bolivia. 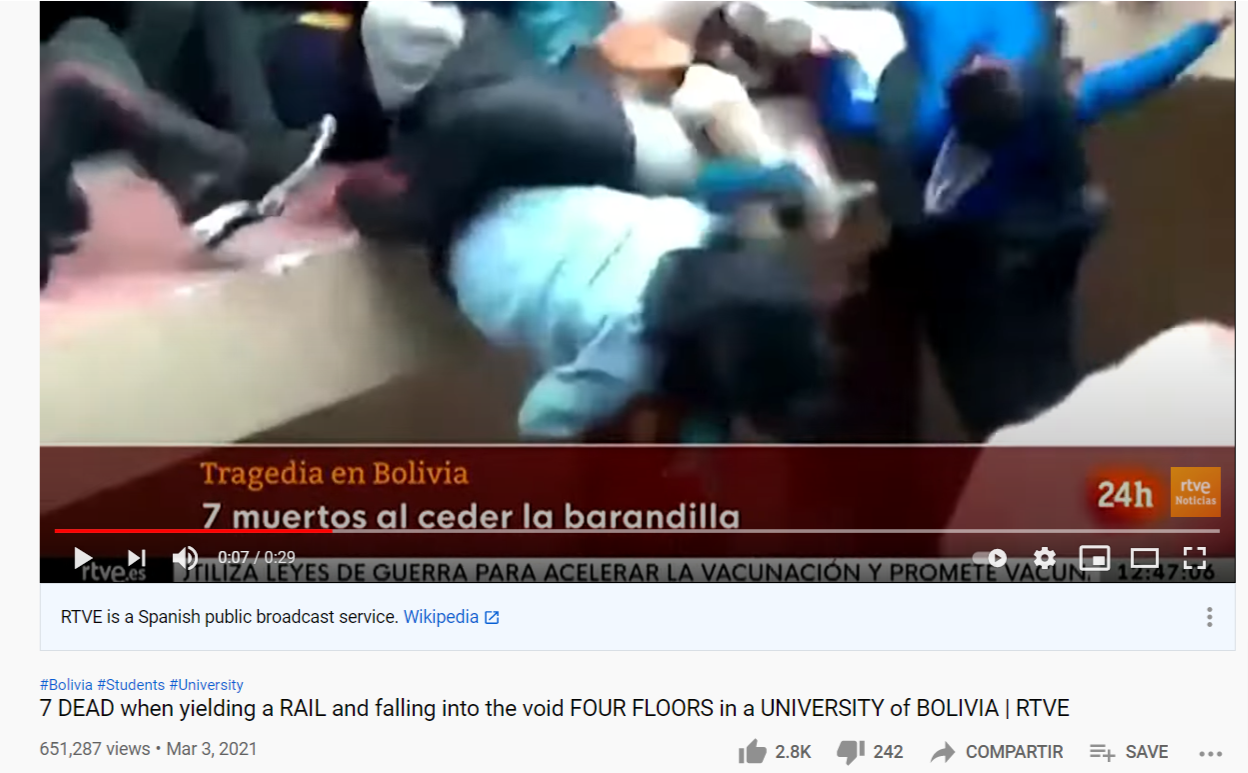 On March 6, Inside Edition uploaded the video of the same incident from a different angle. 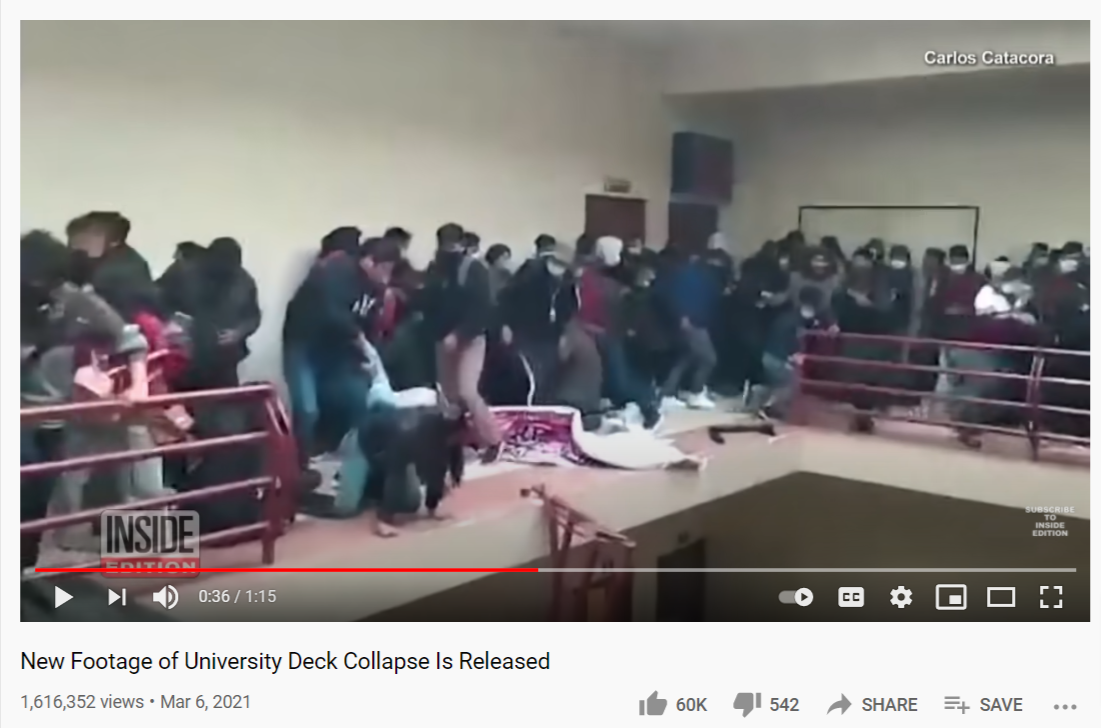 The description of the video read: New footage and new information has emerged from this week’s deck collapse in Bolivia. Before the accident, hundreds of students at El Alto Public University can be seen gathering on a fourth floor balcony. Then, the railing gives way. In the wake of the tragedy, grieving friends and parents gathered outside university buildings. Bolivia’s president said via social media, “Our deepest condolences to the Alteño people and to the bereaved families.”
According to a report published in Al Jazeera on March 3, 2021, at least seven students died and five were seriously injured when they fell from the fourth floor of a university building in Bolivia after a metal railing gave way. 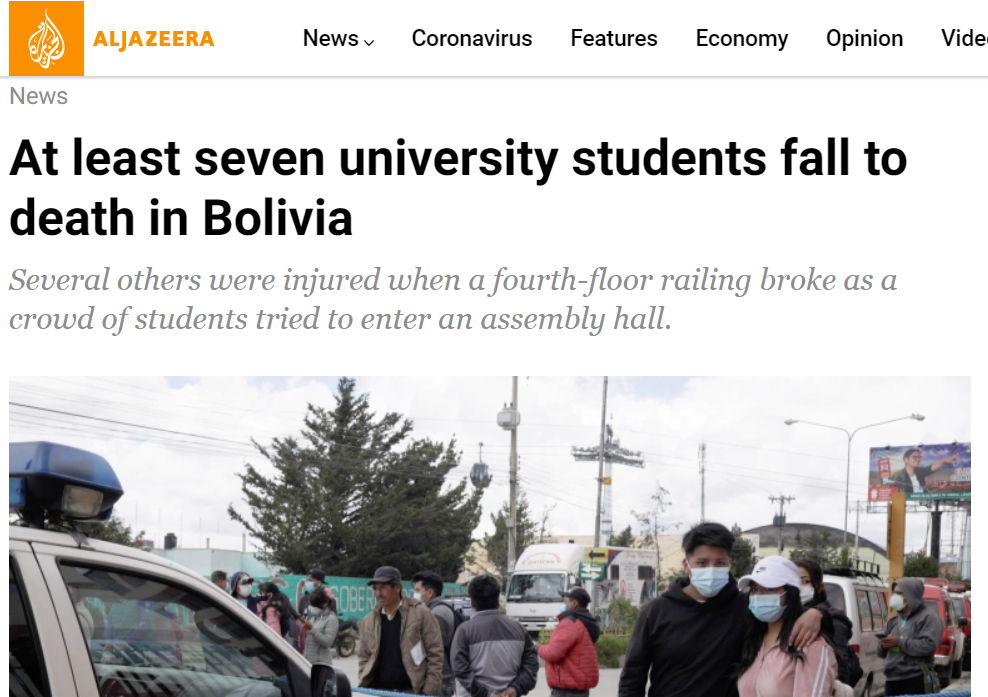 The same was reported by News 18 and the New York Post. 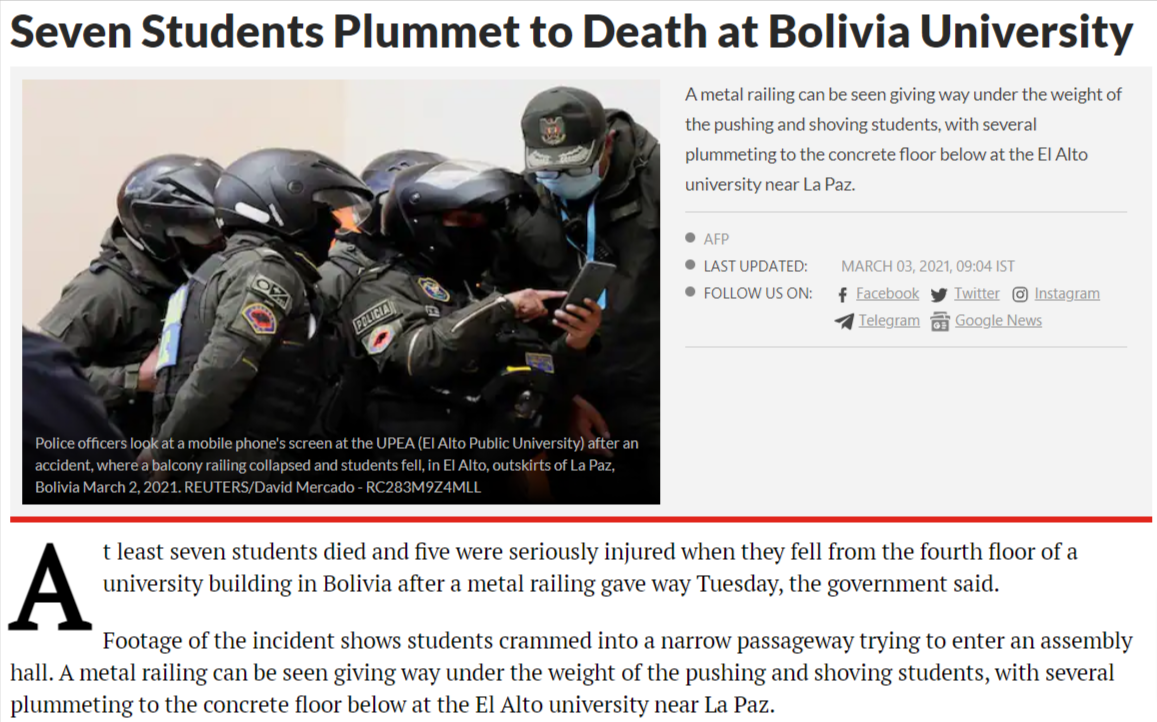 Moreover, we searched for any recent reports for any such incident in Guwahati but did not find any media report to support the claim. Hence, the claim is fake and misleading.