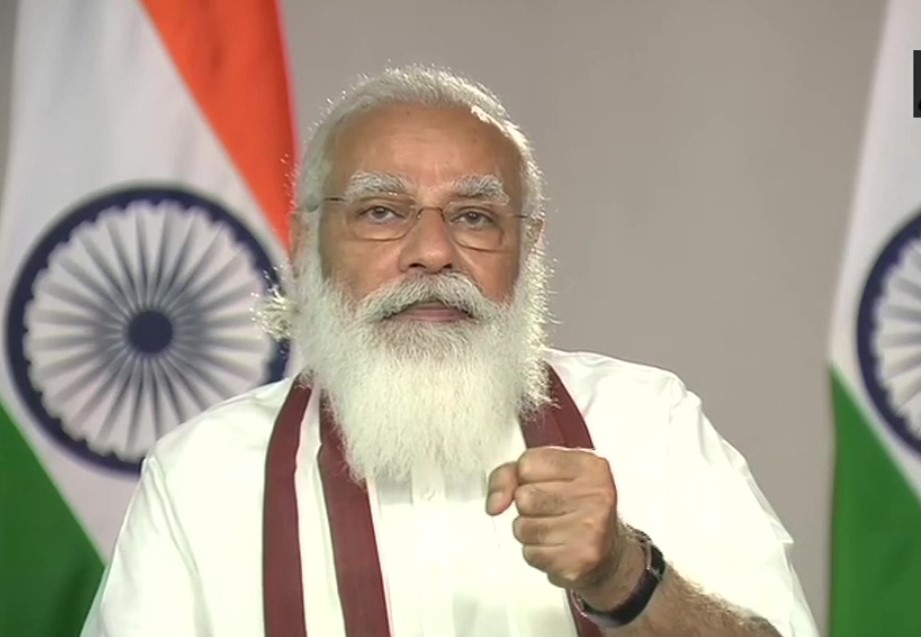 Prime Minister Narendra Modi on Monday assured that his government has made ‘water governance’ a priority in its policies and decisions to ensure the vision of India’s self-reliance.

He said this while virtually addressing the launch of ‘Jal Shakti Abhiyan: Catch the Rain’ campaign. “Our government has made water governance a priority in its policies and decisions. In the last six years, many steps have been taken in this direction”: said Prime Minister Modi at the launch of the campaign on World Water Day.

“For the first time after independence, a government is working so seriously with regard to water testing. And I am also happy that in this campaign of water testing, sisters and daughters living in our village are being added,” said PM Modi.

“With the introduction of Catch The Rain, a major step has also been taken for the Ken-Betwa link Canal. This agreement is important to realize Atal ji’s dream in the interest of millions of families of Uttar Pradesh and Madhya Pradesh,” PM Modi said.

“The agreement of Ken Betwa Link Project heralds the beginning of inter-state cooperation to implement the vision of Former Prime Minister Atal Bihari Vajpayee to carry water from areas that have surplus water to drought-prone and water deficit areas, through the interlinking of rivers. This project involves the transfer of water from the Ken to the Betwa River through the construction of Daudhan Dam and a canal linking the two rivers, the Lower Orr Project, Kotha Barrage and Bina Complex Multipurpose Project,” read a statement by PMO.

It will provide annual irrigation of 10.62 lakh ha, drinking water supply to about 62 lakh people and also generate 103 MW of hydropower. The Project will be of immense benefit to the water-starved region of Bundelkhand, especially to the districts of Panna, Tikamgarh, Chhatarpur, Sagar, Damoh, Datia, Vidisha, Shivpuri and Raisen of Madhya Pradesh and Banda, Mahoba, Jhansi and Lalitpur of Uttar Pradesh.

It will pave the way for more interlinking of river projects to ensure that scarcity of water does not become an inhibitor for development in the country.

In the presence of the Prime Minister, the signing of historic Memorandum of Agreement between the Union Minister of Jal Shakti and the Chief Ministers of Madhya Pradesh and Uttar Pradesh to implement the Ken Betwa Link Project, the first project of the National Perspective Plan for interlinking of rivers, also took place.