After the news of a boy being thrashed for drinking water at a temple in Ghaziabad in Uttar Pradesh came to light, a lot of fake news related to the incident is being circulated on social media.

One such post claims that the same boy, identified as ‘Asif’ distributed drinking water to people travelling in trains last year, during lockdown.

This when translated to English meant,  “Say no to communal evil power BJP. Humanity is the Truth above all, there is nothing above that. The Asif who was beaten while drinking water in the temple to quench his thirst just for being a Muslim, the same boy quenched the thirst of thousands of thirsty people (irrespective of all caste and religion) during the lockdown. Because, he knows that Humanity is truth above all, nothing above that!” 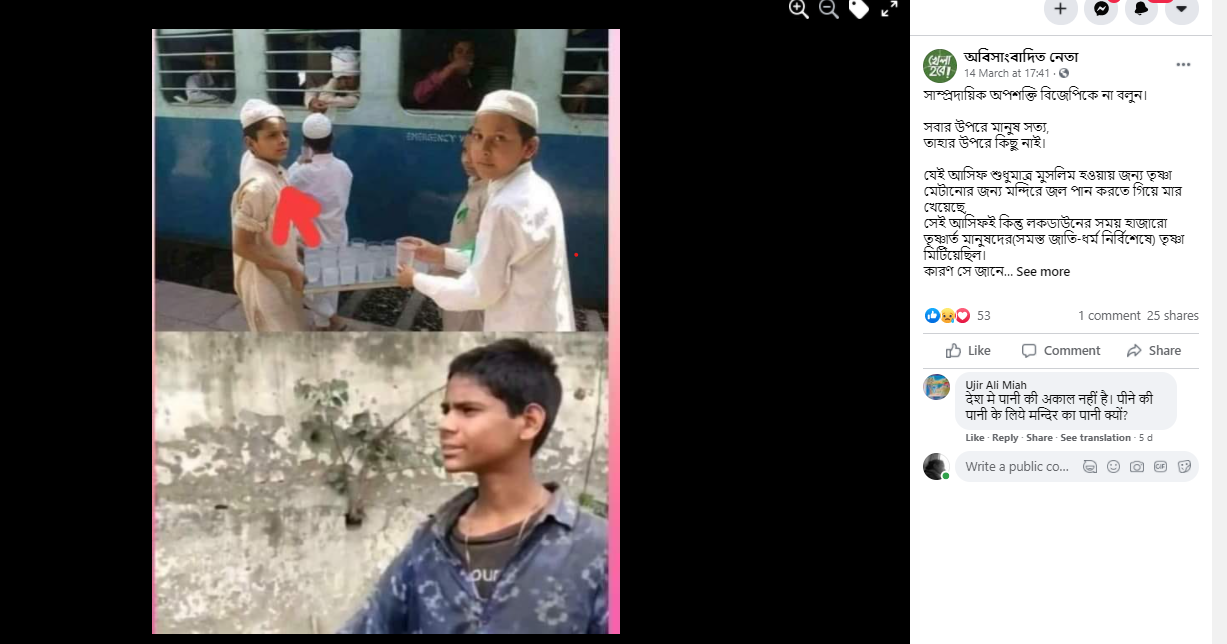 NewsMobile fact checked the above post and found that the claim in the post is false and misleading.

To find the truth, we first cropped the first half of the image (one attached with the claim) and ran it through the Reverse Image Search. The search led us to several posts with the same image with different claims.

For example, we found this post, shared in May 2020, in which it was claimed that the children from a local madarsa were providing cool water to migrants who were boarding trains to go to their villages during the lockdown.

Thereby, we got to know that this photo has been in circulation on the internet from last year.

On digging further, we found the same picture on Blogspot post dated May 21, 2016. The article originally in Tamil, shared the picture with a caption, “This is what Islam teaches us. Acts like these encourage the idea of ​​helping others at an early age.” 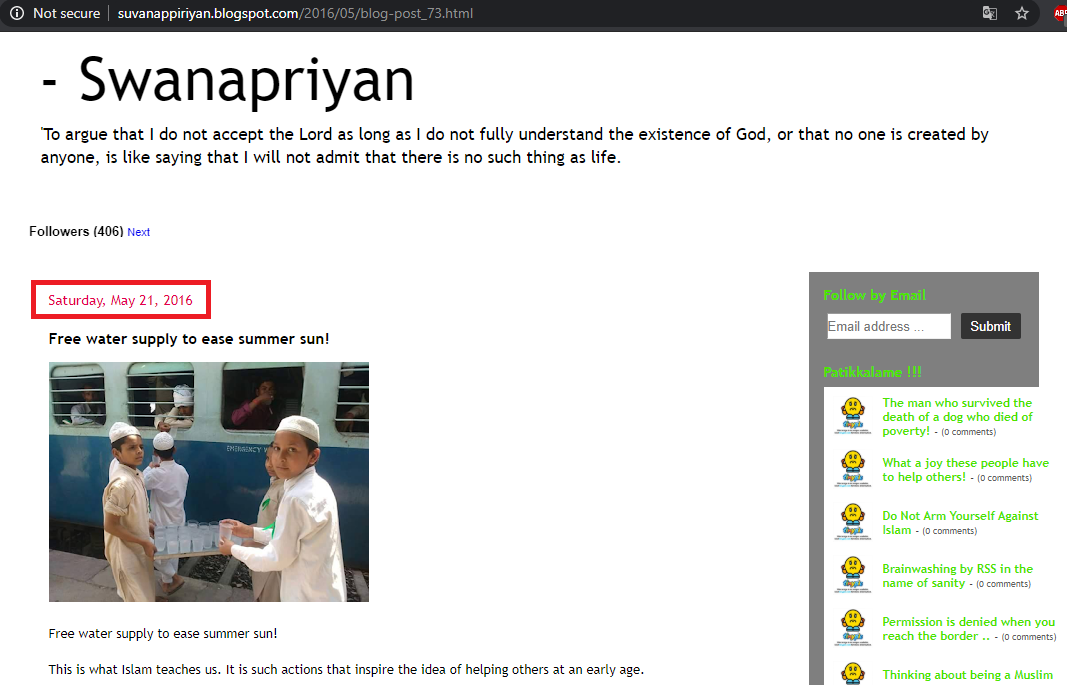 Hence, the above information establishes that the picture in question is old as it was already on the internet much before the coronavirus pandemic and lockdown.

Newsmobile had Fact Checked the same image with the claim of children quenching the thirst of migrants, last year as well. 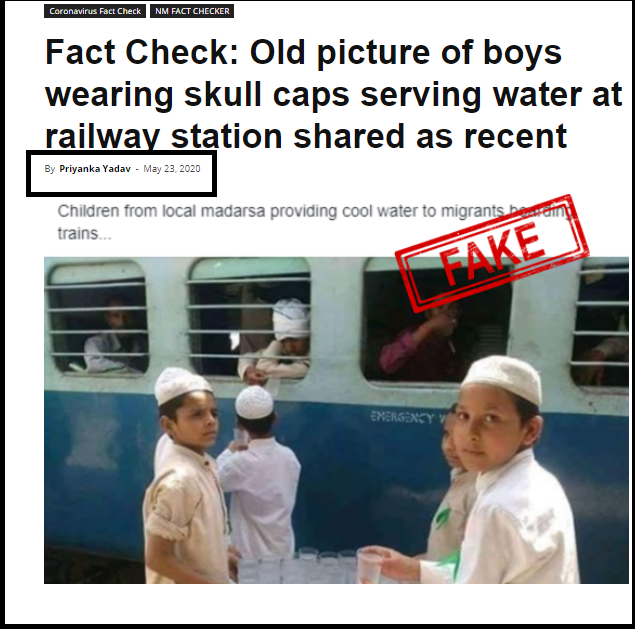 Though, NewsMobile could not independently verify the origin of the image, however, with all the above information, we can say that the children in the above post weren’t distributing the water to migrants during lockdown last year. Hence, the claim in the post is misleading and false and isn’t related to Asif as well.