Fact Check: This Video Of Man Thrashing A Child Is NOT From India; Here’s The Truth | Newsmobile
Monday, September 26, 2022

Home NM FACT CHECKER Fact Check: This Video Of Man Thrashing A Child Is NOT From...
ShareTweetGoogleWhatsappPrint
Mail

A video of a man beating a young boy is doing rounds on social media. It is being claimed that the incident took place in a madarsa in Uttar Pradesh.

“Why UP Govt wants CCTVs in Madrassas?”, The post read. 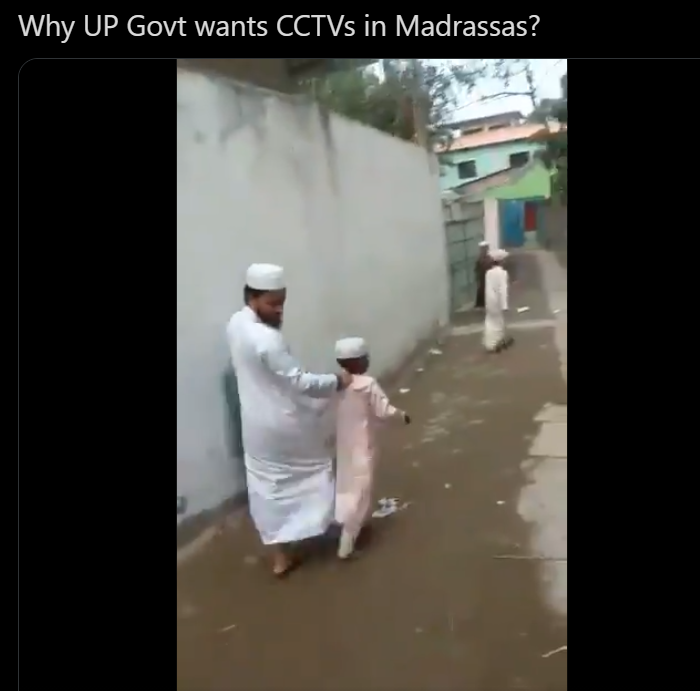 We put the screengrab of the video through Reverse Image Search and found a report by Dhaka Tribune dated March 14, 2021. The headline of the report read, “HC for taking care of tortured madrasah student’s study.” 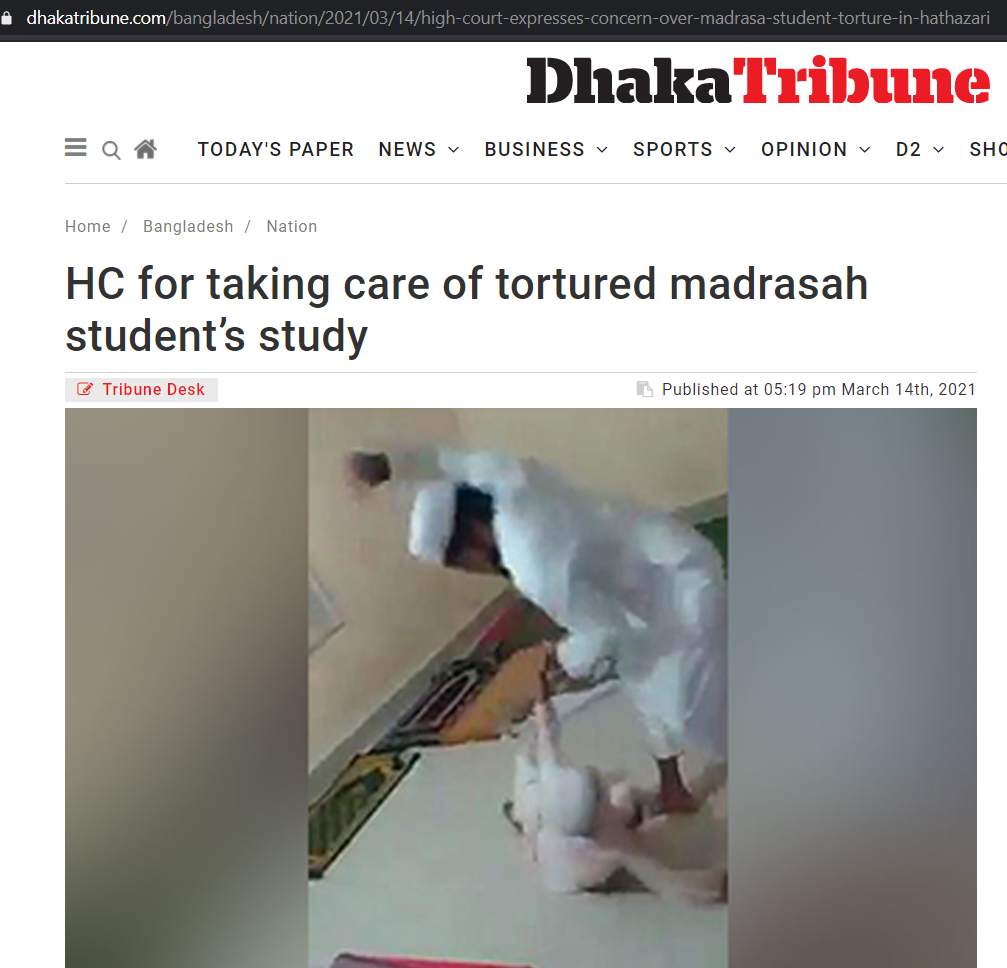 According to the report, the incident took place at a madrasa in Chittagong’s Hathazari municipality in Bangladesh. The man, Mawlana Md Yahia Islam, was seen beating a student on March 9, 2021. It further added that the boy was reportedly beaten up for running after his mother who had come to visit him on his birthday.

We found that the incident was covered in another Bangladesh based news organisation The Business Standard. The headline of the report read, “Madrasa teacher arrested after mercilessly beating up a minor student in Chattogram.” 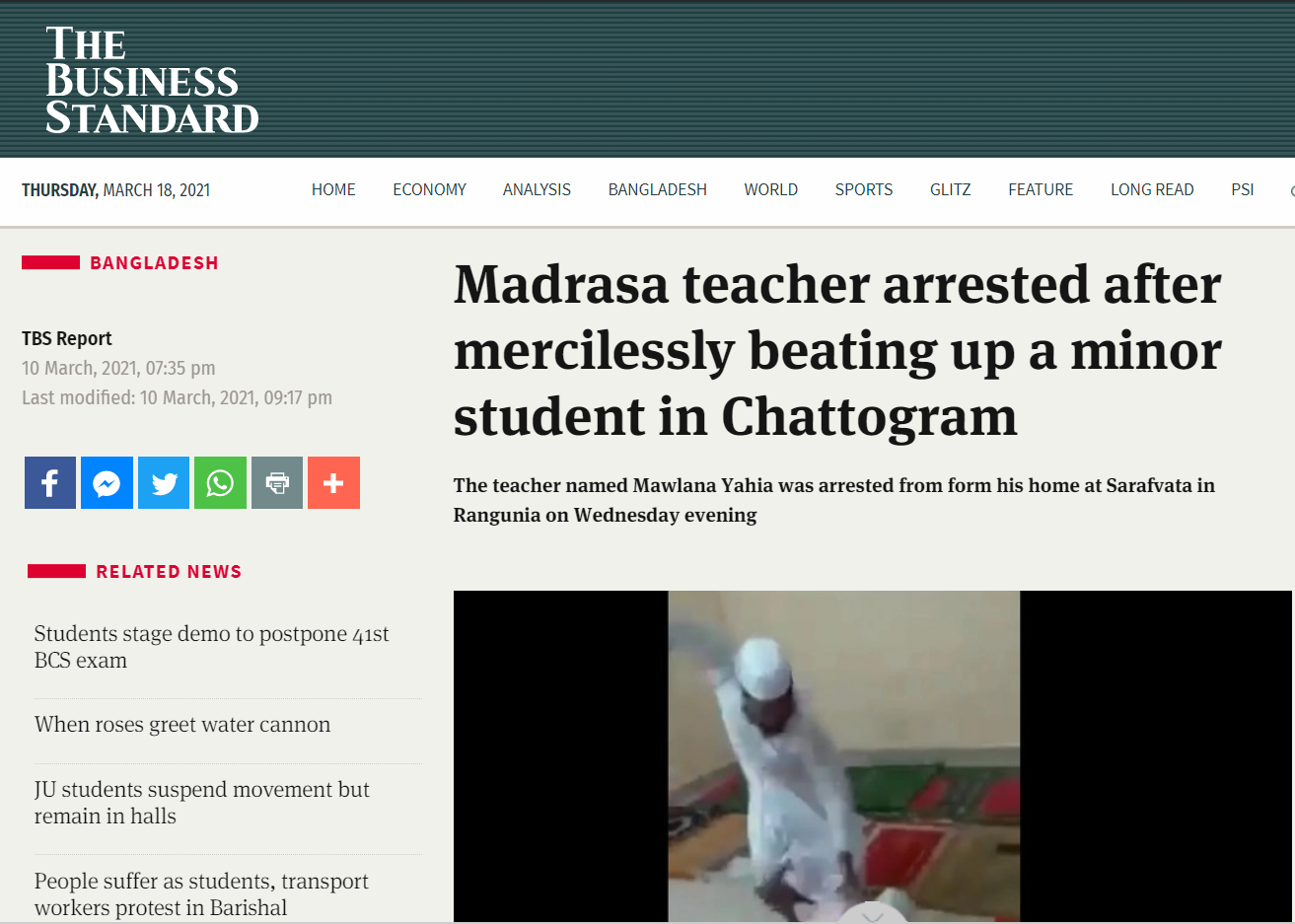 The report stated that Police have arrested the teacher after the video of him beating up a student over a trifling matter went viral.

Hence, the above information proves that the post is not from India but Bangladesh, therefore, it is misleading.