A picture of former Jammu and Kashmir Chief Minister Dr Farooq Abdullah is being shared on social media with a claim that he offered prayers on the occasion of Mahashivratri.

The post also claims that Farooq Abdullah offered prayers at the temple only as a result of the abolition of Article 370 by the Central Government.

(Translation: Farooq Abdullah poured milk on the Shiva Linga on Mahashivaratri. Are these the side effects of the removal of Article 370 or the vaccine of BJP).

NewsMobile fact-checked the post and found that the picture is old.

We put the picture through a Reverse Image Search and found the same picture in an article dated June 10, 2019. 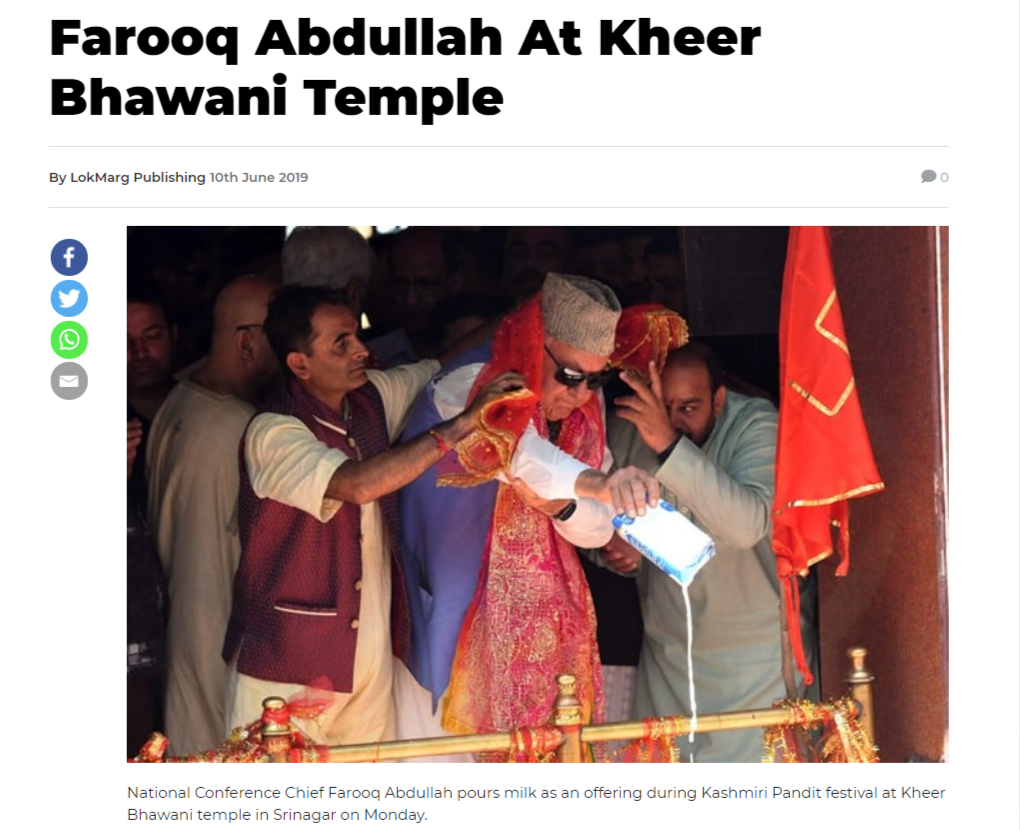 We then ran a search based on the above article and found the same picture on the website of Getty Images. 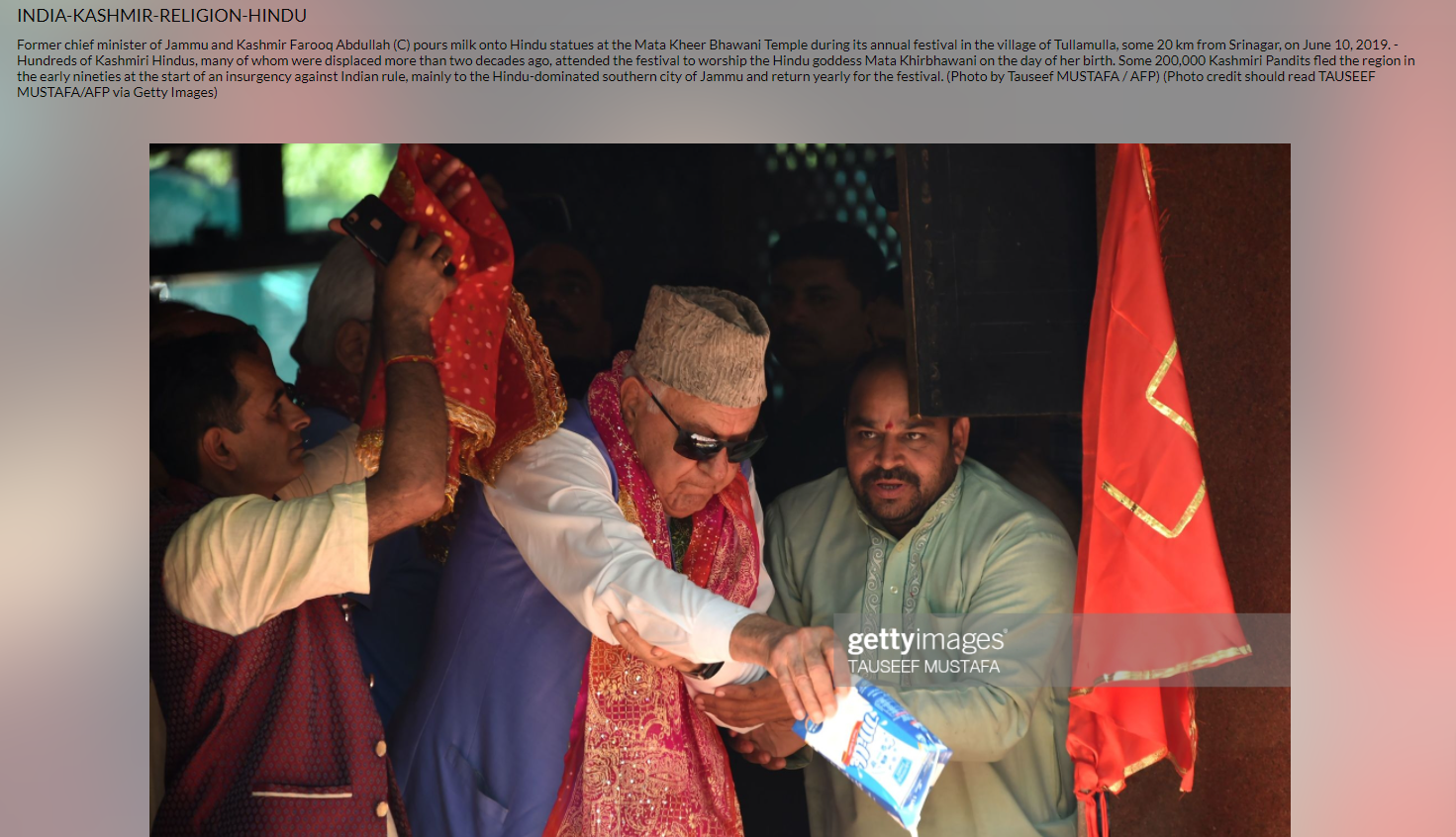 The description of the picture read: Former chief minister of Jammu and Kashmir Farooq Abdullah (C) pours milk onto Hindu statues at the Mata Kheer Bhawani Temple during its annual festival in the village of Tullamulla, some 20 km from Srinagar, on June 10, 2019. – Hundreds of Kashmiri Hindus, many of whom were displaced more than two decades ago, attended the festival to worship the Hindu goddess Mata Khirbhawani on the day of her birth. Some 200,000 Kashmiri Pandits fled the region in the early nineties at the start of an insurgency against Indian rule, mainly to the Hindu-dominated southern city of Jammu and return yearly for the festival. (Photo by Tauseef MUSTAFA / AFP) (Photo credit should read TAUSEEF MUSTAFA/AFP via Getty Images)

We also found several other pictures of Farooq Abdullah from the same location on Getty Images. They can be viewed here and here. 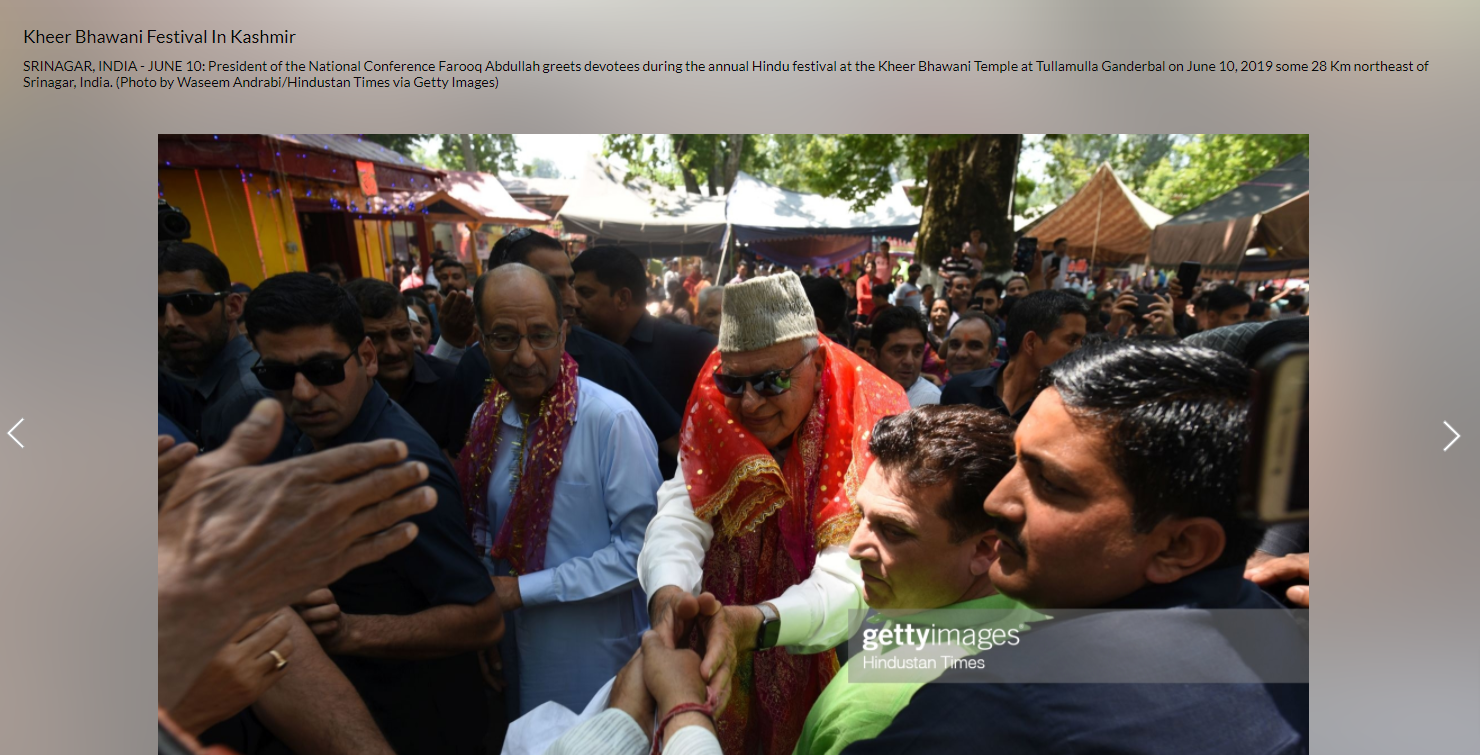 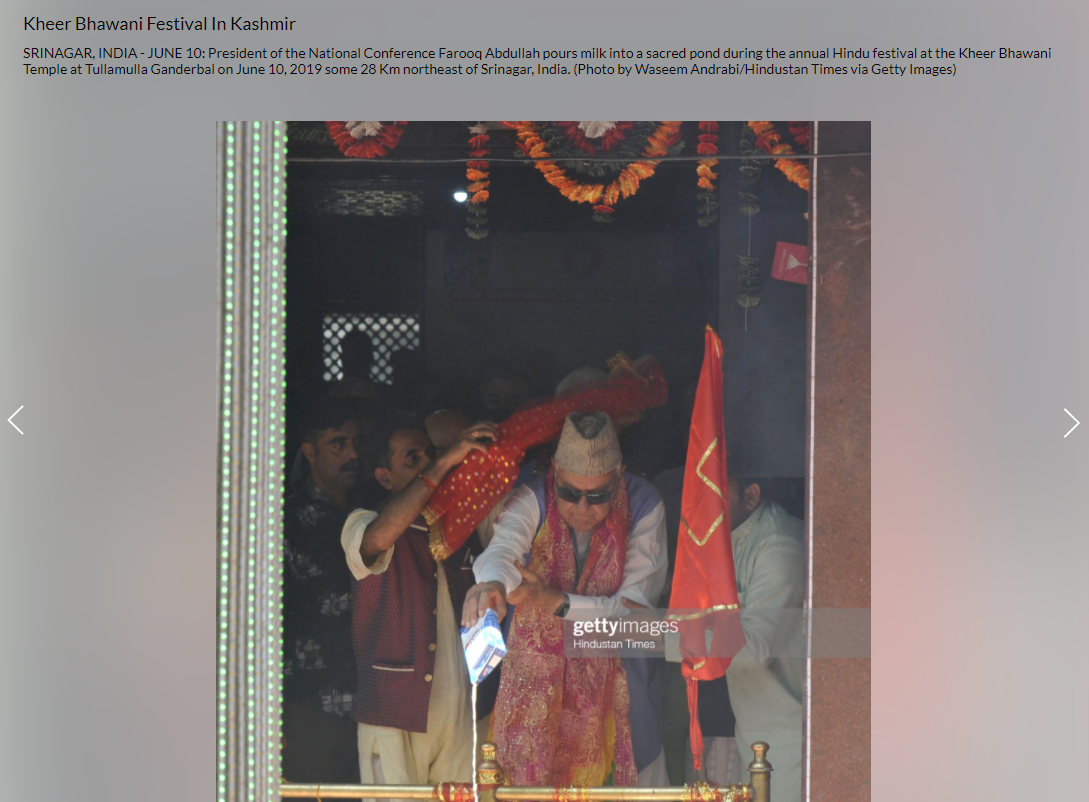 The union government revoked Article 370 in Jammu and Kashmir in August  2019. This proves that the picture was taken before the abrogation of the special status of Jammu and Kashmir and not after, as claimed in the viral post.

Hence, we can say the post is misleading and false as the picture in circulation is old and not taken during the Mahashivratri Puja this year.