A picture of a building is doing rounds on social media with a claim that it is a mosque built by Bangladeshi cricketer Shakib Al Hasan and his wife.

(Translation- Bangladeshi cricketer Shakib Al Hasan and his wife built a mosque in their city which cost about 90 lakh rupees. Shakib Al Hasan gave this expenditure from his pocket. May Allah fulfil his noble intentions) 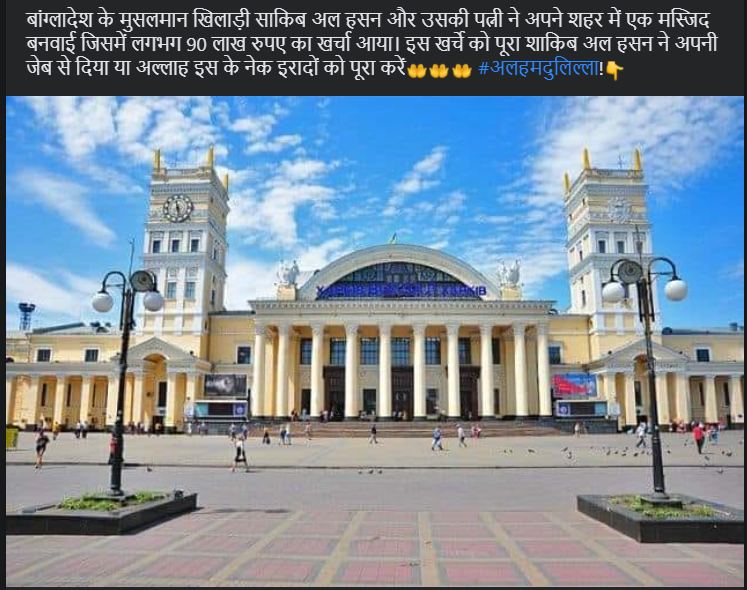 The above post can be found here.
More posts here, here and here.

We put the picture through Reverse Image Search and found a similar picture on the Alamy website. The caption of the picture read, “South Railway station in Kharkov. Ukraine”. 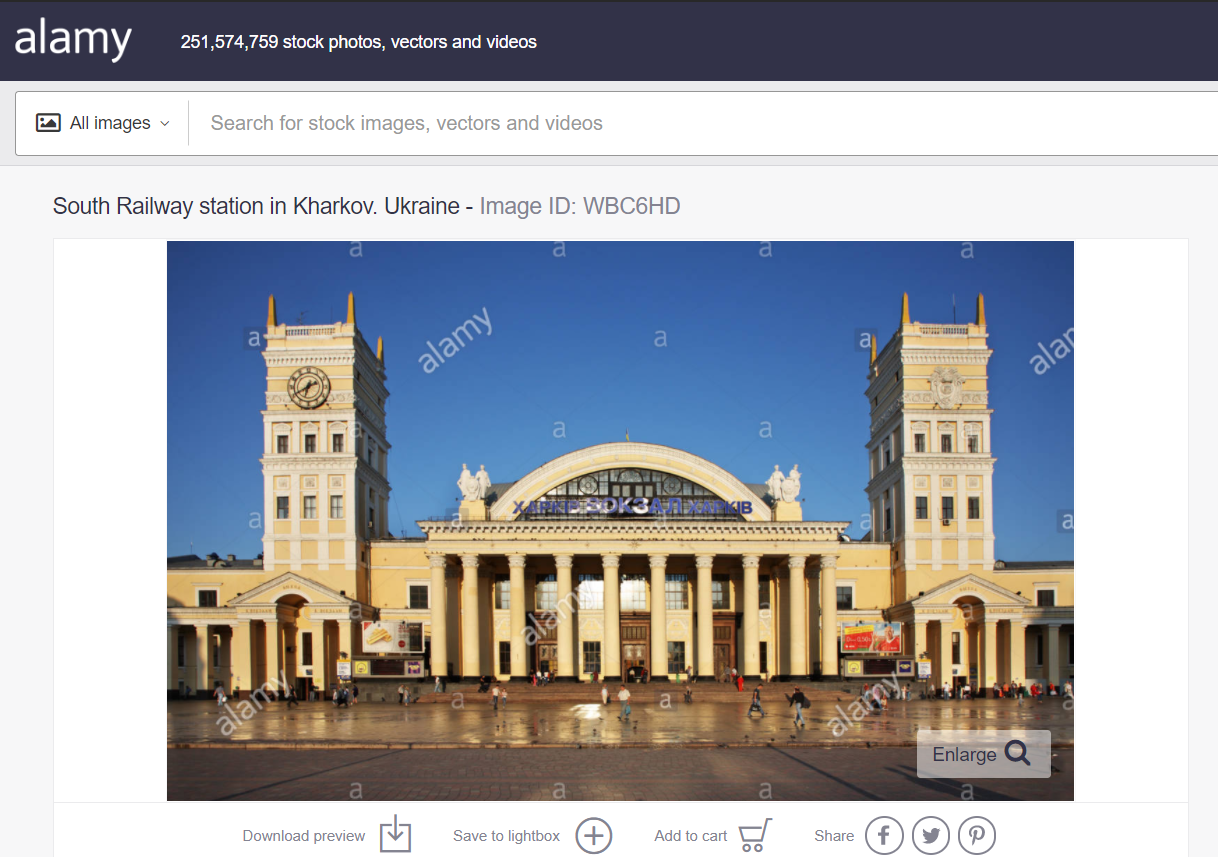 With that information, we searched for the railway station on Google Maps and with the help of street view, we located the building in the picture.

On comparing both the pictures, it becomes clear that the picture in question shows a railway station in Ukraine and not a mosque in Bangladesh.

Further, we looked for reports to search if Hassan has built a mosque in Bangladesh but did not find anything even remotely close to the claim. 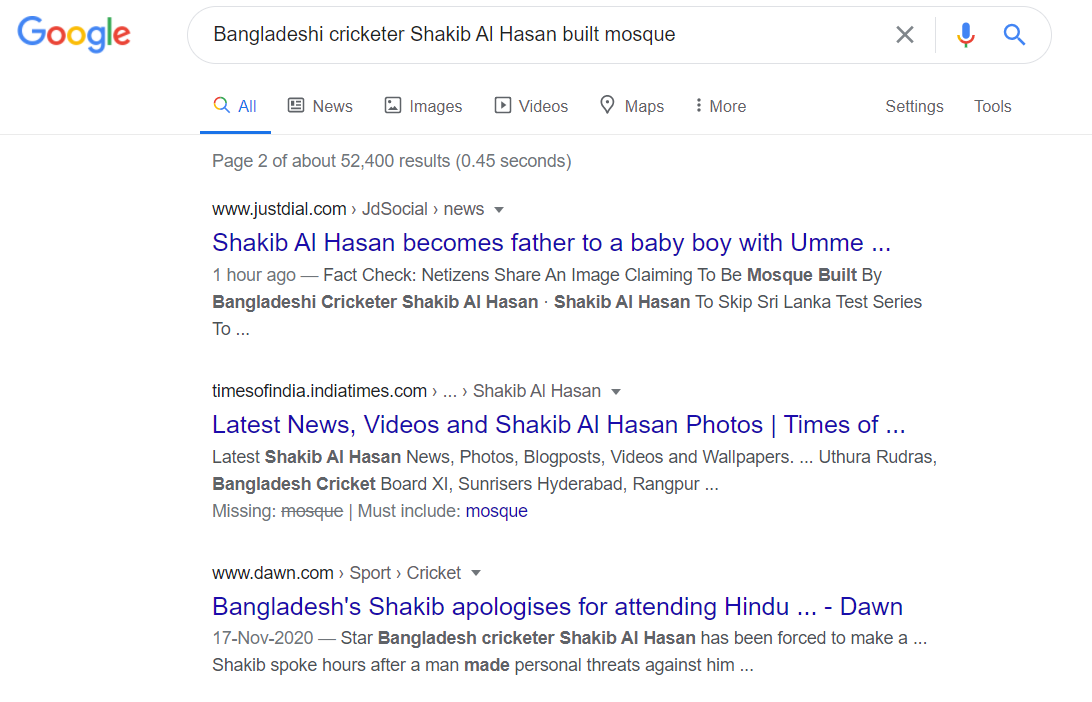 The above information proves that the picture of the railway station in Ukraine has been falsely shared as a mosque built by Shakib Al Hasan.