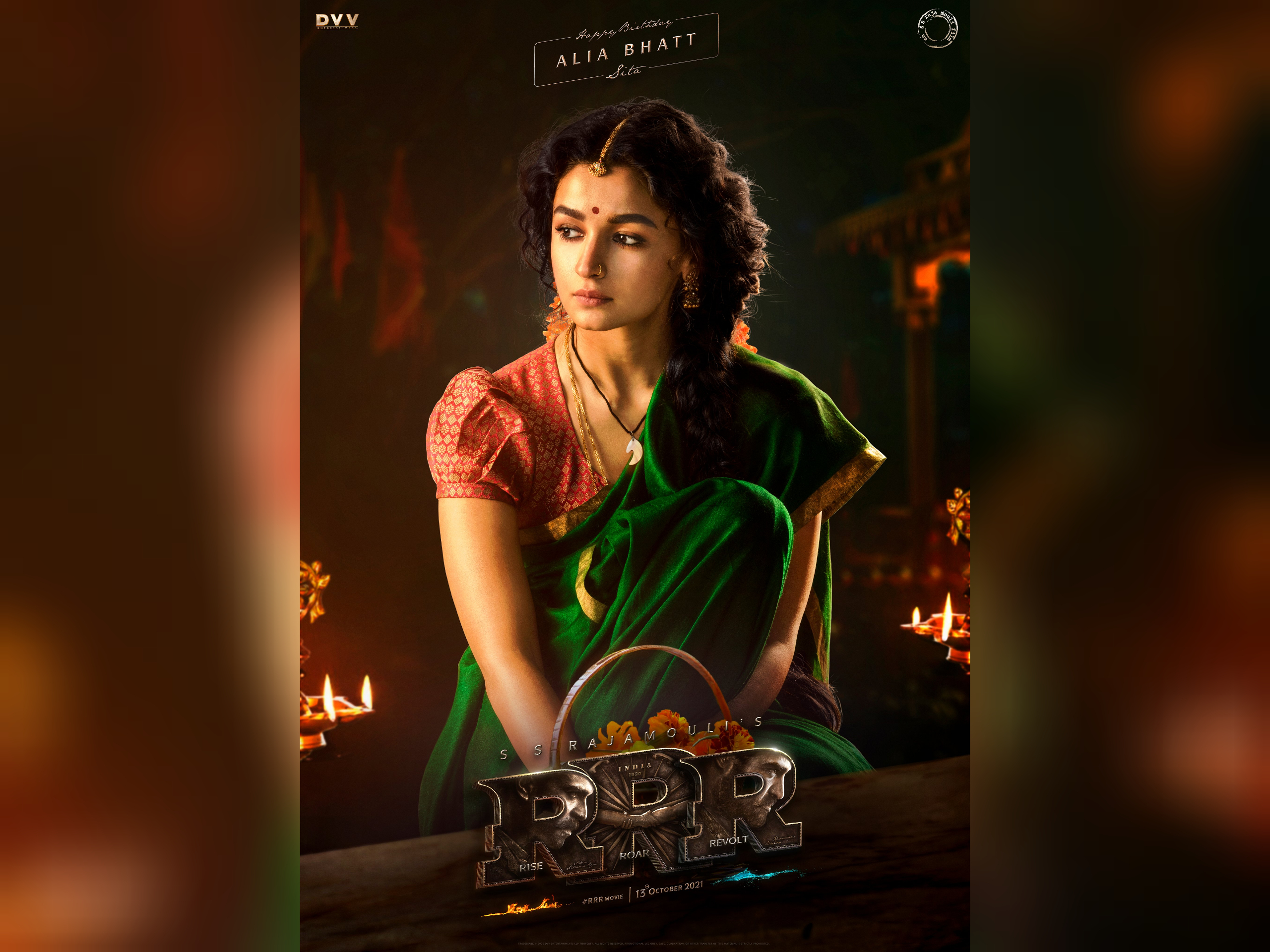 Strong-willed and resolvent SITA’s wait for Ramaraju will be legendary!

Presenting @aliaa08 as #Sita to you all 🙂@tarak9999 @AlwaysRamCharan #RRR #RRRMovie pic.twitter.com/NFe4WwjS6u

This comes on the occasion of the birthday of the ‘Raazi’ actor who is set to play the lead role of ‘Sita’ in the film.

The fascinating poster sees Alia looking out for somebody as she is draped in a traditional green saree with a puffed-sleeved red blouse. The birthday girl aced the whole look by sporting a loose long braided hairstyle. She accessorized the look with statement jewelry inclusive of a statement mang-teeka, small earrings, a neckpiece with a moon pendant, and a small nose earring.

With kohl-rimmed eyes and bold red bindi, the ‘Student Of the Year’ star completed the look. She looks promising and it’s safe to say that her fans are in for a visual treat.

Alongside the first look poster, Rajamouli wrote, “Strong-willed and resolvent #Sita’s wait for Ramaraju will be legendary! Presenting @aliaabhatt as #Sita to you all 🙂 #RRR #RRRMovie”

Alia Bhatt also shared the same poster on her social media accounts with a small yet apt caption, “Sita,” using a heart emoticon.

Following the birthday wishes for Alia Bhatt, her character name ‘Sita’ started trending on Twitter with fans and celebrities tweeting about the first look of the actor.

‘RRR’ in the title of the film stands for ‘Rise Roar Revolt.’ The movie also features Ajay Devgn, besides superstars Jr NTR, and Ram Charan. Several actors from overseas including Olivia Morris, Alison Doody, and Ray Stevenson have also been roped in for the flick.

Helmed by ‘Baahubali,’ director SS Rajamouli and produced by DVV Danayya, the much-talked-about film ‘RRR,’ will release in multiple languages on October 13 this year.