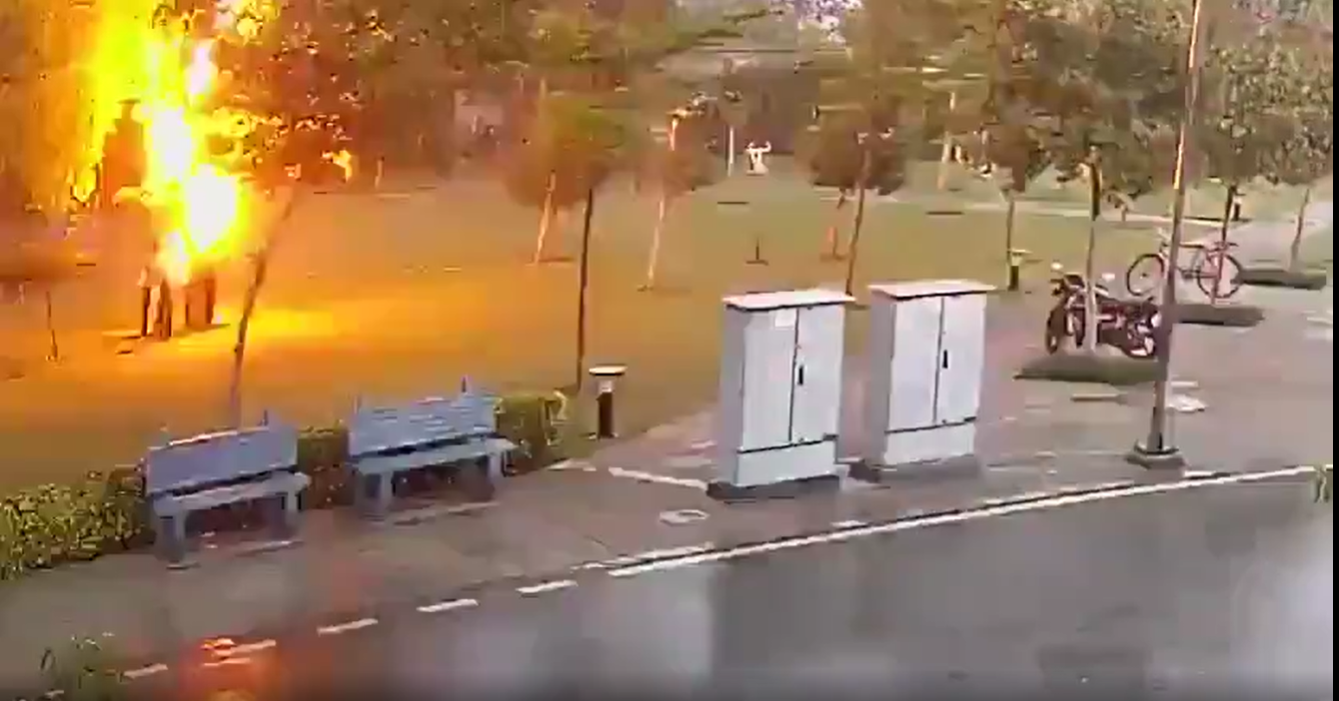 A horticulture staff member in Gurugram’s gated condominium lost his life after a lightning bolt struck a tree, under which he was taking refuge amid the heavy rainfall. Along with him, three others who were standing near to him got severely injured in the accident.

The incident occurred at Vatika Signature Villas in Gurugram Sector 82 in Haryana on Friday afternoon.

According to officials, the incident occurred around 4.30 pm at Signature Villas in Sector 82. The victims have been identified as Ramprasad, Shivdutt, and Lali, who hail from Uttar Pradesh and were gardeners at the society, and their supervisor Anil Kumar, a resident of Sohna.

While Shivdutt, Lali, and Kumar are stable and undergoing treatment at Medeor hospital in Manesar, 38-year-old Ramprasad succumbed to his injuries late Friday night.

In order to avoid the rain, the four horticulture staffers decided to take shelter under a tree. Little did they know that a thunderbolt would land at their feet.

The incident was caught in the CCTV camera placed in the premises, in the video the exact moment when lightning struck the tree and four men had fallen down to the ground instantly,  can be seen.