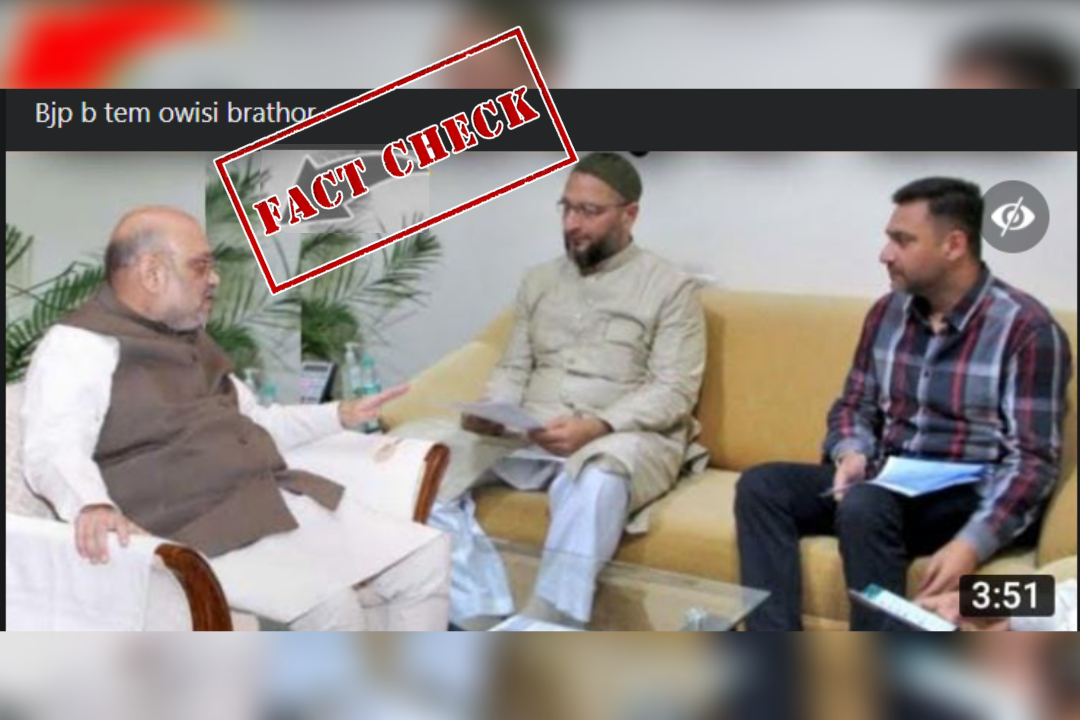 The caption of the picture reads, “Bjp b tem owisi brathor.” (sic) 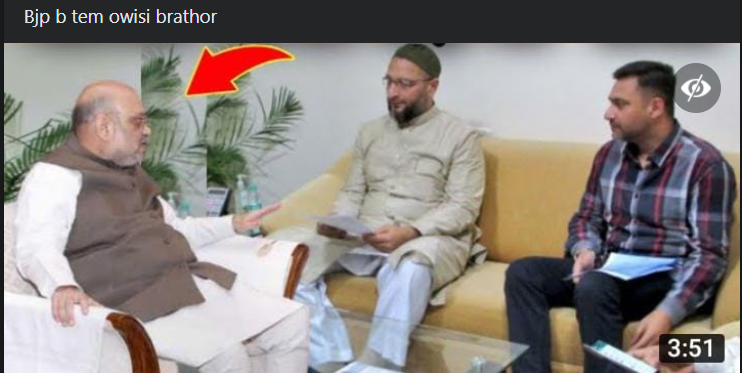 NewsMobile fact-checked these posts and found that the picture is edited.

On cropping the picture and putting it through Reverse Image Search, we found a similar picture on The News Minute website dated February 28, 2018. 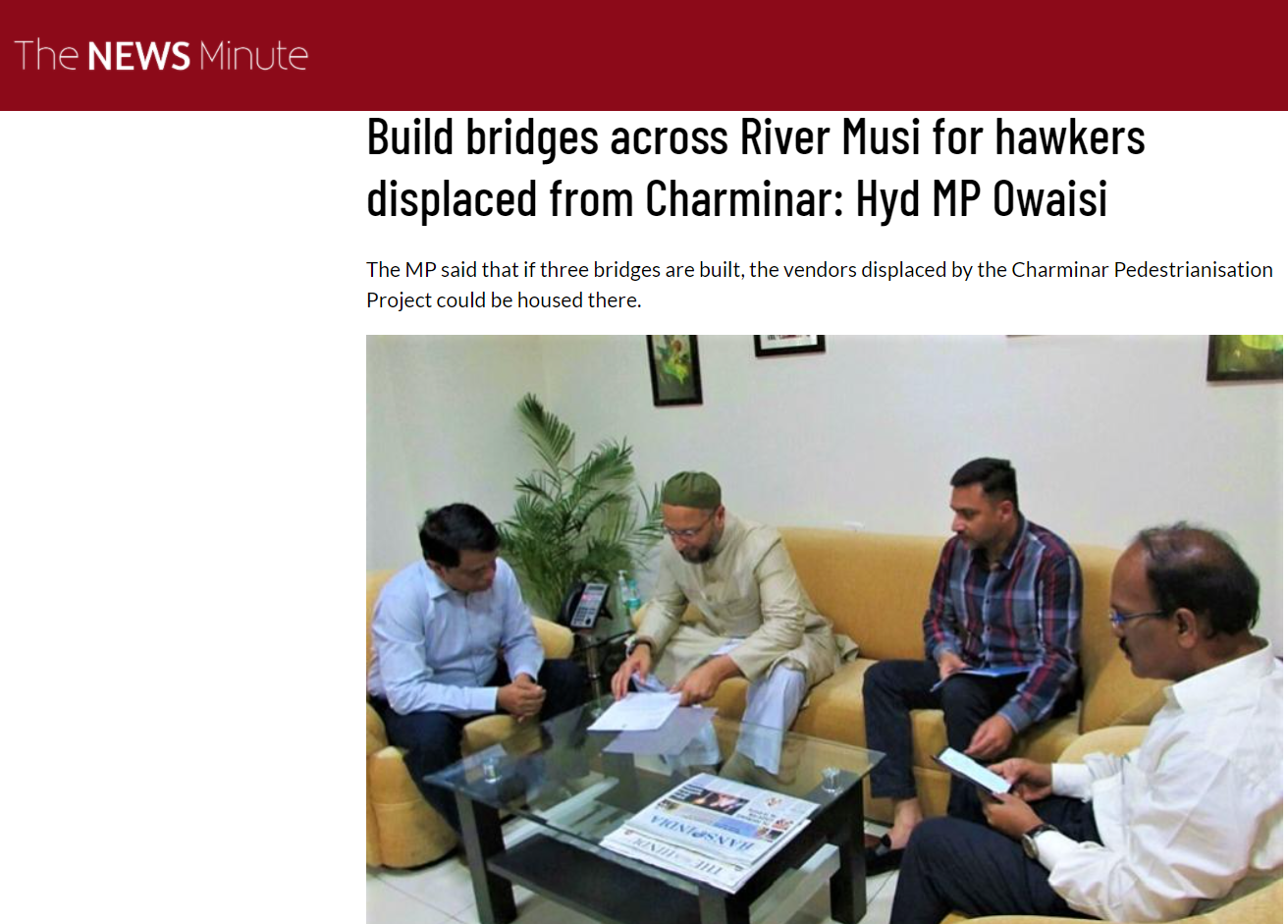 In the picture, some other man is sitting on the sofa instead of Shah. As per media reports, Owaisi met some officials of the Telangana government. He had urged the state government to construct bridges across River Musi in order to aid street vendors.

The picture was also uploaded by Owaisi on his verified Facebook page.

Further, we cropped Shah’s picture and put it through Reverse Image Search.

We found the flipped version of the picture in a report by India Today dated December 2, 2020. The headline of the report read, “Punjab CM Capt Amarinder Singh to meet Union Home Minister Amit Shah tomorrow over farmers’ agitation.” 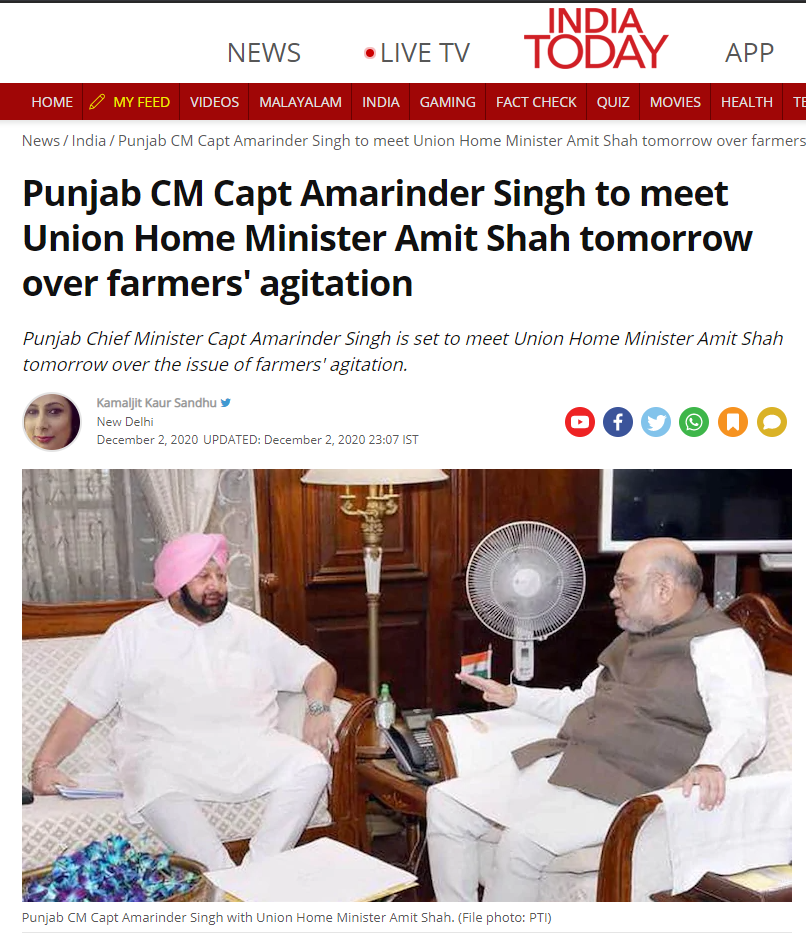 On comparing these pictures, it becomes clear that the two pictures have been morphed to make it seem like the two leaders are sitting together. 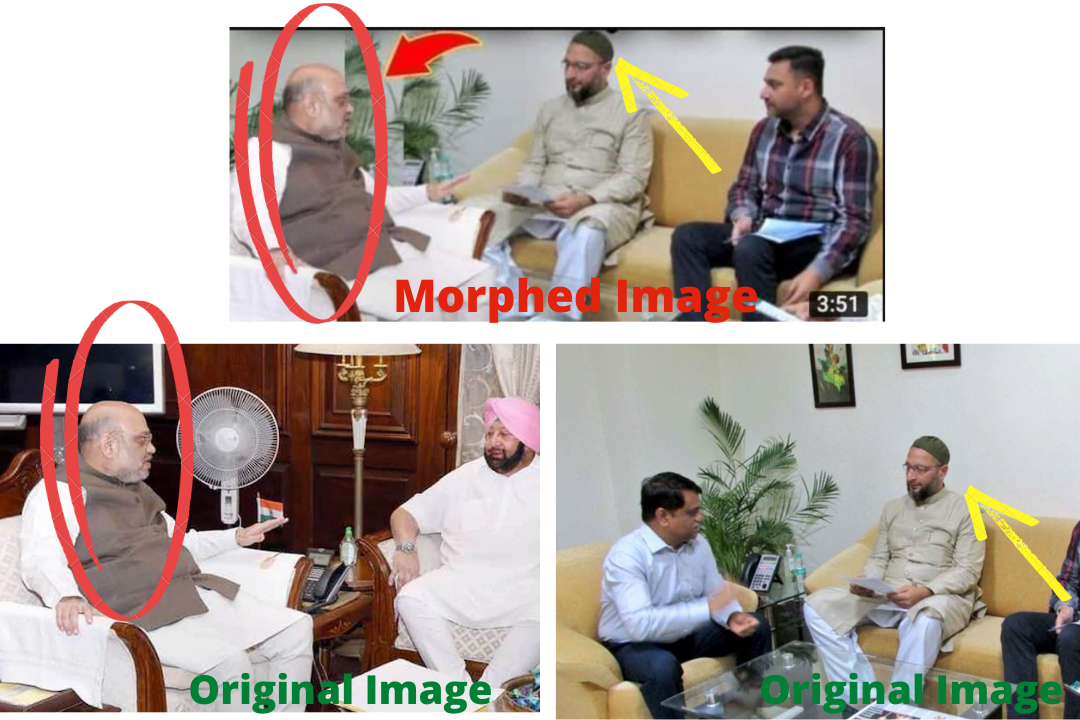 This clearly establishes the fact that the picture has been edited. Thus, proving that Shah and Owaisi were not sitting together.