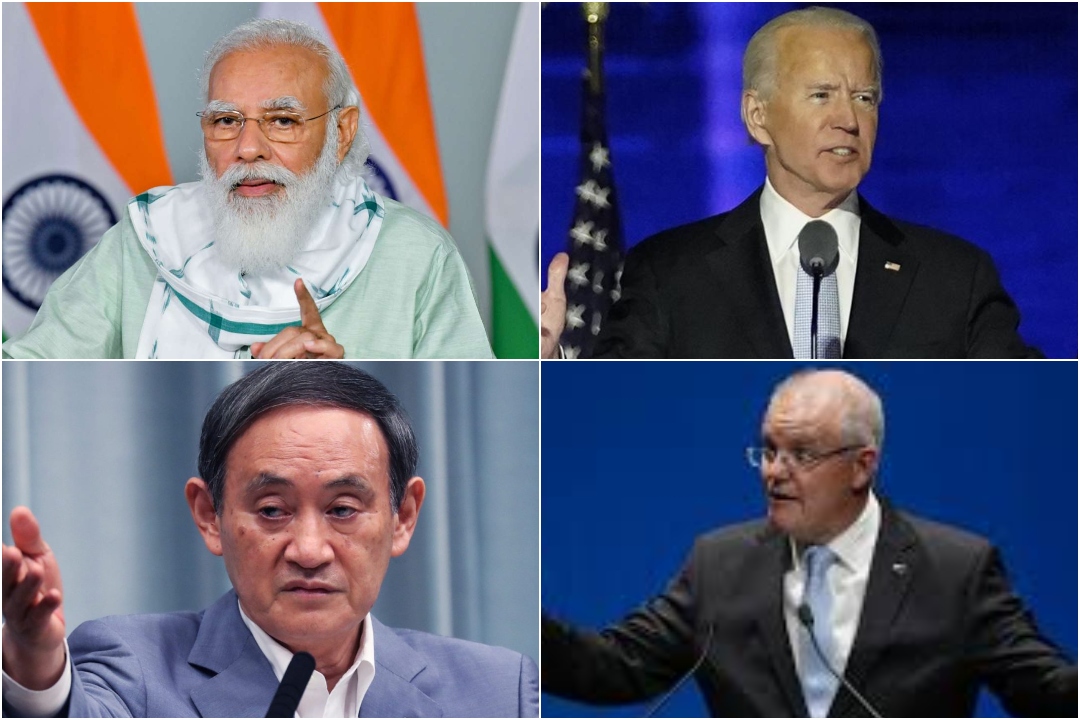 The Quad, mooted by former Japanese Prime Minister Shinzo Abe in 2007, has met regularly at the working and foreign ministers level and a meeting at the head of the state level will be held for the first time on Friday to ensure and sustain an open, free and prosperous Indo-Pacific region.

The summit will provide an opportunity to exchange views on contemporary challenges such as resilient supply chains, emerging and critical technologies, maritime security, and climate change.

They will also likely to discuss ongoing efforts to combat the COVID-19 pandemic and explore opportunities for collaboration in ensuring safe, equitable, and affordable vaccines in the Indo-Pacific region.

The four countries first worked collectively in 2004, in response to the devastation of an earthquake and tsunami in the Indian Ocean.

It is a grouping frequently seen in the news nowadays because of the current geopolitical situation in the world.

Last month, the foreign ministers of the four countries held a virtual meeting, in which they agreed to work towards a “free and open Indo-Pacific” region while strongly opposing any attempts by Beijing to alter the status quo in the East and South China seas by force.

The foreign ministers of the four Quad countries agreed that they strongly opposed any attempts by China to alter the status quo in the Indo-Pacific by force or coercion and reiterated their call for a free open and inclusive Indo-Pacific region.

China has been trying to increase its sphere of influence in the South China Sea as well as in the East China Sea region negating the international laws on seas. It has built artificial islands, Paracel and Spratly island chains in order to claim the 12 nautical miles of the exclusive economic zone (EEZ). In January this year, it passed a law that gave power to its coastguard to fire on foreign vessels and demolish structures built in disputed waters.

Also Read: Quad Summit On March 12, Here’s What To Expect

To checkmate China, the Biden administration focussed on the Quad meeting, signalling the importance of partnerships and alliances in the Indo-Pacific region.

Biden has spoken to each leader individually, but putting them together gives an early boost to the burgeoning group, which China has suggested could grow into an Asian version of the North Atlantic Treaty Organization (NATO).