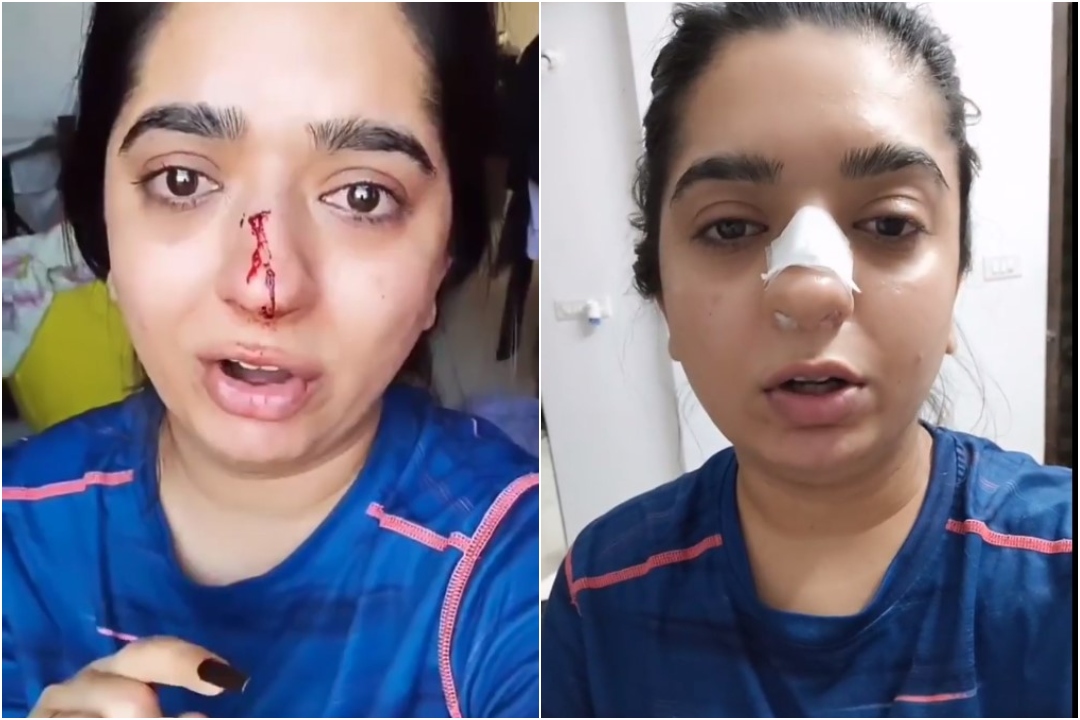 Days after Hitesha Chandranee, a woman in Bengaluru, accused a Zomato delivery executive of assaulting and injuring her, the accused delivery guy had refuted the allegations made by the woman.

While talking to The News Minute, Kamaraj (the delivery executive) told that the woman herself was to blame for the incident, as she had verbally abused him and hit him with a slipper. He also said that the woman hurt herself on the nose by her ring.

Besides, Zomato’s co-founder on Friday said that the company was, for now, listening to both sides of the story, but also tweeted that their representative had one of the highest performance ratings on the platform.

Earlier, Bengaluru Police arrested the delivery executive of food delivering company Zomato based on the allegations of the Bengaluru-based content creator who alleged that she was physically and verbally abused by the delivery person.

Police had also registered a complaint at Bengaluru’s electronic police station, based on woman’s allegations on Wednesday.

Hitesha Chandranee, a content creator, shared videos on social media on Wednesday with a bloody gash on her nose that she said was the result of the delivery executive hitting her

The woman can be heard in the video, saying, “So guys my Zomato delivery order was late and I was talking to the customer care executive. And meanwhile the delivery person just did this. He hit me, left me bleeding here and ran off.”

In another video, which she took later after she had bandaged her nose, she said, “I ordered food from Zomato as I was working since morning. I ordered food around 3:30 pm, which was supposed to get delivered by 4:30 pm, and I did not get the order on time, so I was constantly following up with the Zomato customer care that either give me a free delivery for the same or just cancel the order…”

“We deeply regret this incident and apologise to Hitesha for this traumatic experience. We are in touch with her and are providing our complete support through the necessary medical care and investigation. Meanwhile, we have delisted the delivery partner from our platform,” Zomato said in the statement.