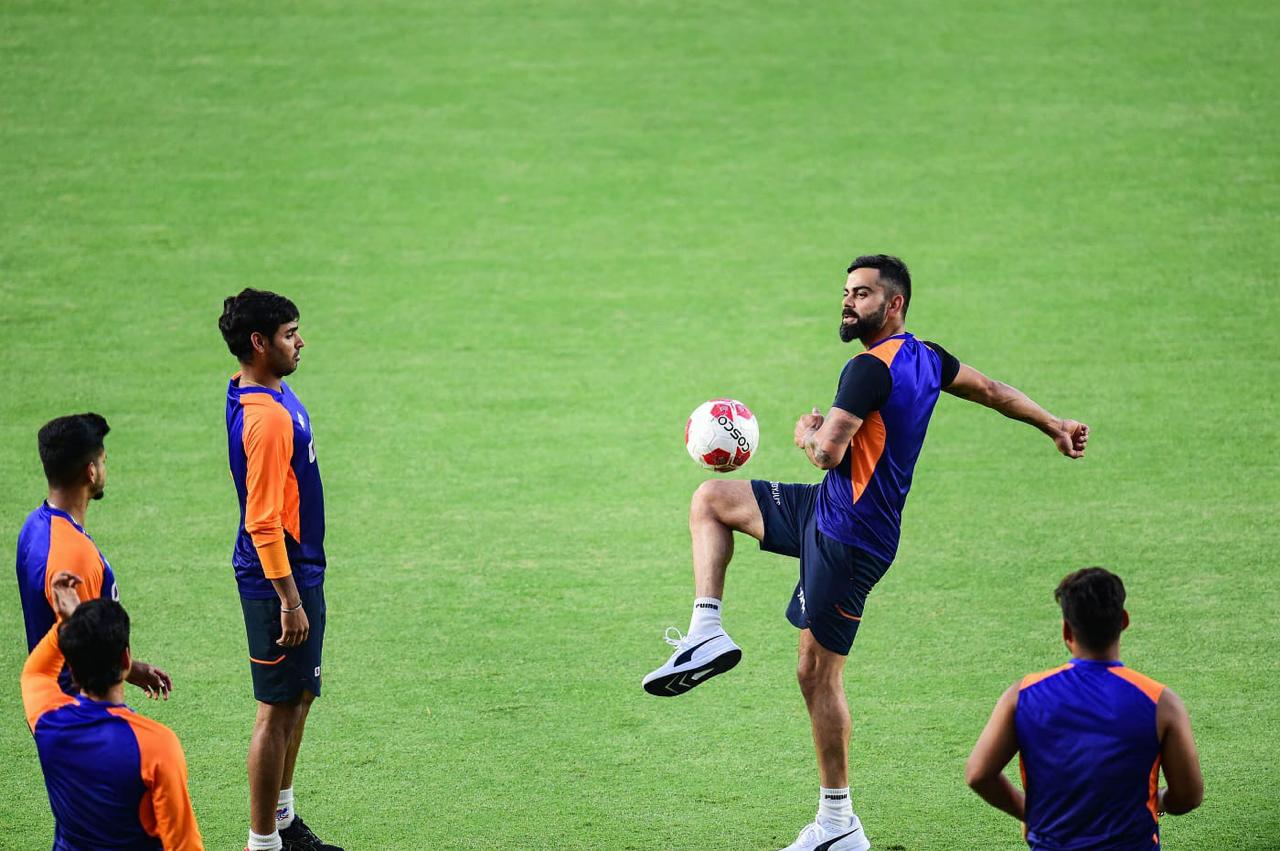 The much-anticipated T20I series between India and England is just around the corner. India has a great chance to become the number one side in the shortest format of the game.

Both the sides will be locking horns in a five-match T20I series beginning Friday. Pacer Bhuvneshwar Kumar is making a comeback into the side after being on the sidelines for more than one year due to injury.

Team Headshots done right ✅
Getting all prepped up for the T20Is 🤙🏻😎#TeamIndia #INDvENG @paytm pic.twitter.com/weNZEmCx13

The pacer had last played for India back in December 2019 in a T20I against West Indies. “Bhuvneshwar is shaping up really well. He has come back, he is fit. He has worked really well to get back to full fitness and look he is a smart operator, we have seen that in the past. He continues to bring that experience onto the field which is going to be vital for us. He has a clear understanding of what he wants to do going forward,” said Virat Kohli.

He also confirmed that Rohit and Rahul will be India’s first-choice opening pair for the T20I series. Kohli highlighted how Rahul has been a consistent performer for India in the shortest format of the game. The Indian skipper also said that Shikhar Dhawan might open if one of the openers is rested for a game.

“It’s quite simple, KL and Rohit have been performing at the top of the order for us and those two would start,” Kohli said on the eve of the first T20I.
“And if Rohit takes rest or Kl has a niggle or something Shikki (Shikhar Dhawan) obviously comes back as a third opener. The starting composition, Rohit and Rahul will start,” he added.

The Men in Blue have some newbies in their squad and all of them have high potential to start firing from game number one. The likes of Suryakumar Yadav, Rahul Tewatia, and Ishan Kishan have impressed in the Indian Premier League (IPL) and it has finally seen them being rewarded with a place in the Indian squad.

Who between Suryakumar and Shreyas Iyer play at the number four will be an interesting watch as one would ideally think that the team management will back senior Shreyas going into the series opener.