A picture is being shared on social media claiming to be from Prime Minister Narendra Modi’s poll rally held on March 7, 2021, at the iconic Brigade Parade Ground in Kolkata.

A massive crowd can be seen in the picture. PM Modi addressed a ‘Brigade Cholo Rally’ at Brigade Parade Ground which marked his first rally after poll notification for West Bengal was issued.

A Facebook user shared the post with a caption, “Honourable PM Narendra Modi addressing in Brigade Maidan today, West Bengal. Vl u belief such a huge crowd gathering in land of communist. Estimated crowd : 15 to 17 lakhs.”

Firstly, we ran a Reverse Image Search on the viral image along with some relevant keywords and found the picture on the Alamy website.

We found the same picture on People’s Democracy, the weekly newspaper of CPI(M), published on February 10, 2019. 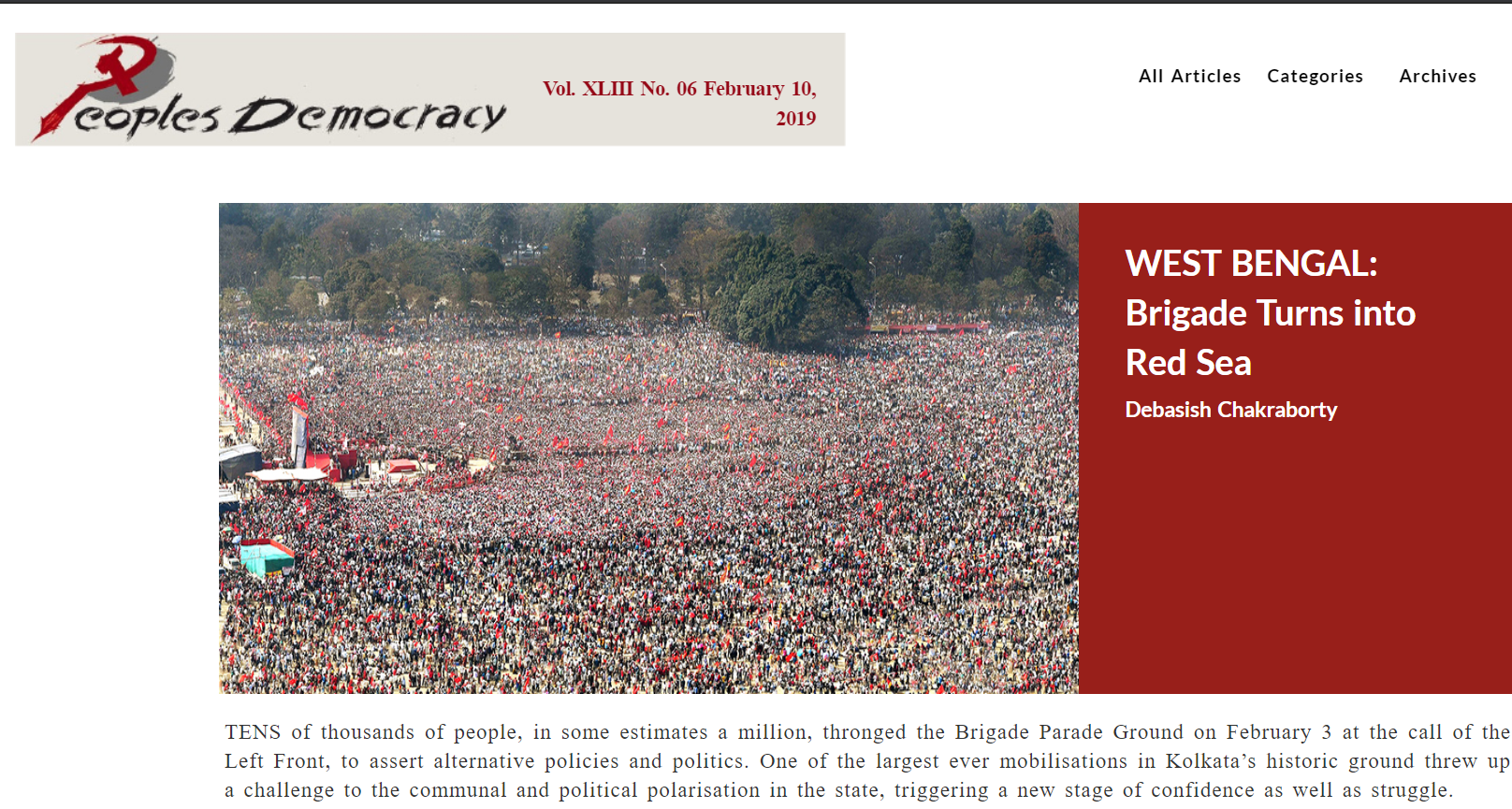 According to the website, the picture was of a large gathering at Brigade Parade Ground during a Left Front rally held on February 3, 2019, before the general elections.

On comparing both pictures (image 1 vs image 2) it becomes clear that the picture of a Left rally held in 2019 is being shared as PM Modi’s recent Kolkata rally at Brigade Ground. 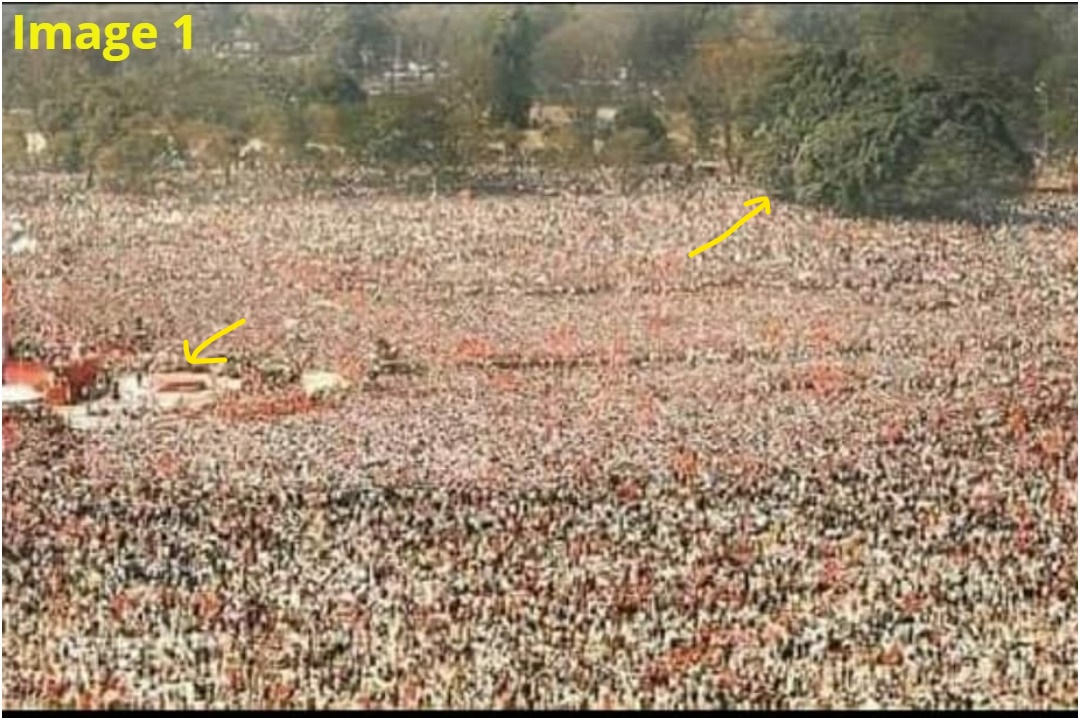 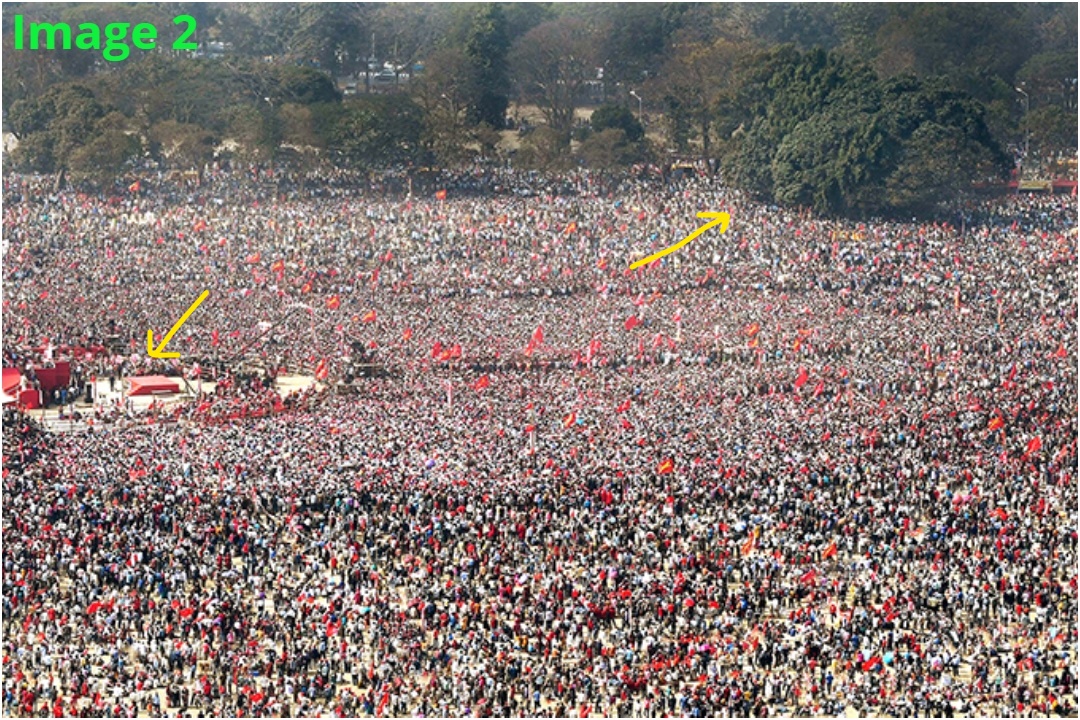 NewsMobile recently debunked a similar claim where the picture was shared passed off as Left Front and Congress rally in Brigade Parade Ground.

Check the actual picture of the crowd that had gathered for PM Modi’s address at Brigade Parade Ground on March 7.

Hence, from the above information, it is clear that the viral picture is OLD (2019) not from PM Modi’s recent rally in Kolkata.