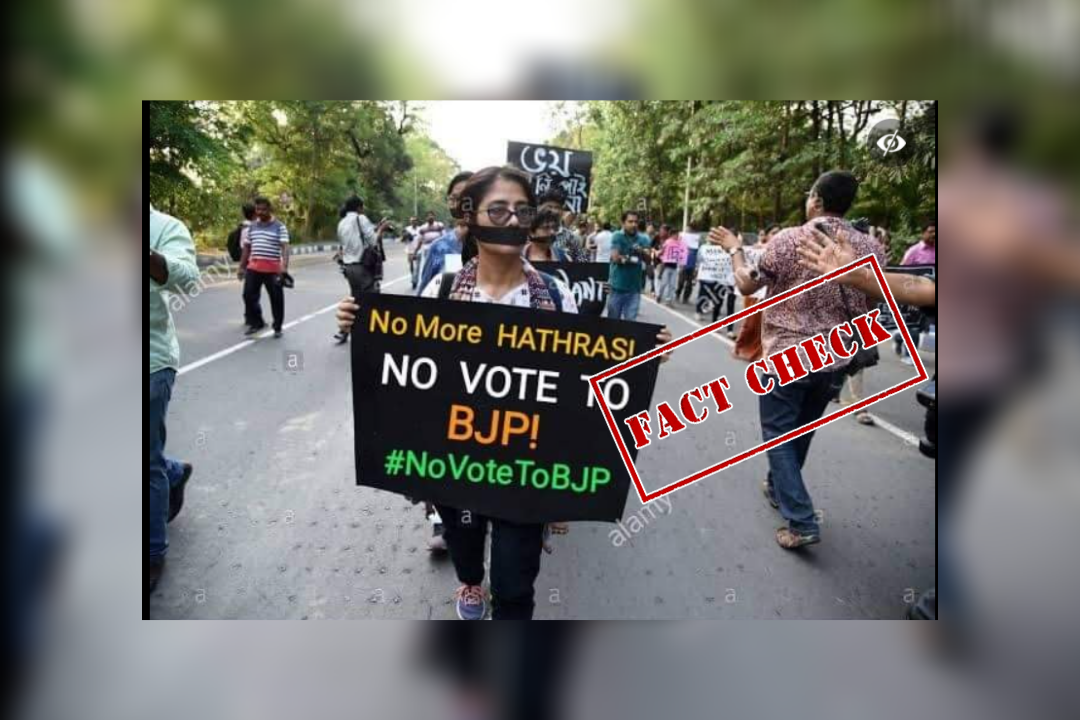 A picture of a woman holding a placard is doing rounds on social media. The text on the placard reads, “No more Hathras! No vote to BJP! #NoVoteToBJP”.

With the help of Google Reverse Image Search, we found the same picture on ‘Alamy‘ published on April 11, 2018. The text on the placard read, “Shut Camera”.

According to the caption, the woman was seen holding the placard during a protest in Kolkata wherein hundreds of journalists protested against the ruling party’s alleged attack on scribes across West Bengal during panchayat poll nomination coverage.

We also found another picture of the girl with the placard on the Alamy website.

As per the caption, the rally started at Mayo Road Mahatma Gandhi Statue and culminated at Dorina Crossing in Kolkata. Wearing black bands on arms and covering their mouths with black scarfs, hundreds of city’s journalists, cameramen and photojournalists took part in the protest rally.

On comparing both the pictures, it becomes clear that the picture from a march held in 2018 has been morphed. 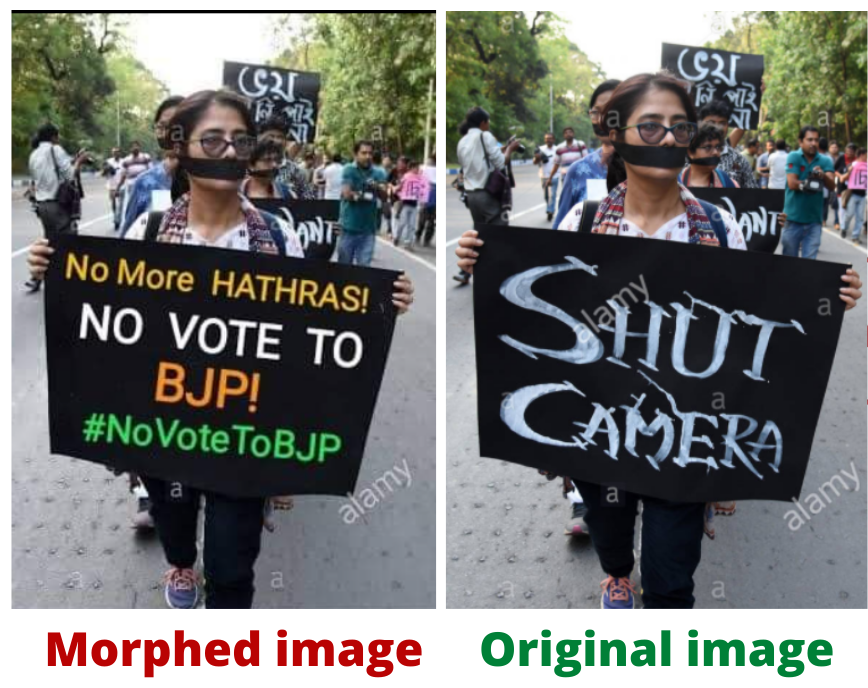 The above information proves that the picture is morphed and ‘No vote to BJP’ is not written on the placard.