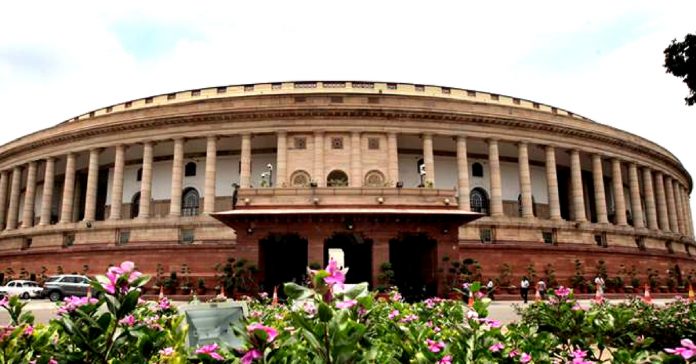 The Parliament resumed its Budget session proceedings on Monday, however, both houses – Lok Sabha and Rajya Sabha struggled to function amid the uproar by the opposition leaders over rising fuel prices and the ongoing farmers’ protest against the new farm laws.

The Rajya Sabha was adjourned twice on Wednesday after the opposition created a ruckus over farmers’ agitation.

On Tuesday, both houses of Parliament were adjourned twice amid uproar by opposition members seeking a discussion on the issue of frequent increase in fuel prices.

Both the Houses of the Parliament commenced their sitting on Tuesday from 11 am and will function as per usual timings existing before the COVID-19 situation.

The decision to revise the timing of both Houses was announced on Monday. Both Rajya Sabha and Lok Sabha were operating under curtailed hours of timing and social distancing norms amid COVID-19 induced norms.

Members will sit in Rajya Sabha and Gallery only, MP Vandana Chavan in the Chair said.

Earlier, House was adjourned till 1:15 pm on Monday following repeated sloganeering by the Opposition against rising fuel prices in the country.

Meanwhile, Trinamool Congress (TMC) on Monday urged for the adjournment of the ongoing Parliament session, in light of the Assembly elections taking place in five states across the country. Trinamool Congress (TMC) Members of Parliament (MP) Derek O’Brien and Sudip Bandyopadhyay urged Chairman Vice President Venkaiah Naidu to adjourn the ongoing Budget Session of Parliament. O’Brien also cited two other precedents where the request was entertained.

The Budget Session of Parliament, which commenced with the address of President Ram Nath Kovind on January 29, concluded on February 29.