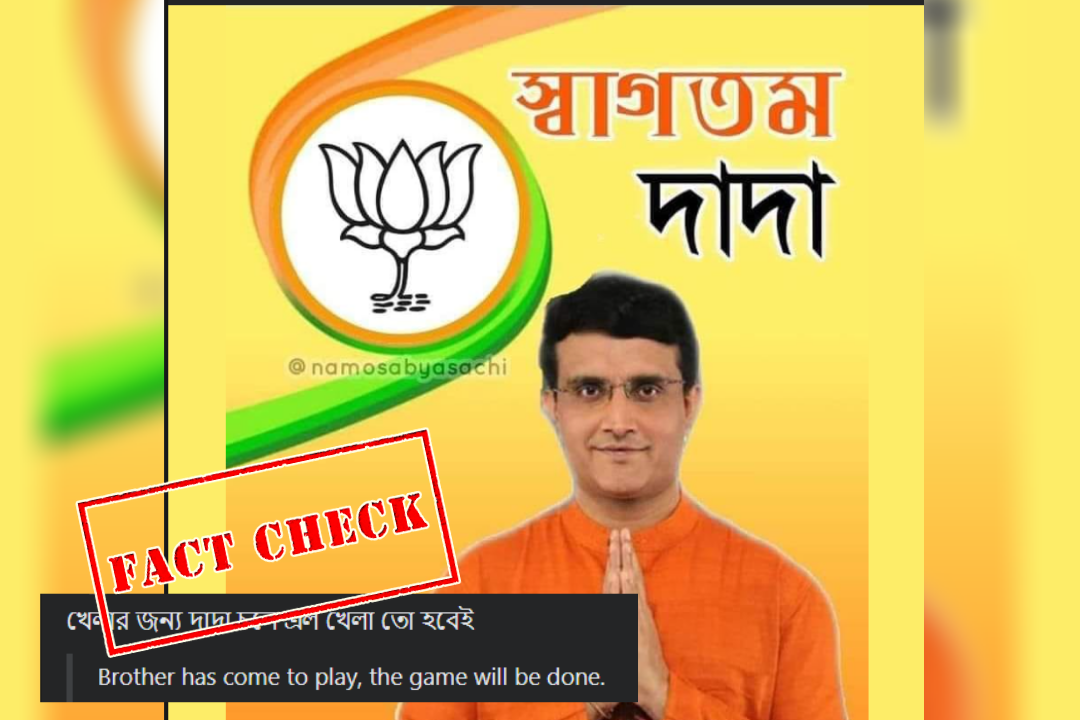 A picture of BCCI president, Sourav Ganguly, sporting a kurta with folded hands is doing rounds on social media. A picture of Bhartiya Janata Party’s election symbol and text ‘Welcome Dada’ in Bengali can be seen in the picture. From the picture, it seems like Ganguly is joining BJP.

(Translation: Dada has come to play, the game is on) 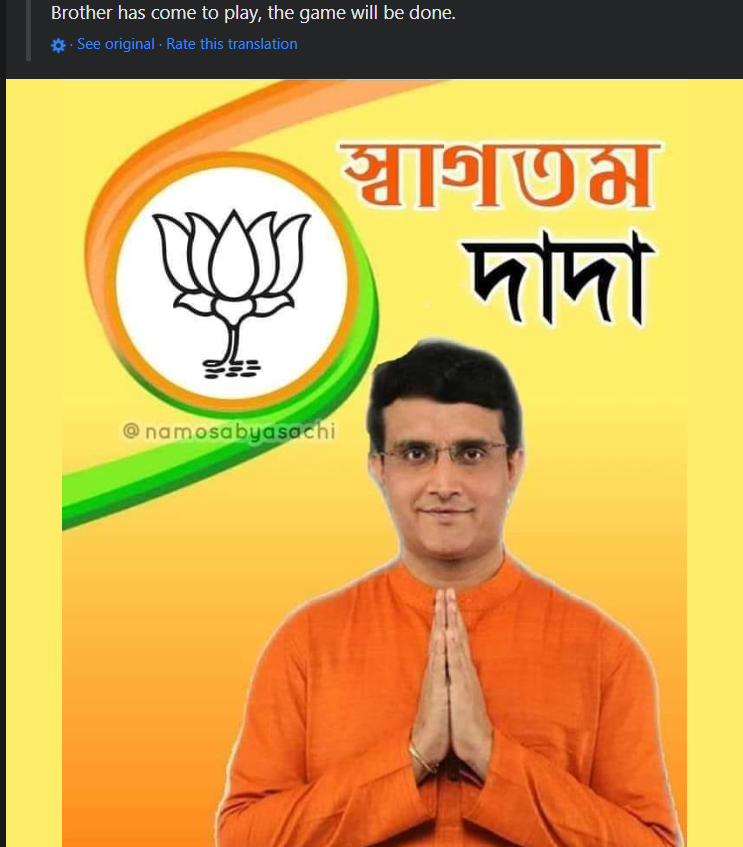 NewsMobile fact-checked the above post and found that the picture is morphed.

On putting the picture through Reverse Image Search, we found the same picture on the Pinterest website. Ganguly can be seen standing in front of a banner with ‘Cycle Rhythm Agarbathies’ written on it.

As per the caption of the picture Sourav Ganguly was endorsing Cycle Rhythm Agarbathies.

We found a similar picture on his website and a video on Cycle Agarbathies YouTube channel posted on November 28, 2017. He can be seen promoting the brand in both the picture and the video. 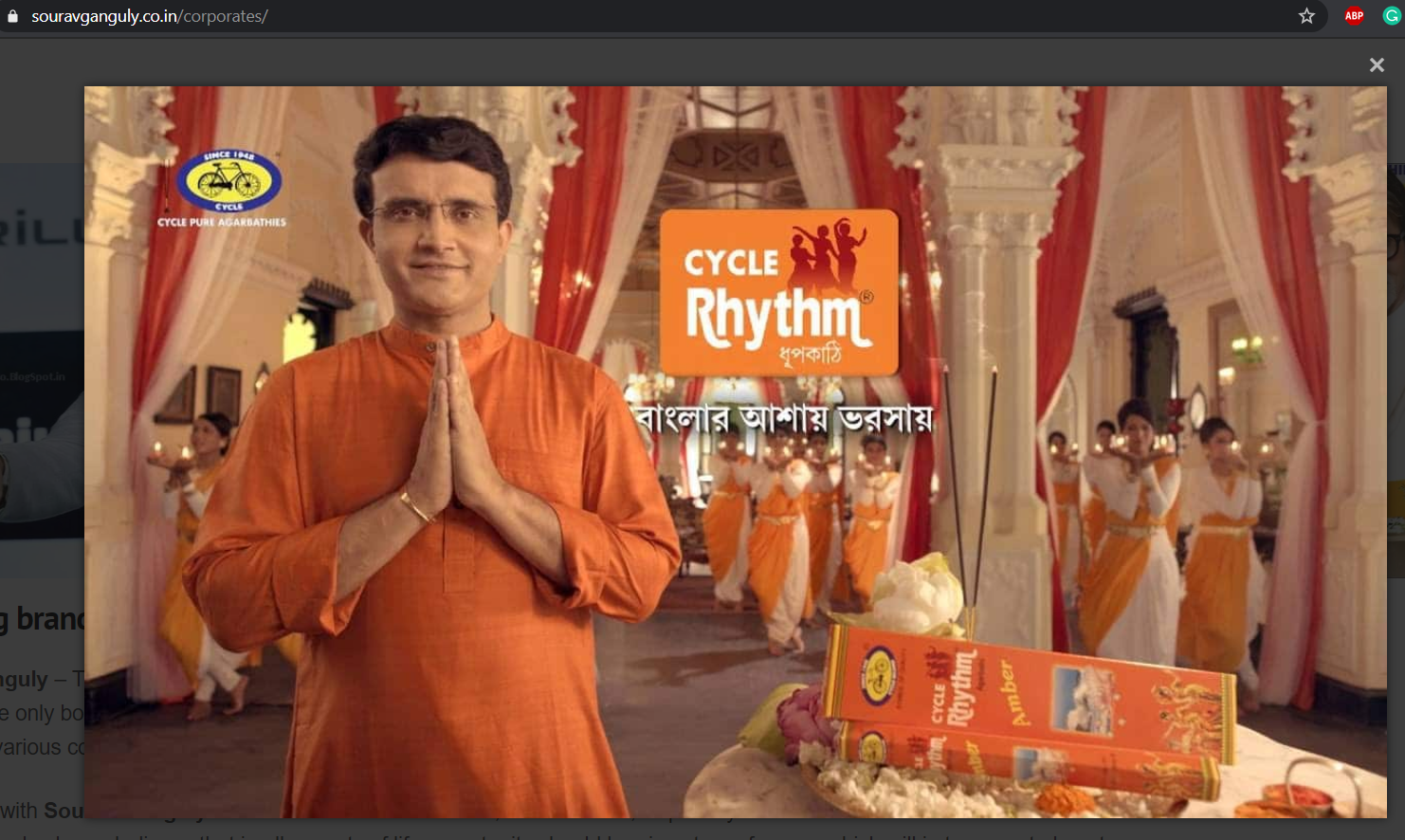 We further searched for news articles to check if Ganguly is endorsing or joining BJP ahead of the upcoming West Bengal assembly elections.

We found that while there have been speculations about Ganguly joining BJP, no official announcement has been made either by BJP or by Ganguly till the time of filing this fact check.

With the help of the above information, it is clear that the picture is morphed and Sourav Ganguly has neither endorsed BJP nor joined the party as yet.