It also claimed that following farmers’ protest in Spain, the government there instantly listened to their demand and passed the law that no products should be sold below MSP.

(Translation: Taking inspiration from the farmers’ protest of India, the Spanish farmers agitated and the government immediately admitted its mistake and made it illegal to purchase less than the MSP. On the other hand, the ruthless royal government of “Hum Do Us Hamare Do” is still not leaving its capitalist friends.) 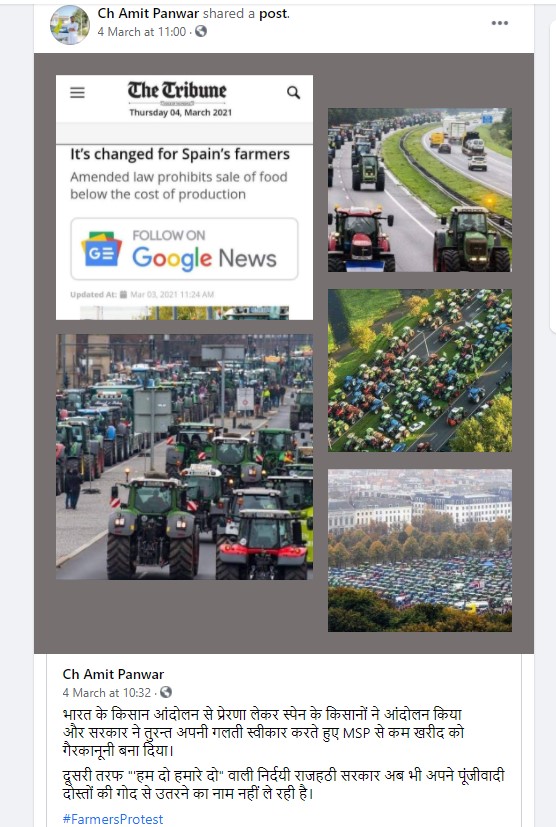 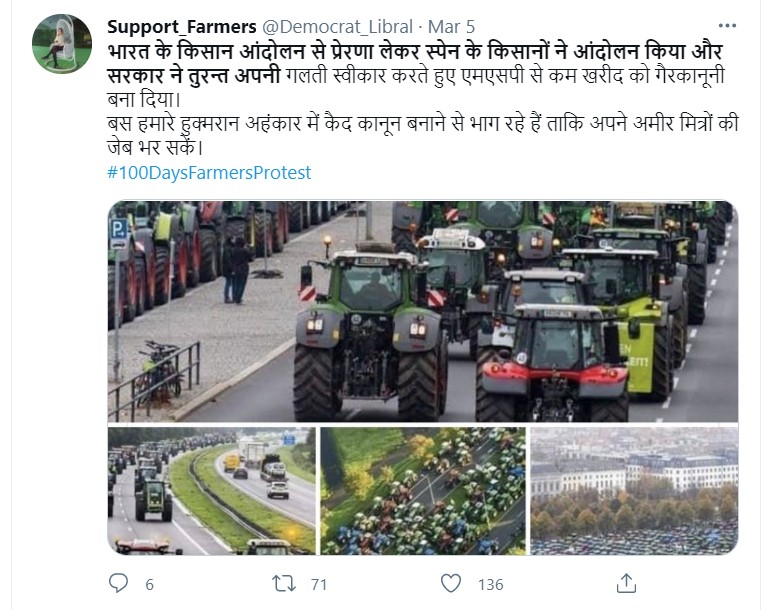 Firstly, we ran a Reverse Image Search on one of the pictures from the viral post and found the same picture on Euro Topics dated November 28, 2019.

The caption of the image read, “Thousands of tractors lined up in front of Brandenburg Gate on Tuesday and there was traffic chaos and hay on the Champs-Elysées on Wednesday. But it’s not only in Germany and France that farmers are venting their anger. In the Netherlands and Denmark, for example, they’re demonstrating against new environmental regulations and for better pay. Are the farmers’ protests justified?”

It is evident from the caption of the above post, that the picture is from Germany (2019) and not Spain.

We then ran another Reverse Image Search on the other picture and found the same picture featuring in an article dated 2019 on a website called Grain. 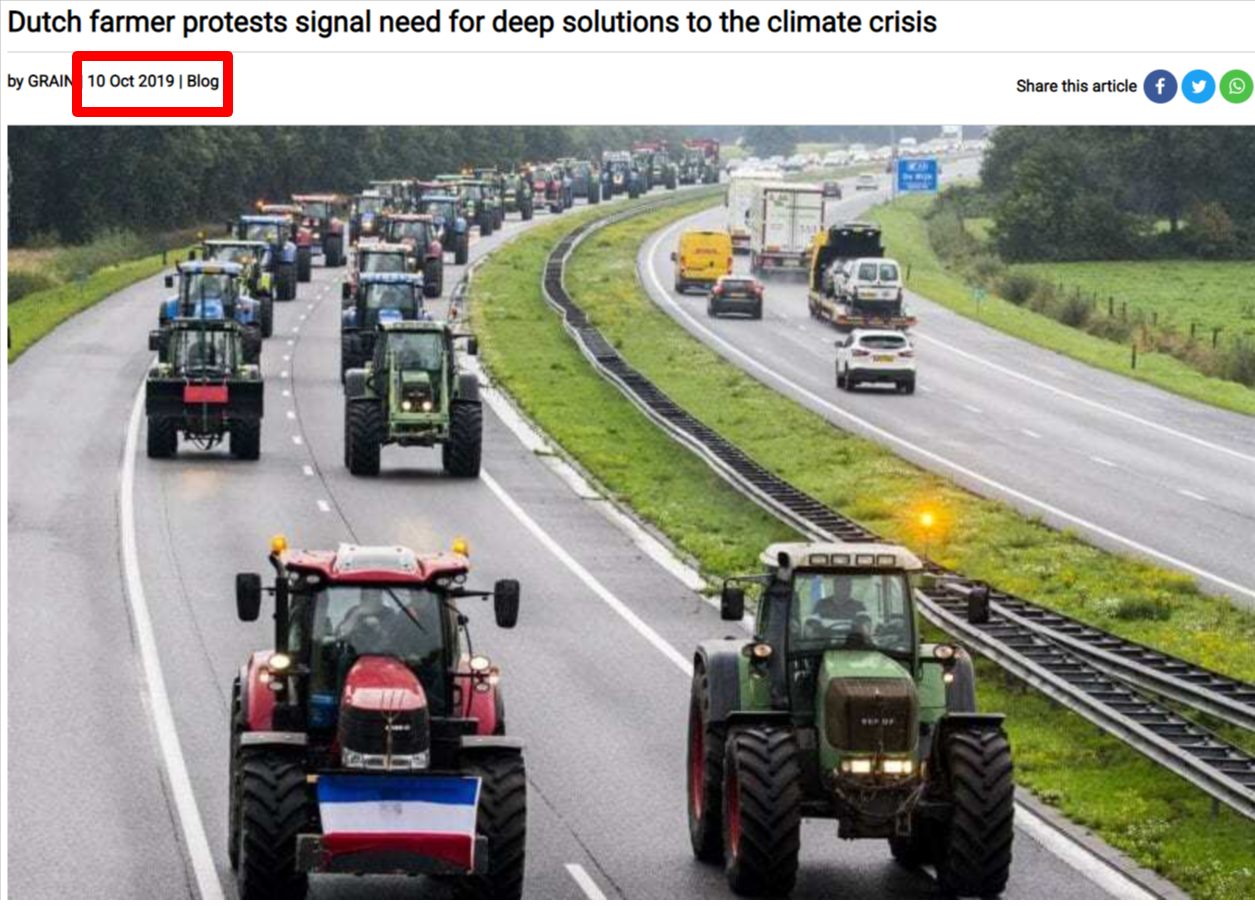 According to the article, the farmers in The Netherlands protested against being unfairly portrayed as main culprits in the country contribution to the climate crisis.

On investigating further, we found that the farmers’ in Spain were indeed protesting against the continued decrease in profits and demanded systematic change in the industry.

According to a report in Euro News, dated February 19, 2020, farmers blocked roads with tractors in southwestern Spain in the latest series of mass protests over plummeting incomes in the country’s agriculture sector. 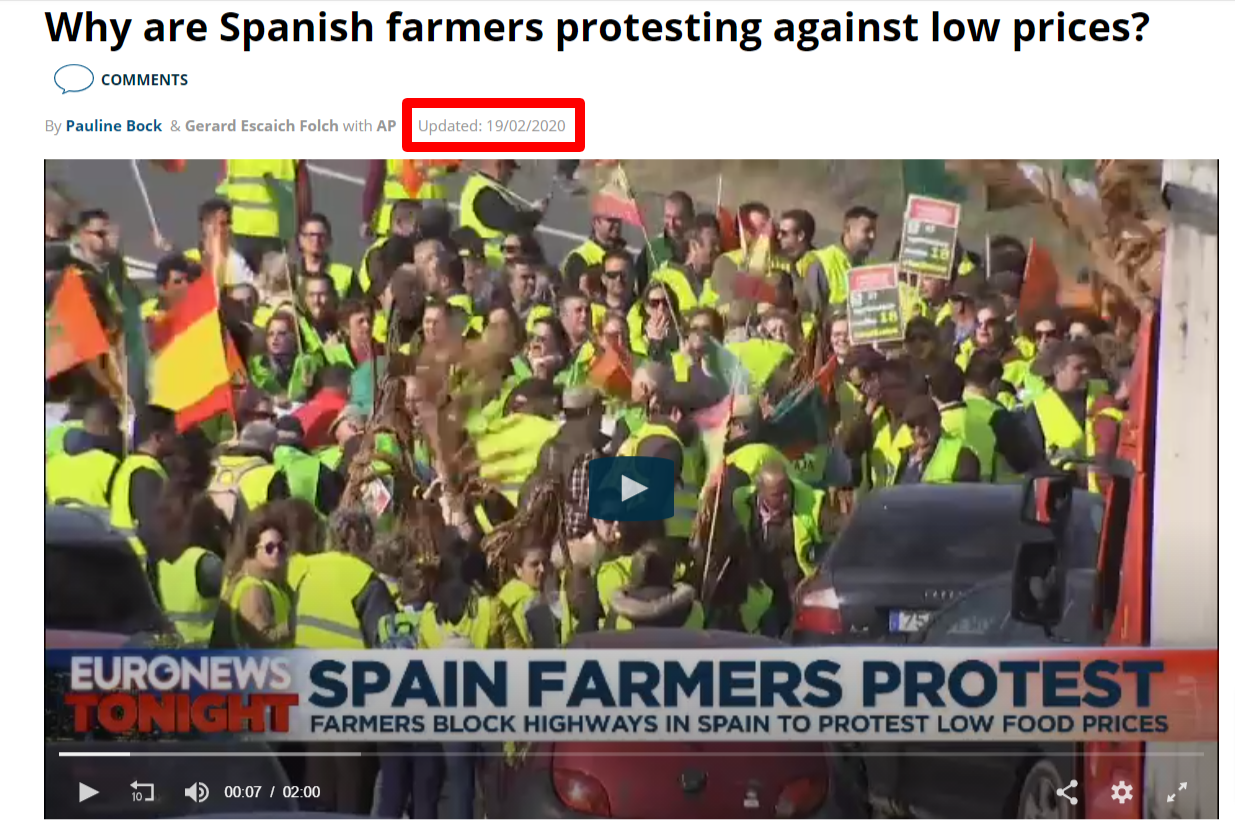 Hence, while the farmers in Spain had protested, over plummeting incomes in the country’s agriculture sector, these farmers protested long before the Indian farmers’ started protesting.

Hence, from the above information, it is clear farmers did protest in different countries, including Spain, but it was way before farmers’ protest began in India.