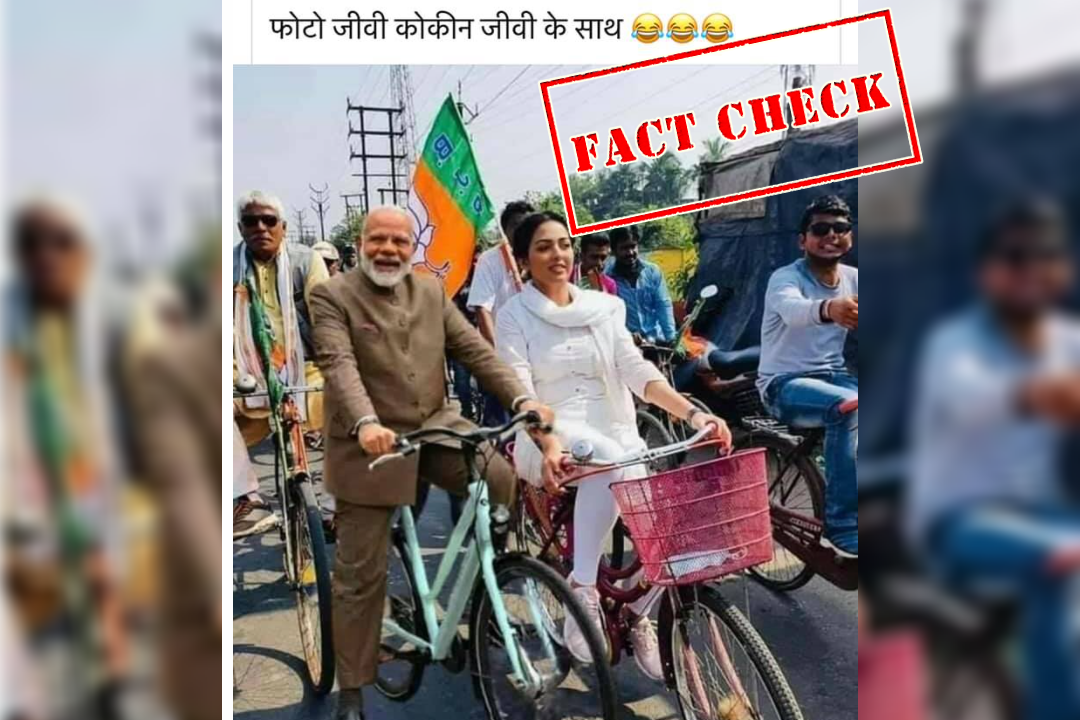 The picture has gone viral after Goswami’s arrest in Kolkata on February 19, 2021, for allegedly possessing 100 g of cocaine. 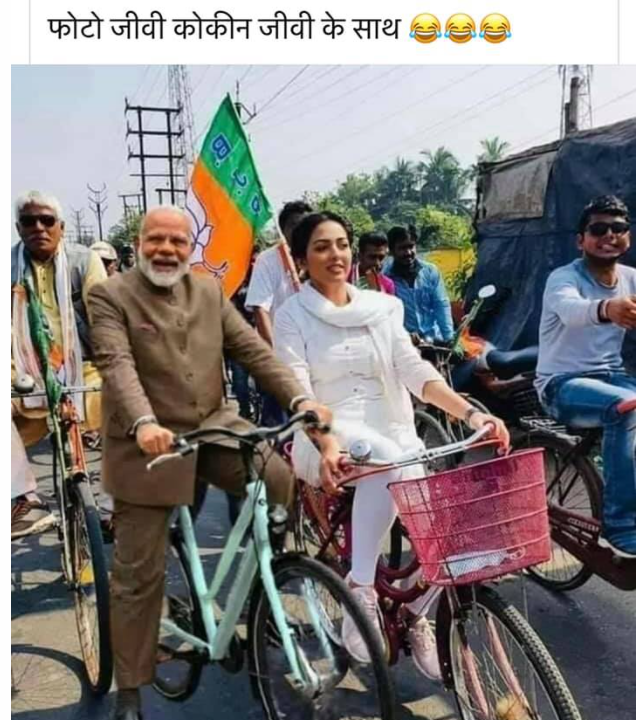 NewsMobile fact-checked these posts and found that the picture is edited and the claim attached to the posts is fake.

On cropping the picture and putting it through Reverse Image Search, we found the picture on Goswami‘s verified Facebook account dated December 1, 2020.

In the picture, PM Modi is not next to her. Further, we cropped PM Modi’s picture and put it through Reverse Image Search. We found similar pictures on his Instagram handle dated June 28, 2017.

As per media reports, PM Modi was seen riding a bicycle gifted to him by Dutch Prime Minister Mark Rutte during his day-long visit to The Netherlands.

On comparing all three pictures, it becomes clear that two pictures are morphed to make it seem like Pamela Goswami and PM Modi were cycling together. 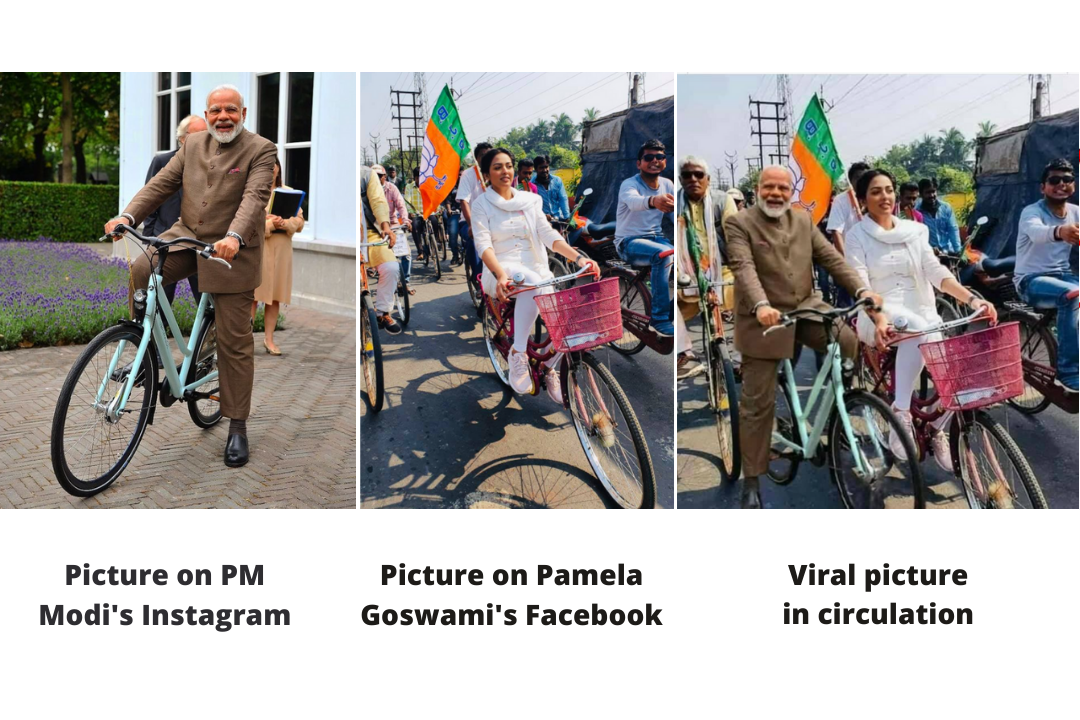 This clearly establishes the fact that the picture has been edited. Thus, proving that PM Modi and Pamela Goswami were not spotted together.