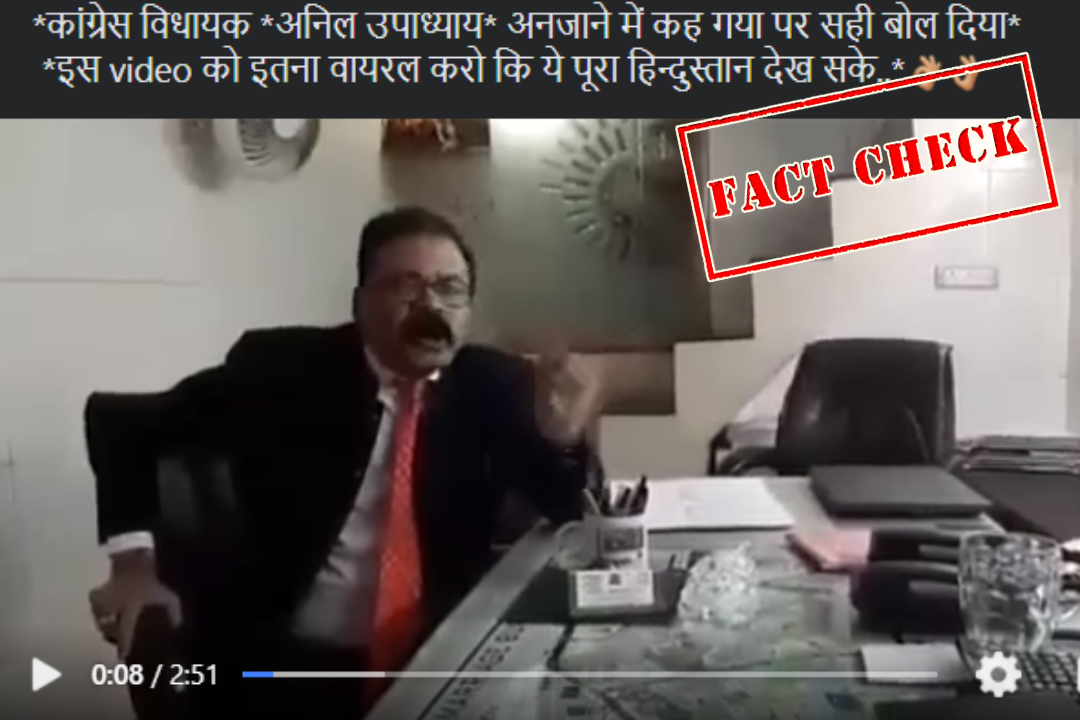 A video of a man praising PM Narendra Modi is doing rounds on the internet. It is being claimed that the person in the video is Congress MLA Anil Upadhyay. 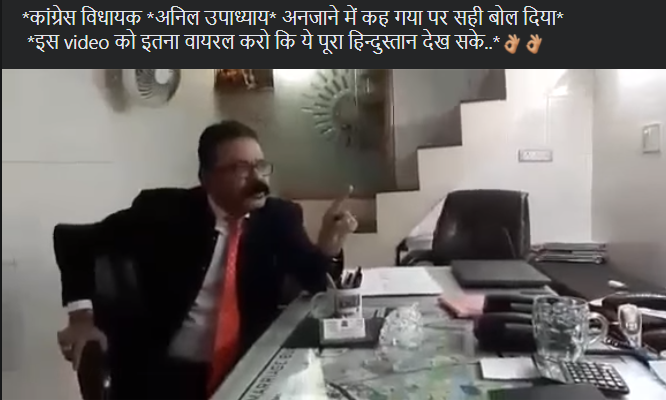 On watching the video carefully, we heard the person being addressed as ‘Pandey Ji’.

With that information, we ran a Reverse Image Search on the picture along with some keywords and found the same video posted on Facebook by a user, Mohan Chandra Pandey, posted on December 17, 2019.

NewsMobile then reached out to Pandey who confirmed that the person in the picture praising PM Modi is, in fact, him. He confirmed that he is not a Congress MLA but a sales manager in a private firm and a supporter of PM Modi.

Further, we found that a tweet in which Republic Bharat had mistakenly shown him as Congress leader Anil Upadhyay. In his tweet, he had clarified that the person in the video is him. He also mentioned that he is a fan of Modi.

A scan of the My Neta database shows two results – a BSP leader from Jodhpur who contested the 2018 Rajasthan elections besides an Independent candidate from Lucknow who contested Uttar Pradesh assembly elections twice – in 2007 and 2012.

Earlier, NewsMobile had also debunked several different videos that were also circulation in the name of Anil Upadhyay.

The man in this video is not BJP MLA Anil Upadhyay; here’s the fact check

Hence, based on the above information, we can say that the person in the video is Mohan Chandra Pandey and not Congress MLA Anil Upadhyay.