The IPL Governing Council on Sunday announced the schedule for Indian Premier League 2021 to be held in India across six venues from April 9.

While the final of the 14th edition of the tournament will be played on May 30 at Narendra Modi Stadium. Playoffs will also be played at the same venue.

“After nearly two years, the IPL extravaganza will return home with Ahmedabad, Bengaluru, Chennai, Delhi, Mumbai and Kolkata hosting the marquee event,” the BCCI said in a statement on Sunday.

The season will kickstart on 9th April in Chennai and the final will take place on May 30th at the Narendra Modi Stadium, Ahmedabad.

“The World’s Largest Cricket Stadium – Narendra Modi Stadium in Ahmedabad will host the Playoffs as well as the final on 30th May, 2021 which promises to be a visual spectacle. The newly-built stadium that hosted India’s second pink-ball fixture at home with great grandeur will host its first-ever IPL,” the release read.

The BCCI said that this IPL will be played “behind closed doors to begin with and a call on allowing spectators will be taken at a later stage of the tournament”.

“The fixtures of the tournament have been mapped in a way that every team will travel only three times during the league stage, thus reducing commute and minimising risk,” it added.

Each team is set to play at four venues during the league stage. Out of the 56 league matches, Chennai, Mumbai, Kolkata and Bengaluru will host 10 matches each while Ahmedabad and Delhi will host 8 matches each.

One of the highlights of this edition of the IPL will be the fact that all matches will be played at neutral venues, no team will play at their home venue. All teams will play at 4 out of 6 venues during the league stage. 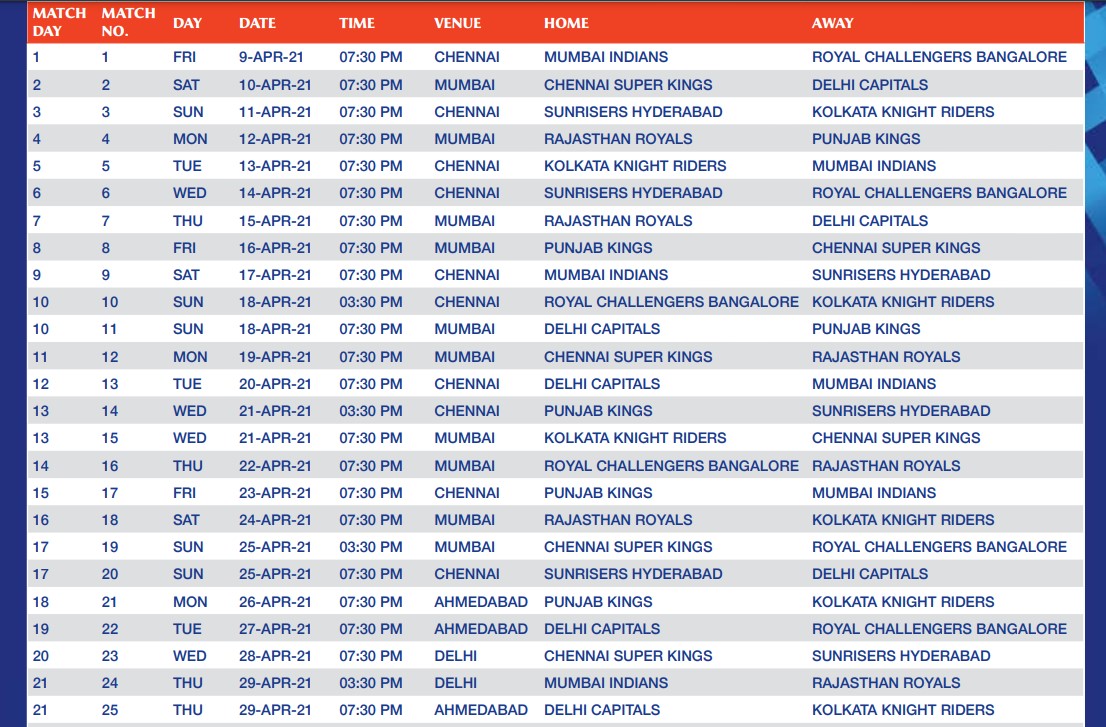 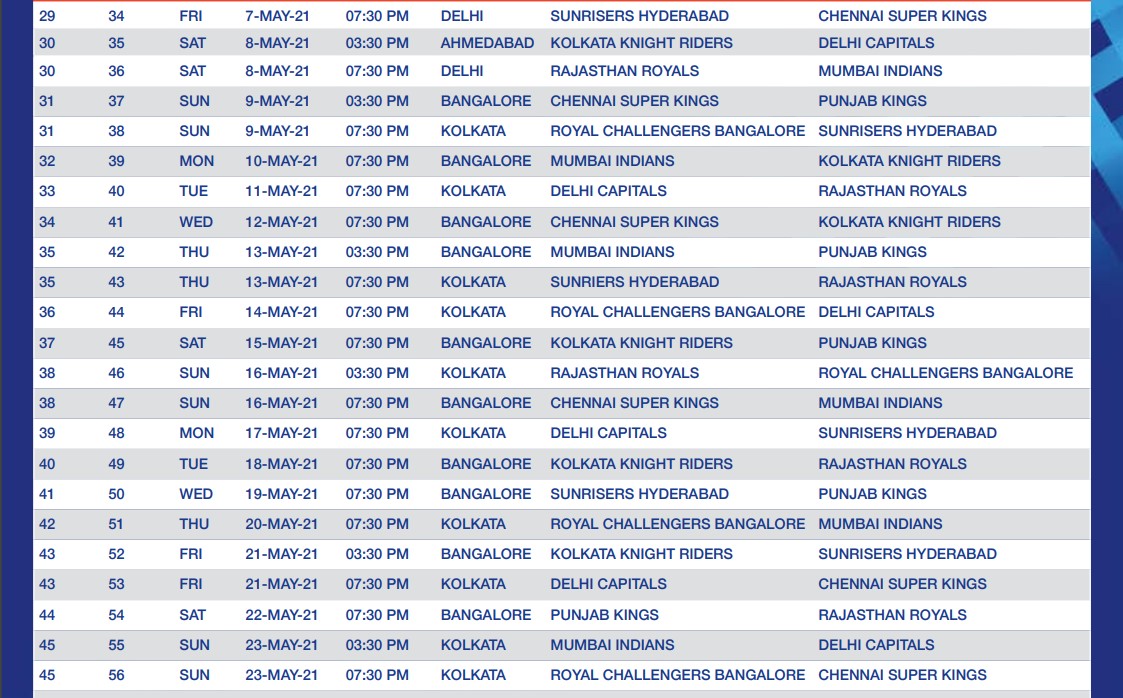