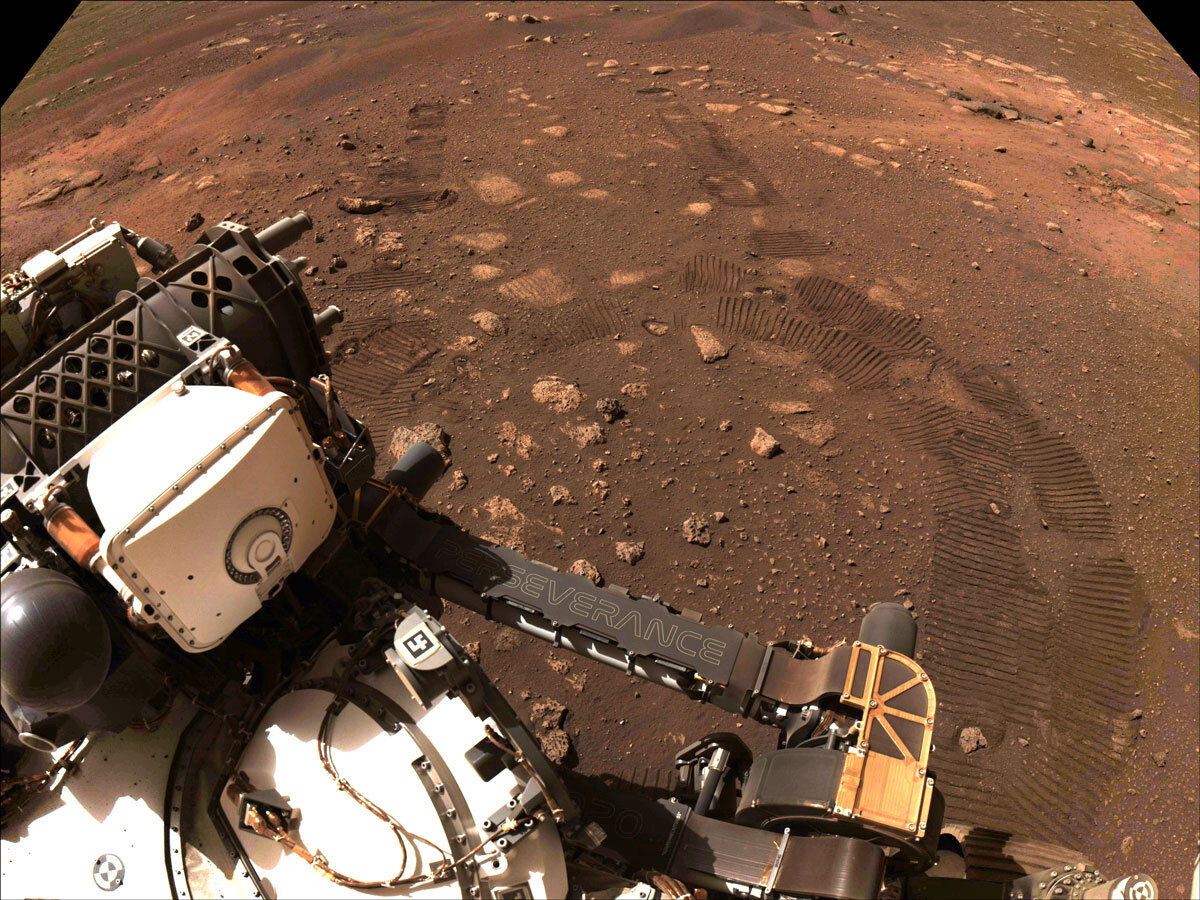 US Space agency NASA’s Perseverance rover took its first drive on Mars and covered 21.3 feet (6.5 meters) across the Martian landscape.

The drive performed on March 4, served as a mobility test that marks just one of many milestones as team members check out and calibrate every system, subsystem, and instrument on Perseverance, an officials statement said on Friday. However, the location where Perseverance began its mission on Mars now bears the name “Octavia E. Butler Landing,” after the mane of a science fiction author –Octavia E. Butler.

According to the statement: “Once the rover begins pursuing its science goals, regular commutes extending 656 feet (200 meters) or more are expected.”When it comes to wheeled vehicles on other planets, there are few first-time events that measure up in significance to that of the first drive,” said Anais Zarifian, Mars 2020 Perseverance rover mobility testbed engineer at NASA’s Jet Propulsion Laboratory in Southern California.

“This was our first chance to ‘kick the tires’ and take Perseverance out for a spin. The rover’s six-wheel drive responded superbly. We are now confident our drive system is good to go, capable of taking us wherever the science leads us over the next two years.” the engineer said.

The drive, which lasted about 33 minutes, propelled the rover forward 13 feet (4 meters), where it then turned in place 150 degrees to the left and backed up 8 feet (2.5 meters) into its new temporary parking space. To help better understand the dynamics of a retrorocket landing on the Red Planet, engineers used Perseverance’s Navigation and Hazard Avoidance Cameras to image the spot where Perseverance touched down, dispersing Martian dust with plumes from its engines.

"Our first drive went incredibly well. […] You can see the wheel tracks that we left on Mars. I don't think I've ever been happier to see wheel tracks, and I've seen a lot of them." — @NASAJPL's Anais Zarifian describes a milestone for @NASAPersevere. pic.twitter.com/gewrGoLsRa

As per the statement, the rover’s mobility system is not the only thing getting a test drive during this period of initial checkouts. On February 16, Perseverance’s eighth Martian day, or sol, since landing – mission controllers completed a software update, replacing the computer program that helped land Perseverance with one they will rely on to investigate the planet.

While Another significant milestone occurred on March 2, or sol 12, when engineers unstowed the rover’s 7-foot-long (2-meter-long) robotic arm for the first time, flexing each of its five joints over the course of two hours. “Tuesday’s first test of the robotic arm was a big moment for us,” said Robert Hogg, Mars 2020 Perseverance rover deputy mission manager.”That’s the main tool the science team will use to do close-up examination of the geologic features of Jezero Crater, and then we will drill and sample the ones they find the most interesting. When we got confirmation of the robotic arm flexing its muscles, including images of it working beautifully after its long trip to Mars – well, it made my day,” he added.

"It shows a flat, light-toned rock […], on which we've targeted the very first observations from SuperCam […] Results from this first observation will be presented at a special SuperCam briefing next Wednesday."—@NASAJPL's Katie Stack Morgan on what's next for @NASAPersevere. pic.twitter.com/1qhm1aClDv

The aim of the mission is astrobiology, including the search for signs of ancient microbial life, the release said.