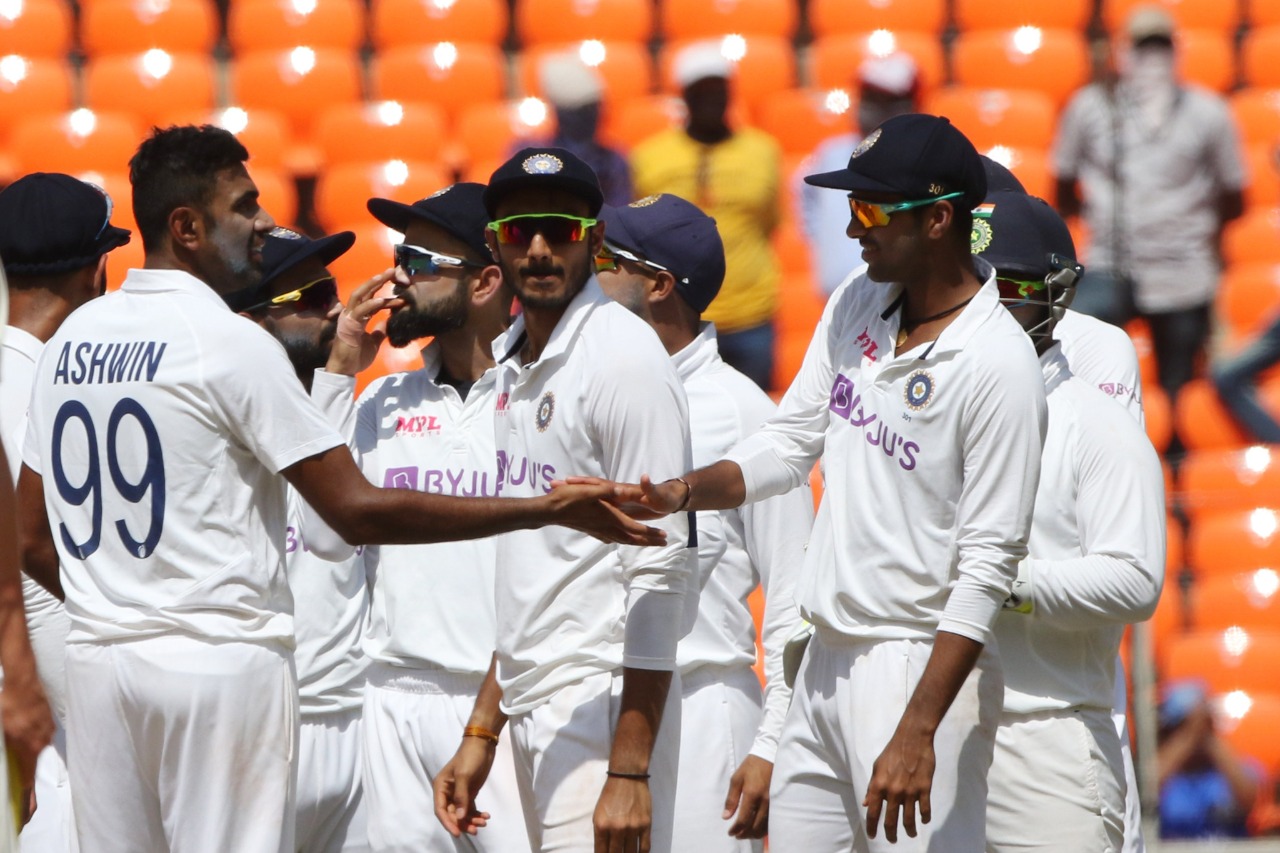 Team India on Saturday roared into the final of the inaugural edition of the ICC World Test Championship following an emphatic 3-1 series win over England.

Ravichandran Ashwin and Axar Patel shut England with a top-class display on the third day of the fourth Test at the Narendra Modi Stadium as the hosts won by an innings and 25 runs.

The English batsmen once again looked completely clueless after walking into the middle in the post-lunch session with a score of 6/0.

Dan Lawrence (50) was the only player who had some answer to the duo of Ashwin and Axar as none of the other batsmen seemed to have the technical acumen to dig in, barring skipper Joe Root (30).

All-rounder Ben Stokes, who had scored a gritty half-century in the first innings, came in with a lot of responsibility on his shoulders, but he could manage just 2 before Axar had his number.

Both the spinners scalped 5 wickets each in the second essay to script a historic win.

Earlier, resuming the third day on 294/7, India managed to pick a substantial 160-run lead as they scored 365. Rishabh Pant (101) and Washington Sundar (96 not out) were the top scorers while Rohit Sharma and Axar made useful contributions of 49 and 43 each.

“We had to pick up our body language after the first game in Chennai. Every team in international cricket is a quality side and we need to work hard to beat them, even at home. Keeping that intensity going is most important and is the hallmark of our team. Rohit’s knock was the defining moment in Chennai, and Ashwin has been our most bankable player over the years so they have been our best players this series. Now we can accept that the WTC final, which was a distraction in New Zealand in 2020, but now it’s a reality,” said Kohli.

“It’s a great feeling to win the series. It’s satisfying to see the youngsters perform in tough situations. The way Pant and Washi played… the pressure was on us but from there to get to 360 was incredible. The boys just took one series at a time. Never thought of the Test championship. Things got changed when we were top of the table and when we were not playing. The first Test in Chennai could have been different with a bit more rest,” Shastri said.