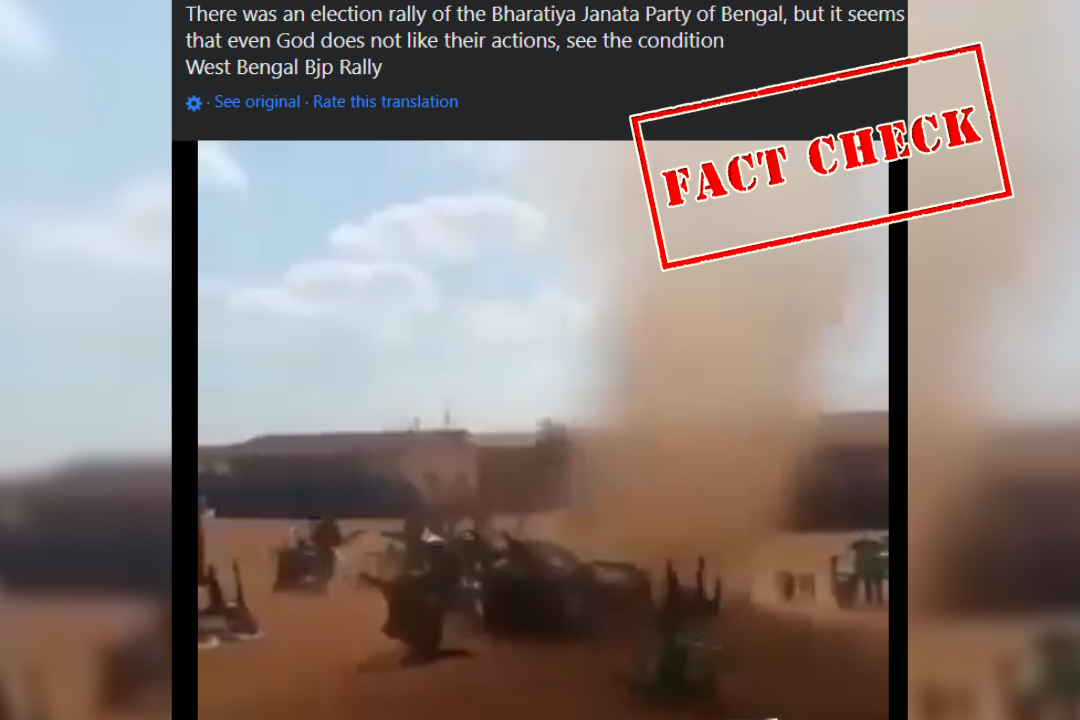 A video of a whirlwind is doing rounds on social media. It is being claimed that the tornado occurred during a BJP rally in West Bengal.

(Translation- There was an election rally of the Bharatiya Janata Party in Bengal, but it seems that even God does not like their actions, see the condition West Bengal Bjp Rally) 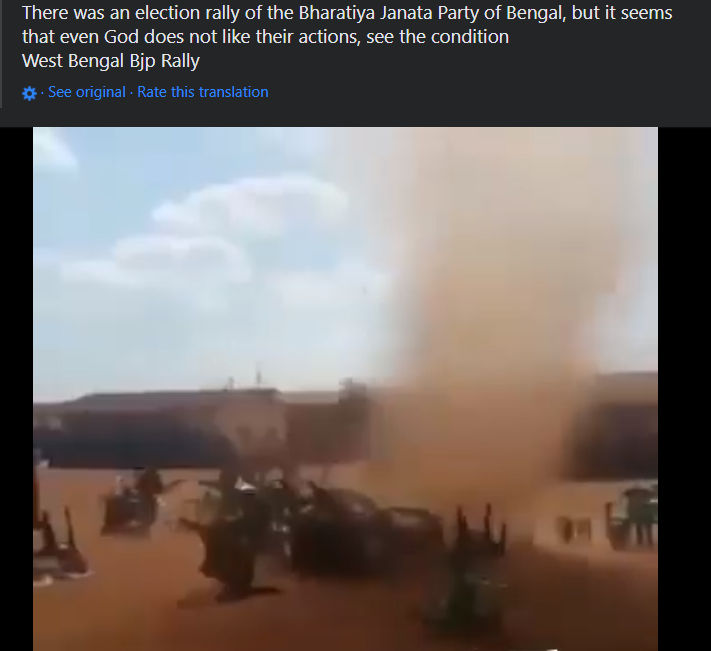 We ran a Reverse Image Search on the keyframes from the video and found the video on Daily Mail‘s YouTube channel published on October 2, 2018. The title of the video read, ‘Whirlwind sends furniture FLYING during a church event’.

As per the video, a fierce whirlwind disrupted a church event in Ukambani, Kenya. This sudden whirlwind destroyed chairs and other electronic equipment laid along its path while spiraling sand and dust in the air.

The incident was reported on the Daily Mail‘s website on October 2, 2018, as well. 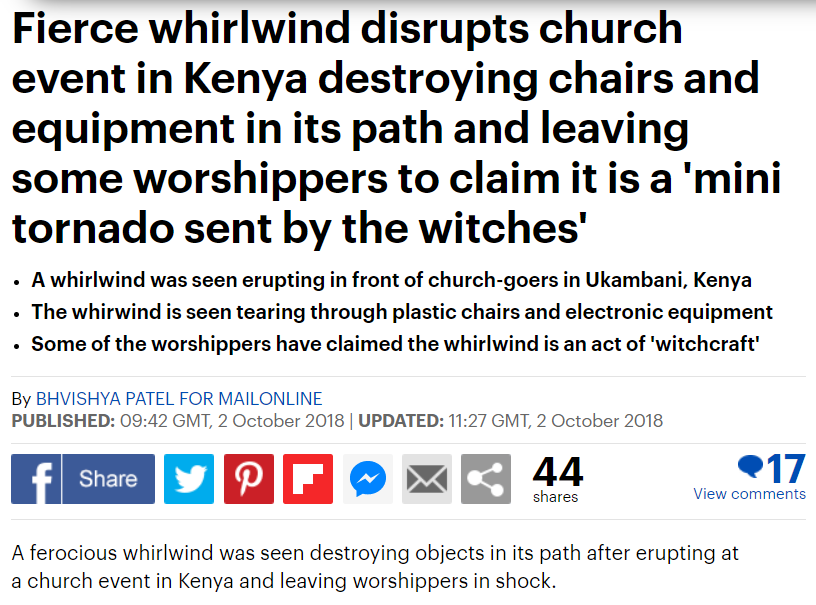 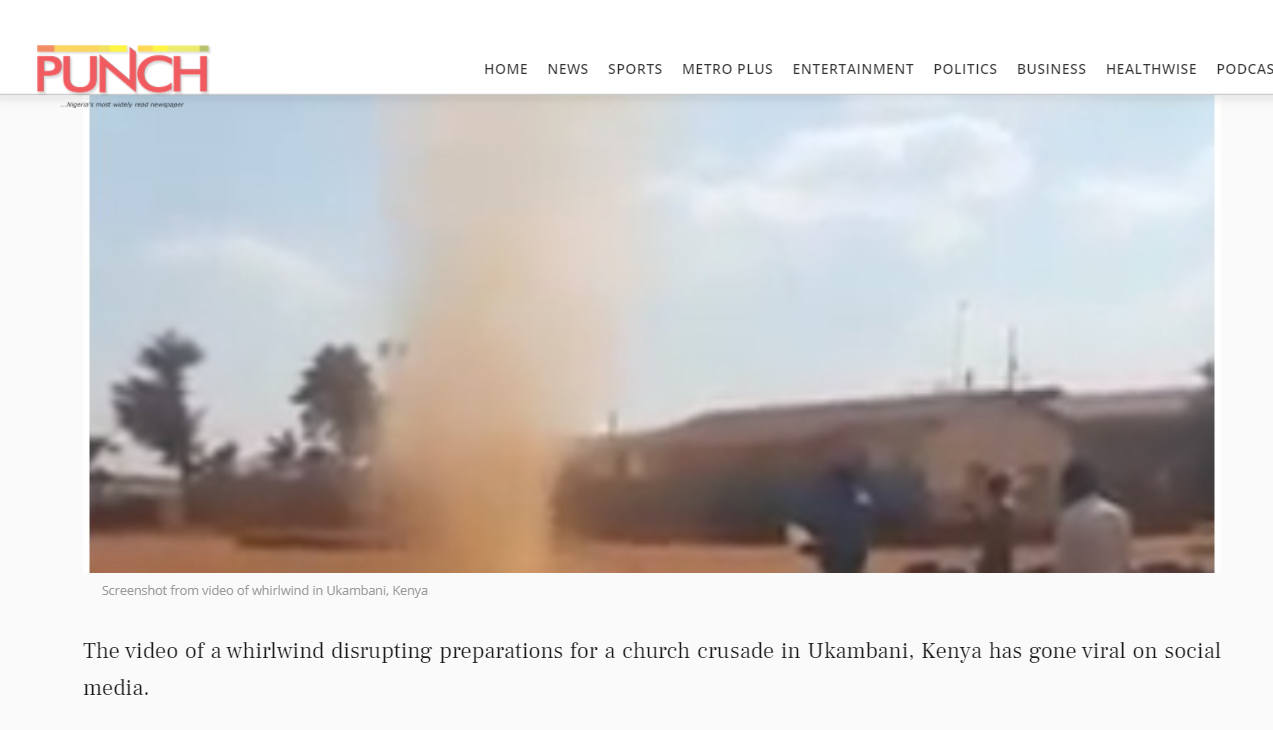 Further, we looked for media reports to verify if there was any whirlwind during the ongoing BJP rallies in West Bengal but did not find any report to substantiate the claim. 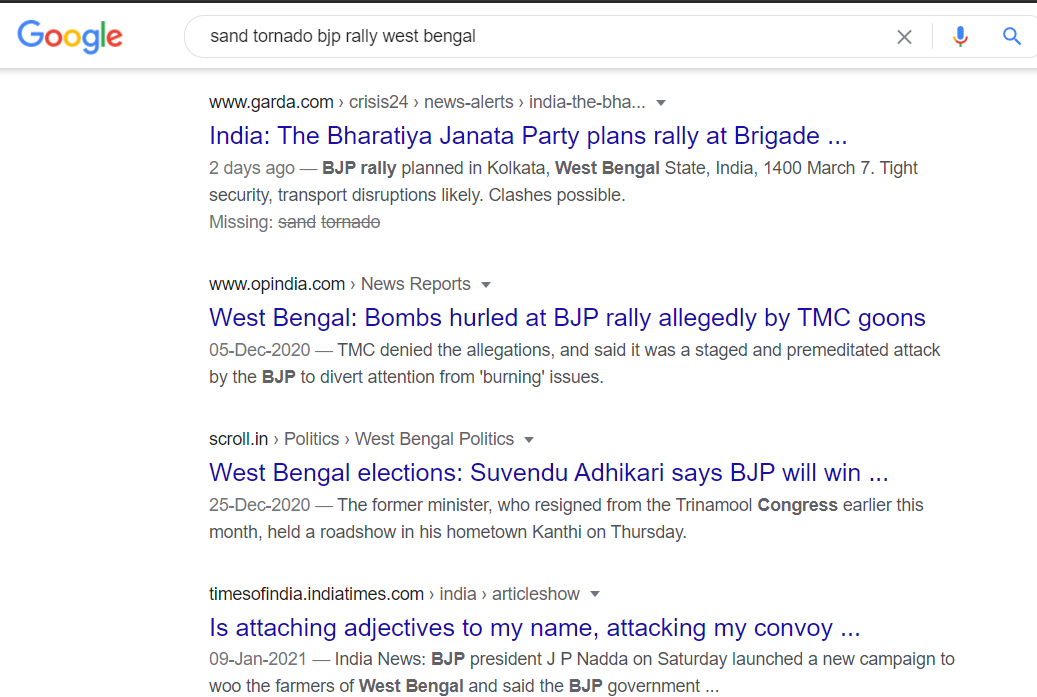 Hence, based on the above information, we can say that the video is old and no whirlwind occurred during any BJP rally in West Bengal.