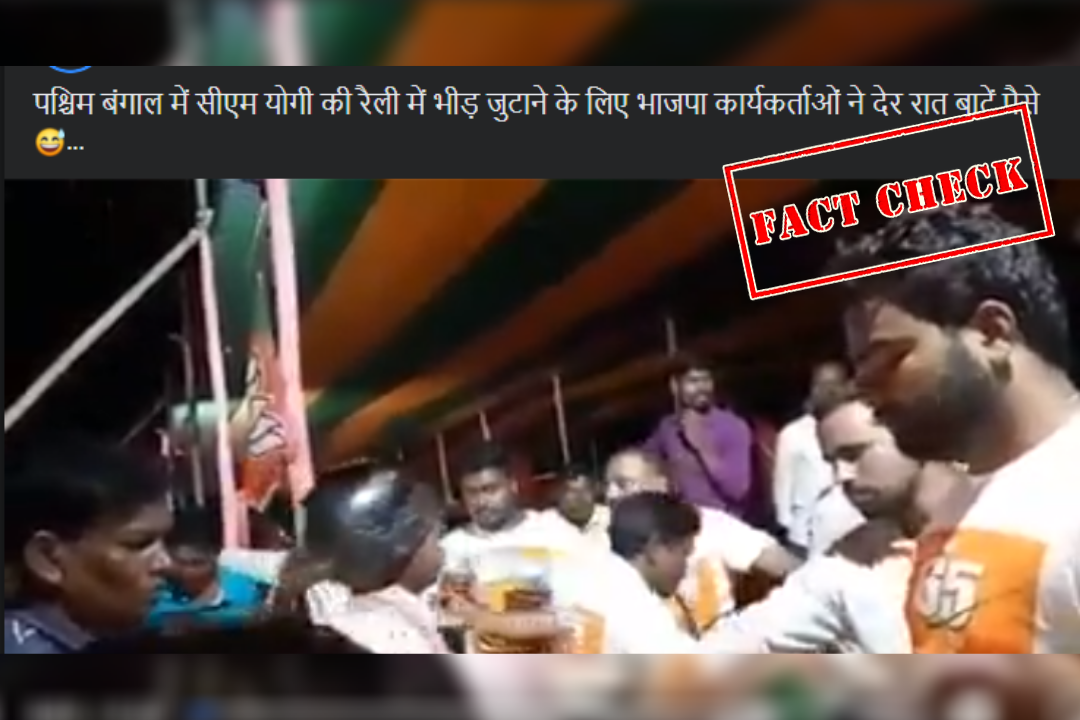 UP Chief Minister Yogi Adityanath held an election rally on March 2, 2021, in Malda in poll bound West Bengal. In this backdrop, a video of some people distributing money is doing the rounds on the internet. It is being claimed that BJP workers distributed money to mobilize crowd for Yogi Adityanath’s rally. 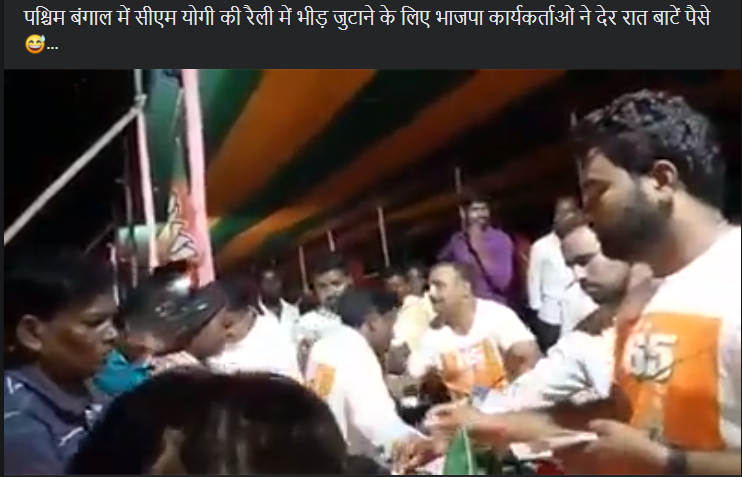 NewsMobile fact-checked the above video and found that the claim attached to it is FAKE.

After watching the video carefully, we saw “अबकी बार 65 पार” (we will cross 65 this time) written on the back of a person’s T-shirt. When we looked for this slogan, we found that it was used by BJP during the Jharkhand assembly elections in 2019.

When we extracted the keyframes from the video through the InVid tool and put them through Reverse Image Search, we found the video in question on Facebook, posted on October 19, 2019.

The title of the video read: Two hundred rupees distributed to gather the crowd in CM Raghuvar Das’s gathering. (Translated from Hindi)

NewsMobile independently could not verify the origin of the video but the above information proves that the video does not show money being distributed to mobilize crowd for Yogi Adityanath’s recent rally in West Bengal since the video was in circulation on the internet since 2019.