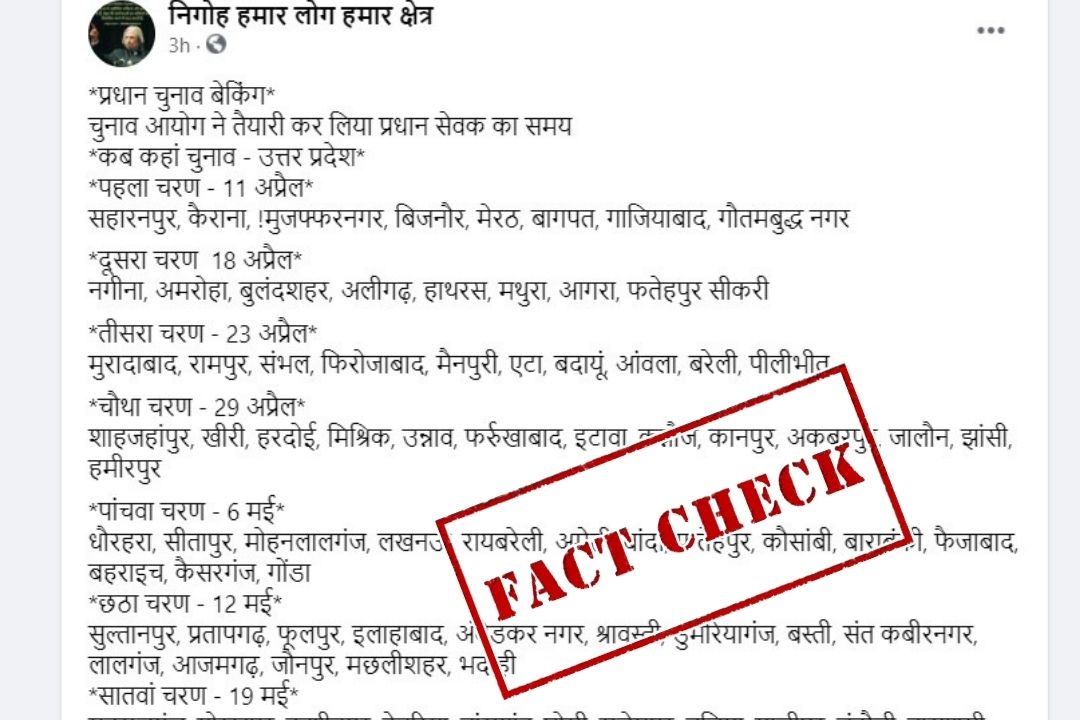 A message is being shared on social media with a claim that Election Commission has released dates for the upcoming panchayat elections in Uttar Pradesh. 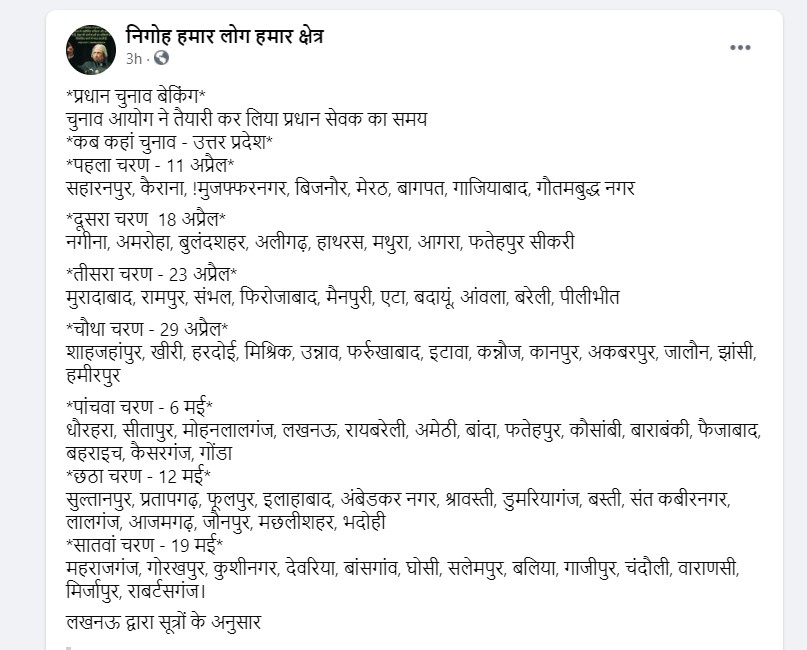 Firstly, we searched for UP panchayat election schedule, but couldn’t find any credible media report which states that the poll watchdog has announced the dates.

On digging further, we found that the dates and locations specified for the elections in the viral messages exactly match the election schedule for the 2019 Lok Sabha elections in Uttar Pradesh.

The schedule (released in 2019) below by the ECI shows that the dates and constituencies match those in the viral message. 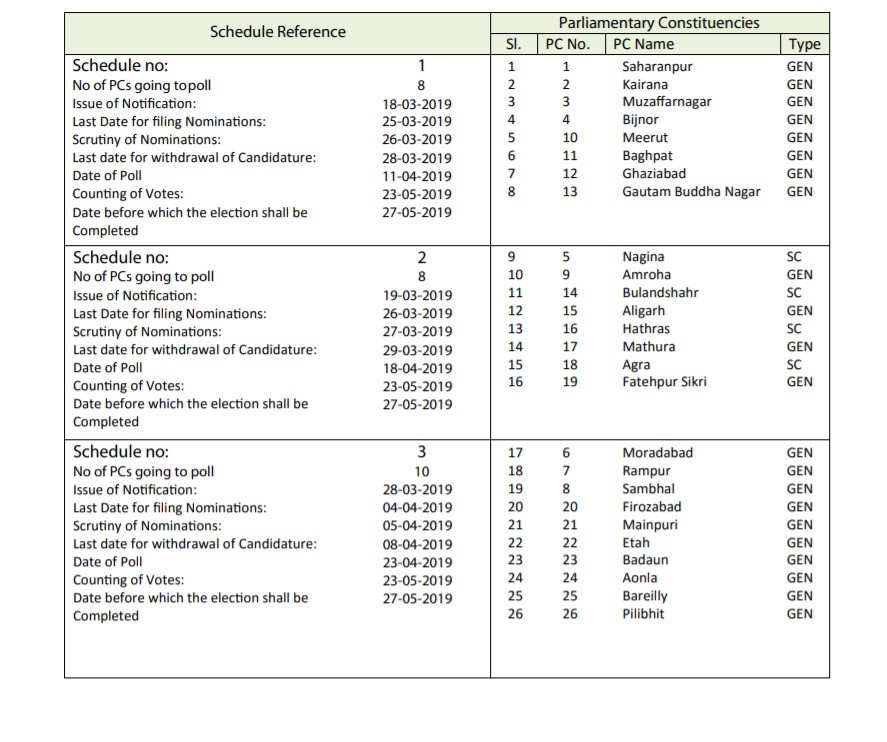 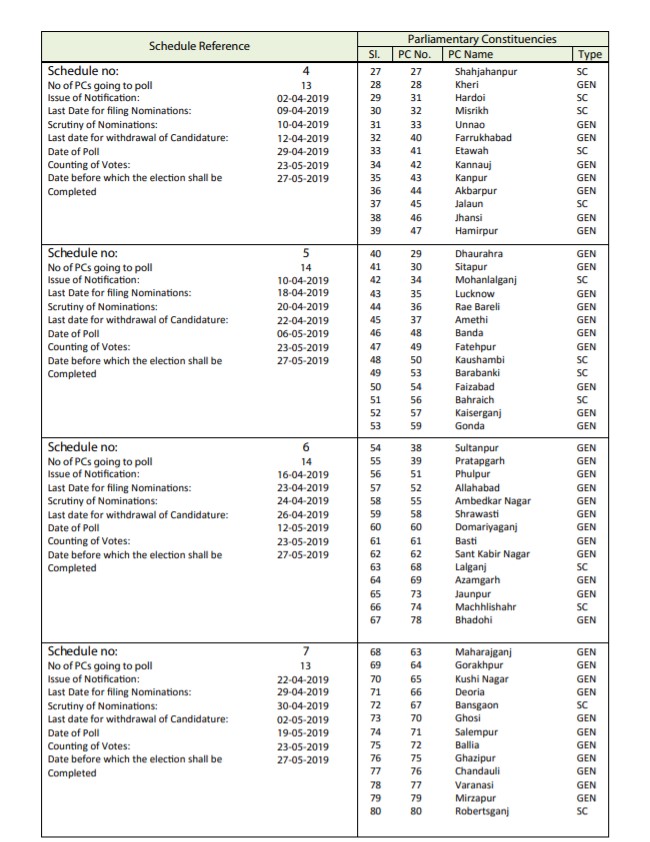 Here’s the comparison between the viral message and election schedule for UP during the 2019 Lok Sabha Elections. 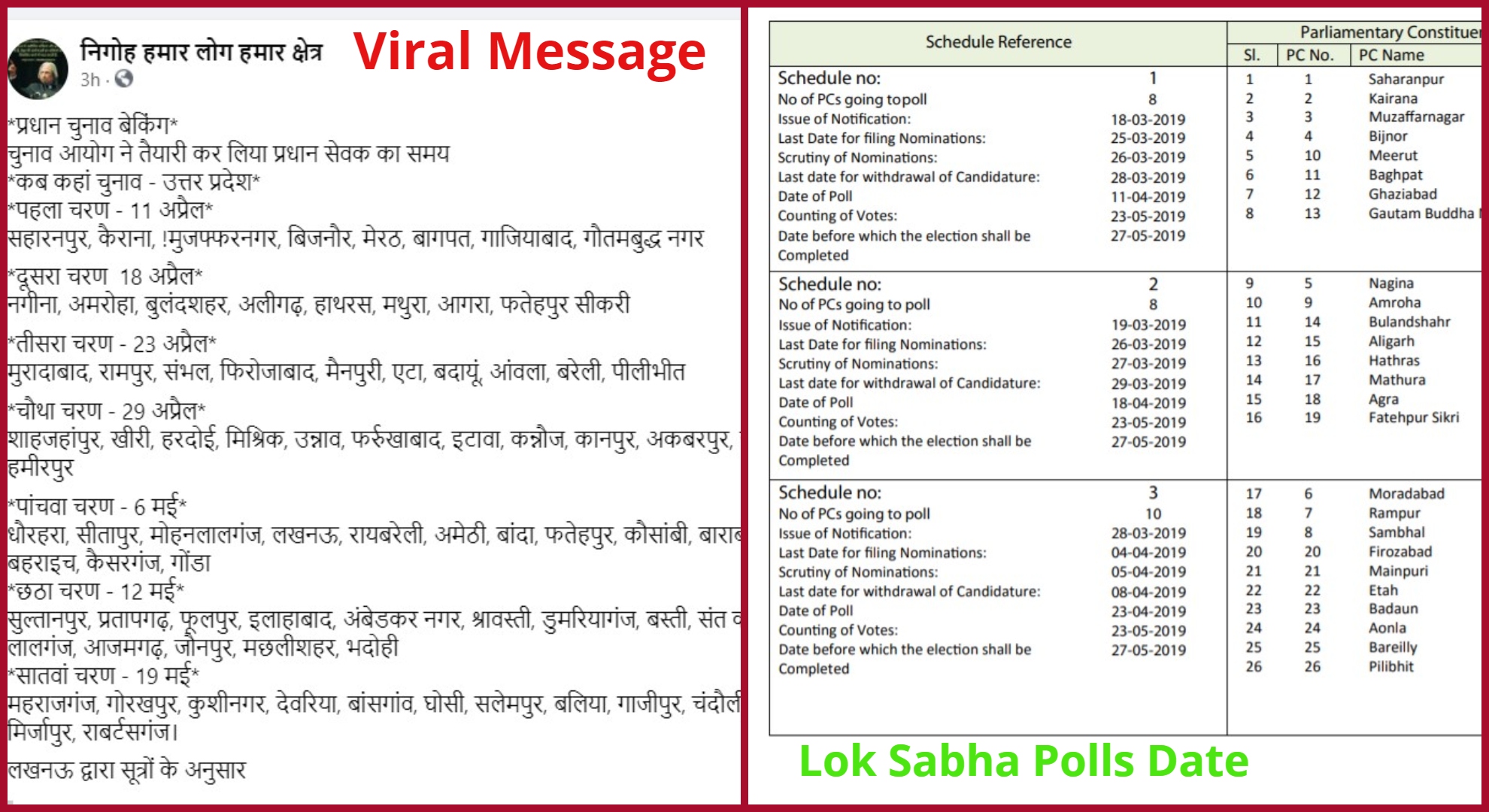 Also, we found that the schedule for the Panchayat polls in the state is yet to be released by the state election commission. Further, we found no new reports or any announcements on the State Election Commission’s website.

Hence, from the above information, we can say that the Election Commission has not announced the schedule for the upcoming panchayat election in UP till the time of filing this report.

The dates given in the viral post are not are FALSE.