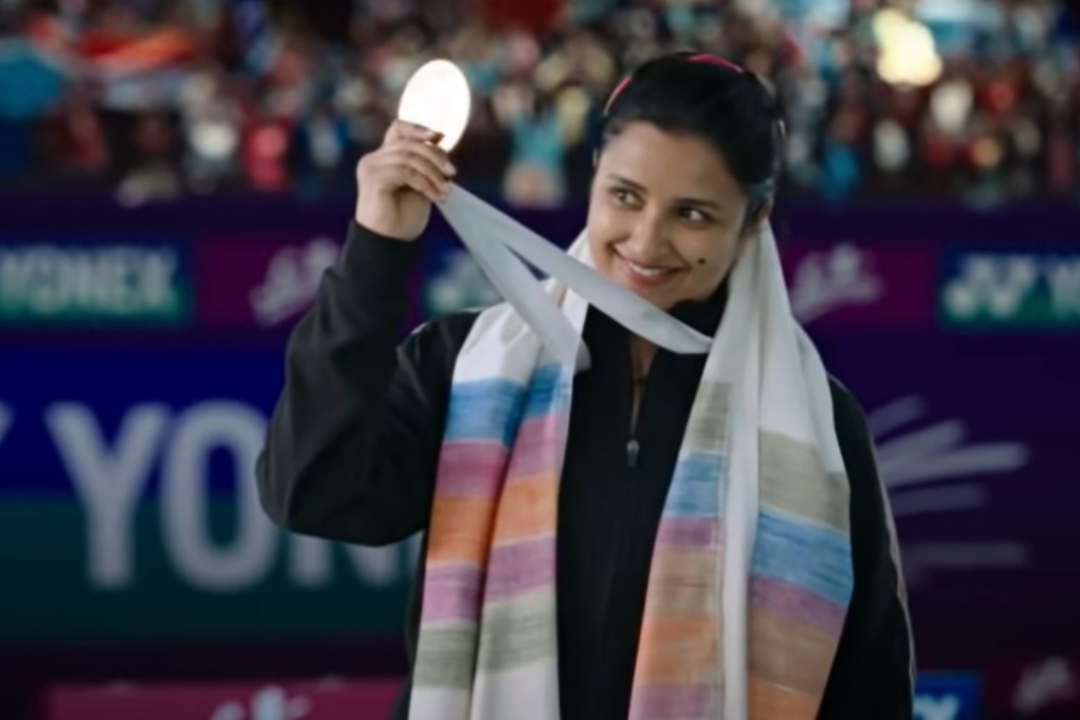 The nearly one-and-a-half-minute teaser of ‘Saina’ opens with a shot of a badminton court with Parineeti’s voiceover speaking about how half of the Indian population comprises of females who are only expected to cook and then are married off at the age of 18. However, she then adds, “I picked up a racquet instead of utensils and made my own destiny.”

The teaser then highlights Saina’s many achievements, showing how her parents and coach encouraged her to be the only Indian woman badminton player to become world No. 1. The final sequence of the teaser will surely give viewers goosebumps, as it shows Saina waving back at the audience after a match, with the Indian flag on her shoulders.

From the mole on her cheek to the way she takes shots on the badminton court, Parineeti’s portrayal of the ace badminton player is on point in the film’s teaser.

On Tuesday, the 32-year-old actor had dropped the release date of the film with a small video. She shared the clip and wrote, “SAINA! 26th March in cinemas.”

Written and directed by Amol Gupte, ‘Saina’ is being produced by Bhushan Kumar, Krishan Kumar, Sujay Jayraj, and Rajesh Shah. It brings on the big screen the journey of one of India’s greatest athletes, Saina Nehwal. The movie will hit the theatres on March 26.