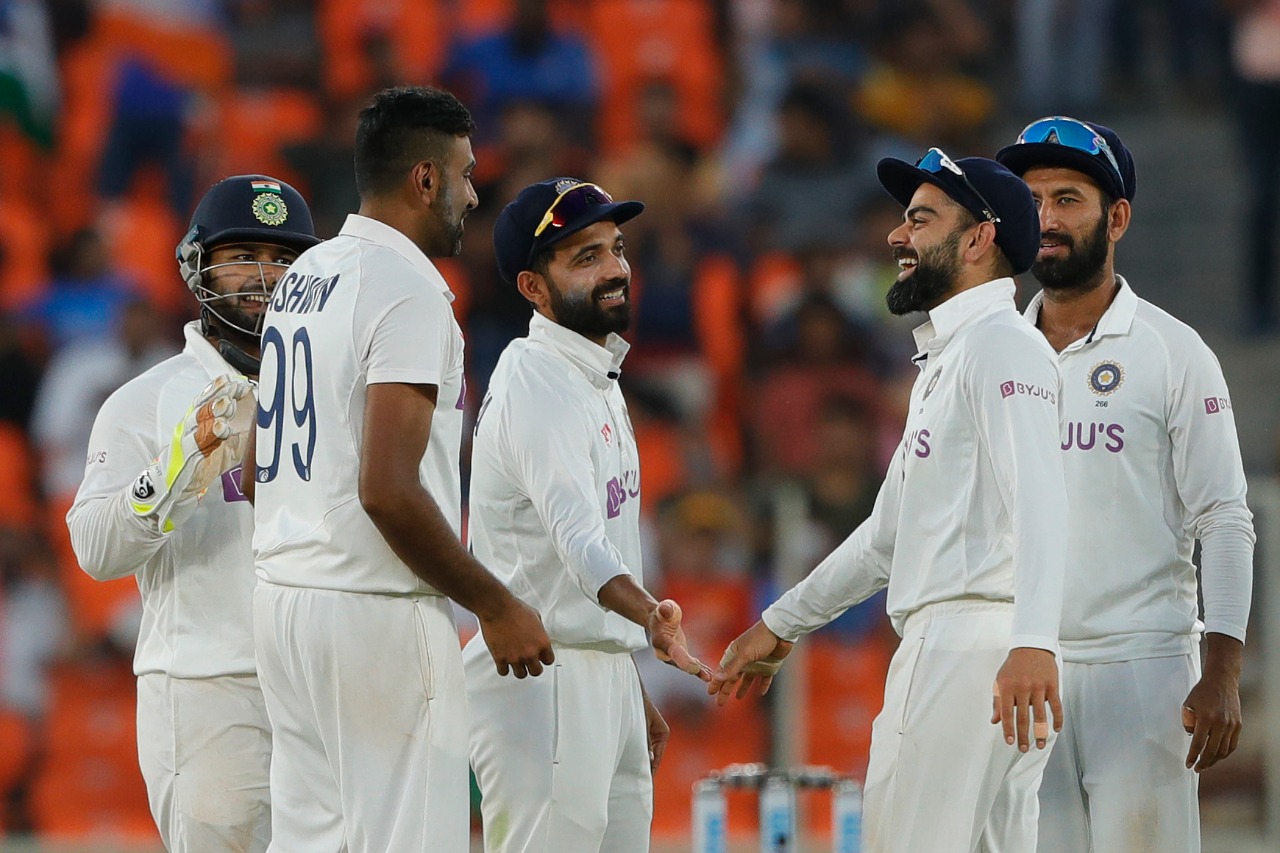 India is all set to play the fourth and last Test match at the Narendra Modi Stadium on Thursday.

Both the teams will be eager to win the crucial game. For England, it would be about respect, but for India, it would be about the ‘World Test Championship’ at the Lords. Virat Kohli’s men will be setting their eyes on only one thing — securing a spot in the WTC final.

India only needs to draw the final Test against Joe Root’s men in order to seal a spot in the final where they will take on New Zealand at the Lord’s from June 18-22.

The hosts will be riding on the confidence following their back-to-back wins in the last two Tests after suffering a massive 227-run defeat in the first game in Chennai.
In the last Test played with the pink ball in Ahmedabad, India registered a 10-wicket win within two days.

If England, somehow, manages to win the final Test and thereby draw the series, the WTC final will then be contested between New Zealand and Australia.

Another motivation for the England team going into the final Test would be to gain some much-needed confidence ahead of the limited-overs leg of the tour.
Root has already said that if his side manages to win the final Test then it would be one of his greatest achievements as a captain.

England Test captain Joe Root has said that if his side manages to draw the ongoing series then it would be one of his greatest achievements as a captain.

“You look at India’s record at home in recent times and it’s incredible. So, for us to come away with a drawn series would be a really good achievement, especially off the back of the last two games. We’ve had two challenging weeks but that doesn’t define us as a team. We need to look at this as a real opportunity to do something special. It would be a brilliant achievement to leave here two-all. It would be a monumental effort from this group of players. So there are loads to play for,” ESPNCricinfo quoted Root as saying.

How good your cricket knowledge is? How are you different from all the rest? Take the quiz and find out right now!