With assembly elections in five Indian states round the corner, all political parties have stepped up their campaigning to woo the voters. Not just this, misinformation related to elections and parities is also spreading rapidly on social media platforms.

We came across one such post on social media, in which a picture was shared with the claim that it is of the crowd that had gathered during the political rally of Congress and Trinamool Congress.

Here’s what the caption reads: “This is Massive! Joint rally of INC, India & CPIM, WESTBENGAL at Brigade ground in the heart of Kolkata. More then 10 million people join in. According to opinion polls conducted by Telegraph, Wire, Scroll and Quint, Mamta Bannerjee wins by an overwhelming majority. In the words of Neruda, you can cut all flowers but you cannot stop spring.”

NewsMobile Fact checked the above post and found it to be false and misleading.

After running a reverse image search on the above photo, we discovered that the place in the photo is not the Brigade ground in Kolkata, India, but it is the photo of El-Tahrir Square, also known as “Martyr Square” in Cairo, Egypt.

On digging more about it, we found a sublink on Wikipedia that talked about public protests and demonstrations which were held at this place. 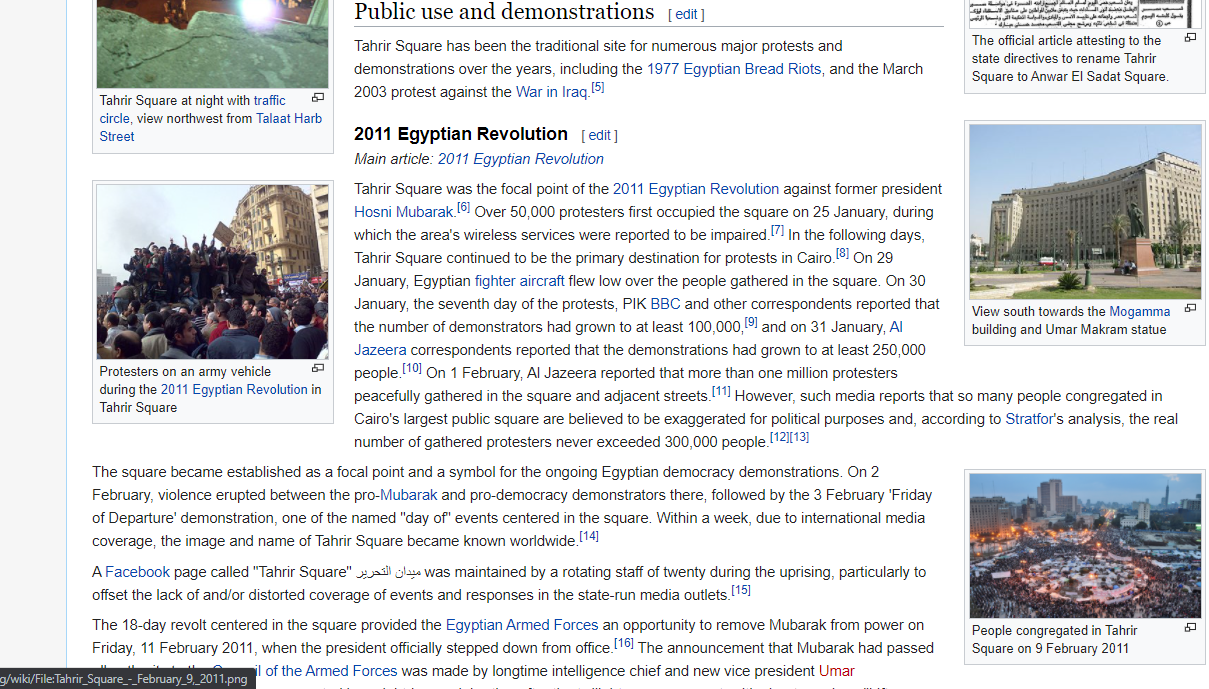 We found out that Tahrir Square was the focal point of the 2011 Egyptian Revolution against former president Hosni Mubarak. On February 1,2011, Al Jazeera reported that more than one million protesters peacefully gathered at the square and adjacent streets.

With this information in hand, we dug further and found that the same photo was posted by The Albany Democrat-Herald.  According to the article, the picture was taken on February 1, 2011, in Egypt.

The caption of the post read, “Ten years ago: Egyptian President Hosni Mubarak announced he would not run for a new term in September elections but rejected protesters’ demands he step down immediately and leave the country, after a dramatic day in which a quarter-million Egyptians staged their biggest protest to date calling on him to go.”

Apart from this, we found a similar photo, taken at the same location in an article by The Guardian. 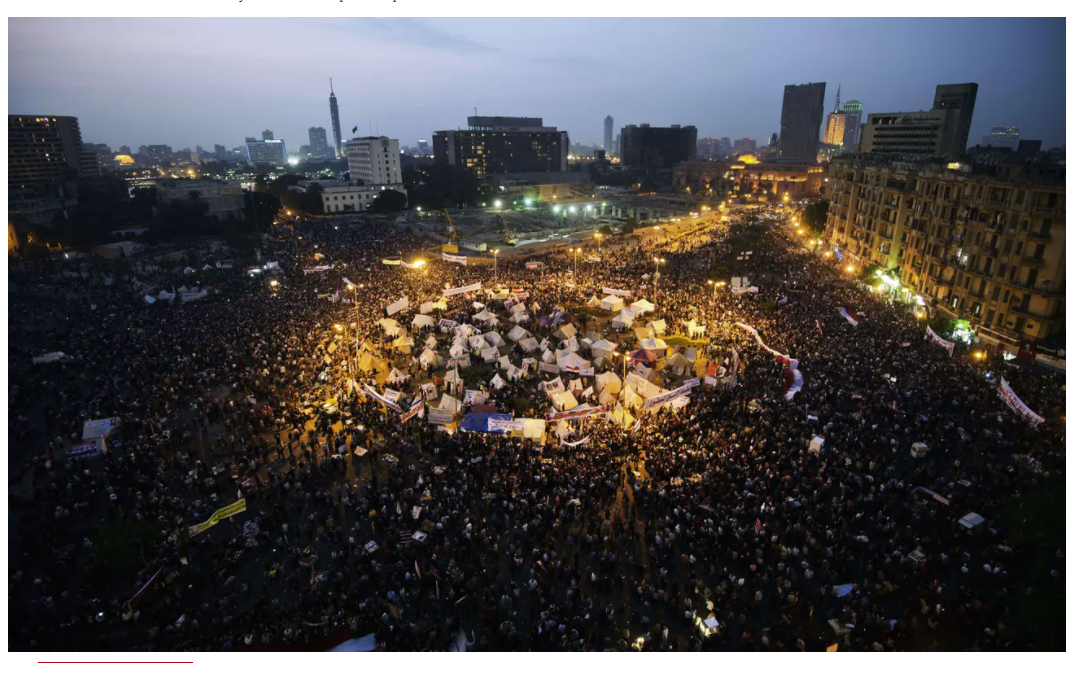 Here’s a comparison of both the pictures:

Meanwhile, we also looked for visuals from the left and Congress rally which was held on February 28, 2021, in Kolkata. As per this media report by ABP news, it can clearly be seen that the visuals from the rally are nowhere similar to this picture.

Hence with all this information, it is clear that this photo wasn’t taken during the rally of Congress and CPIM, but is from the protest that broke out in 2011 in Egypt.

Synonymstwo words that can be interchanged in a context are said to be synonymous relative to that contextMore (Definitions, Synonyms, Translation)