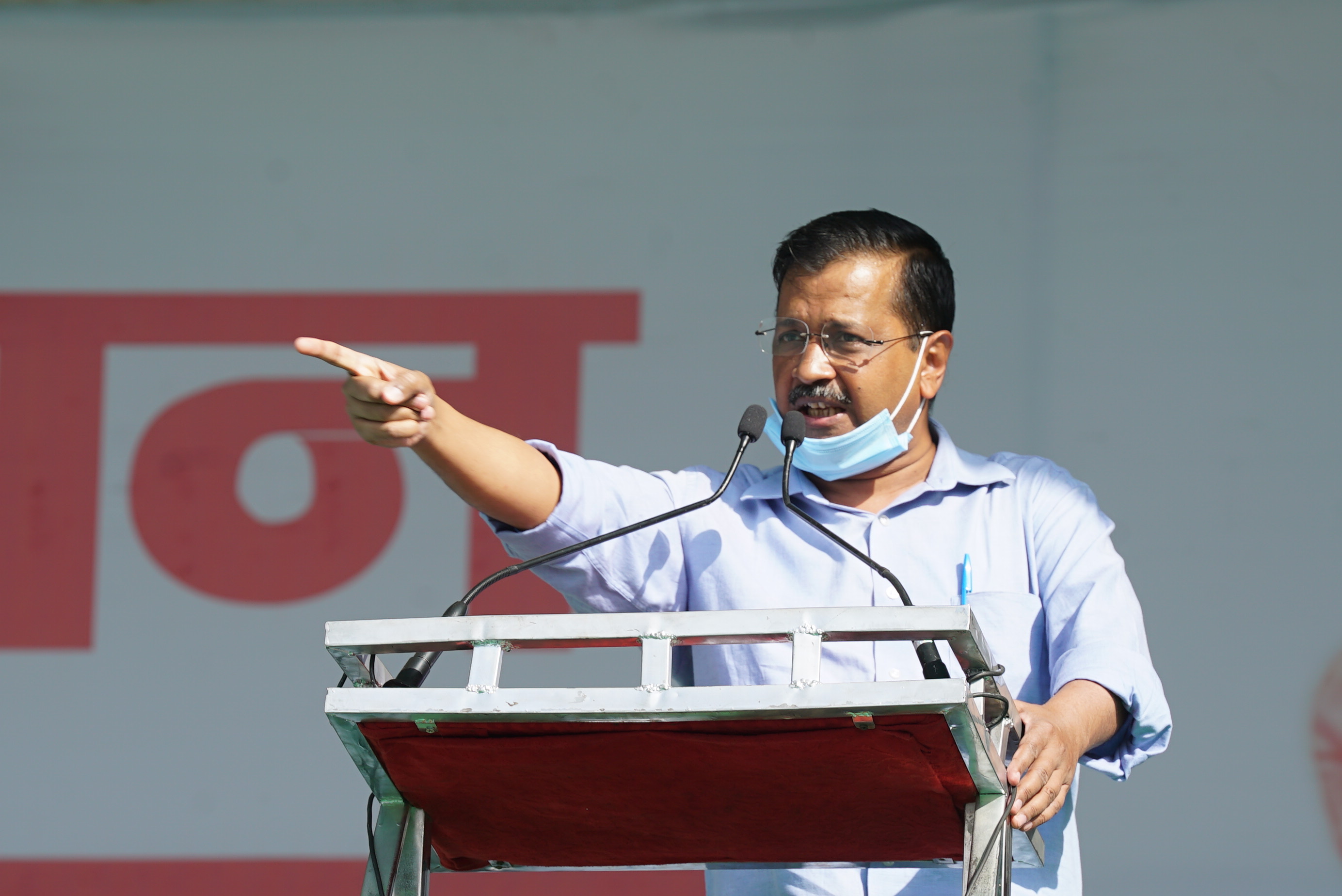 The Aaam Aadmi Party has swept the civic body bypolls in the national capital bagging four out of five seats with Congress winning the other. The BJP however drew a blank on the poll score card.

In the Municipal Corporations of Delhi (MCD) bypolls, AAP put up a stellar performance and bagged Kalyanpuri, Rohini-C, Shalimar Bagh (North) and Trilokpuri seats while the Congress won the Chauhan Banger seat.

AAP chief and Delhi Chief Minister Arvind Kejriwal took to Twitter to say that Delhi had once again voted for development.

BJP finished at number two on four seats while it slipped to the third spot on Ward 041-E (Chauhan Banger).

Elections for 272 wards in three municipal corporations are due in 2022.

Kejriwal also said that people have now fed up with BJP’s “misrule” in the MCD and are desperate to make AAP win the MCD.

AAP leader and Delhi Deputy CM Manish Sisodia said the BJP will be wiped out in 2022 civic body polls.

“The people of Delhi have expressed their confidence in us. They are fed up with BJP and this election is an indication of that. In the 2022 Delhi municipal polls, BJP will be wiped out,” Sisodia said.

Polling on the MCD bypolls held in five wards — Ward No 32N, (Rohini-C), Ward No 62N, (Shalimar Bagh North) in North Delhi and Ward No 02-E (Trilokpuri), Ward No 08-E (Kalyanpuri) and Ward No 41-E (Chauhan Bangar) in East Delhi took place on Sunday at 327 polling stations while adhering to COVID-19 protocols.

Twenty-six candidates from BJP, Congress, AAP and other parties were in the fray. (With ANI inputs)