A video of a march by Rashtriya Swayamsevak Sangh (RSS) volunteers is being shared on social media.

The post claims that the rally was taken out in retaliation against a rally taken out by Popular Front of India (PFI) activists in Kerala’s Malappuram district where they ‘chained and paraded RSS workers publicly through the streets’. 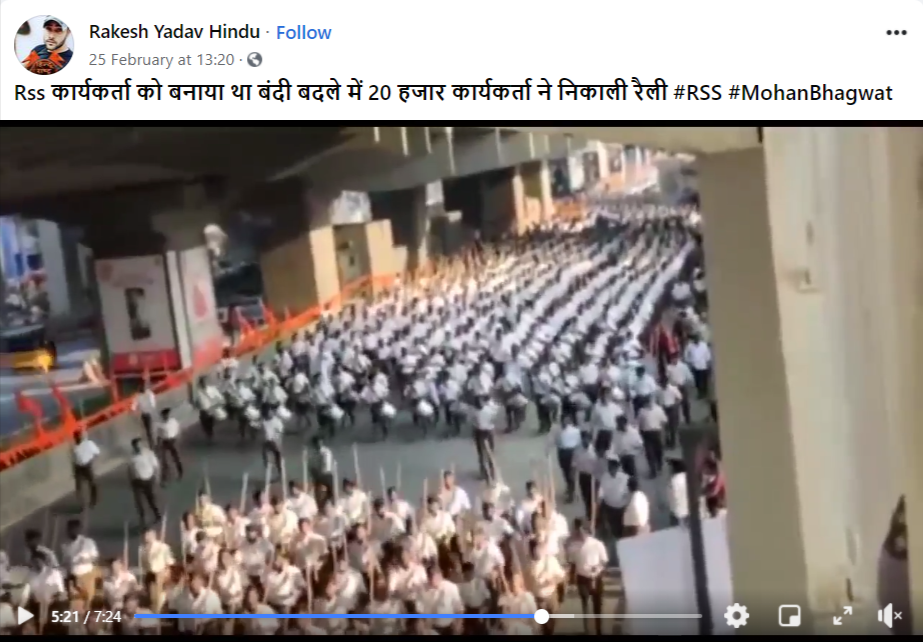 We debunked the claim in two different parts and here’s what we found:

CLAIM 1: Recent video of the march by RSS Volunteers

The post claims that the rally was taken out recently, however, we found out that the video of the march by RSS members was old.

We extracted keyframes from the video and put them through Google Reverse Image Search. We found the same video on YouTube dated December 27, 2019, claiming that it was taken during the first-ever meeting of Rashtriya Swayamsevak Sangh (RSS) in Hyderabad. 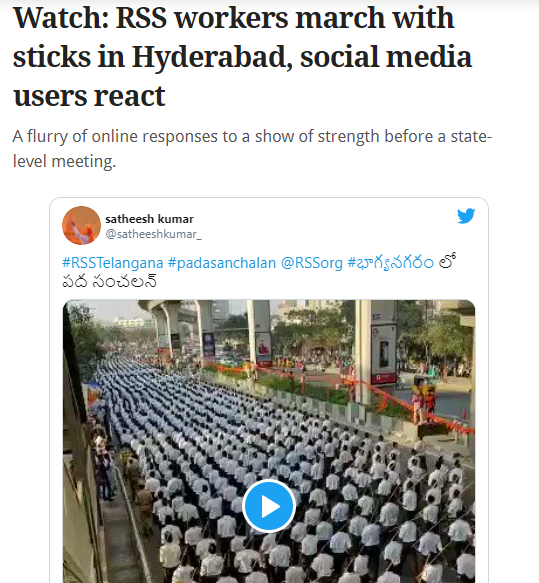 Further, similar pictures of the RSS mega march in Hyderabad, were also posted by news agency ANI on Twitter, on December 25, 2019.

Moreover, a similar misleading claim regarding this video was debunked by NewsMobile in September 2020 as well, where the video was being passed off as one recorded in 2020.

Hence, this proves that the video in circulation is from 2019 and is not recent. 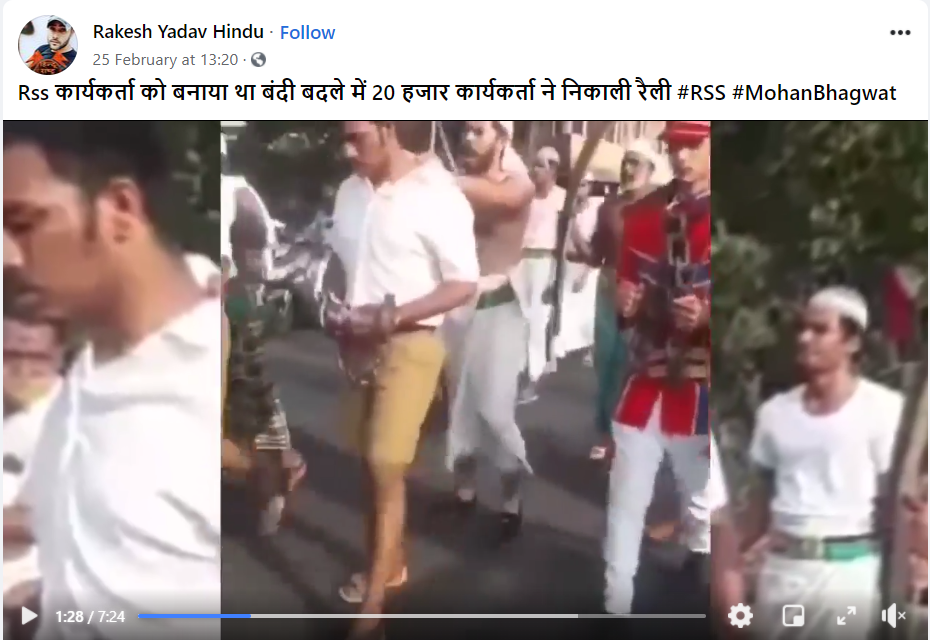 As for the second claim, NewsMobile debunked the same on February 22, 2021.

The Popular Front of India (PFI) took out a unity march in Kerala’s Malappuram on the occasion of Foundation Day on February 17, 2021. In the video, two handcuffed men in what appears to be RSS uniform can also be seen.

However, in our investigation, we found that the two men in the RSS uniform were members of PFI who had dressed up for the march.

We found a visual from the video in a report on Inshorts dated February 20, 2021. The headline of the report read, “PFI takes out rally in Kerala with people dressed like RSS cadres”.

Hence, from the above fact check, it is clear that the post in circulation is false and an old video is being circulated with a misleading claim.