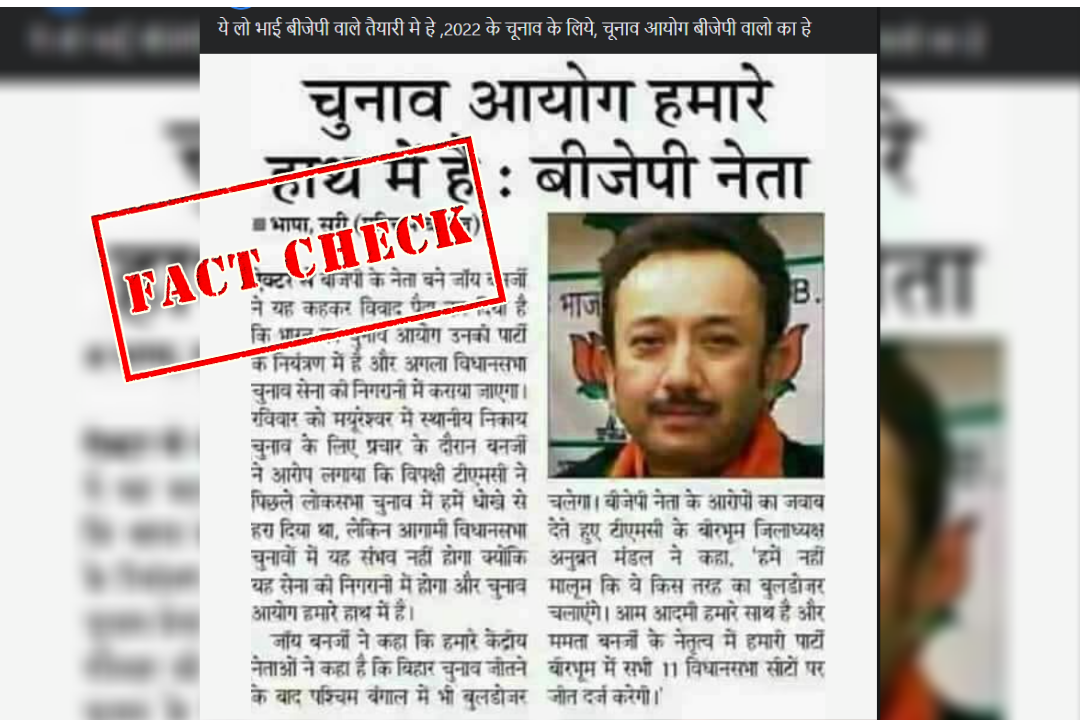 (Translation: Election Commission is in our hands: BJP leader) 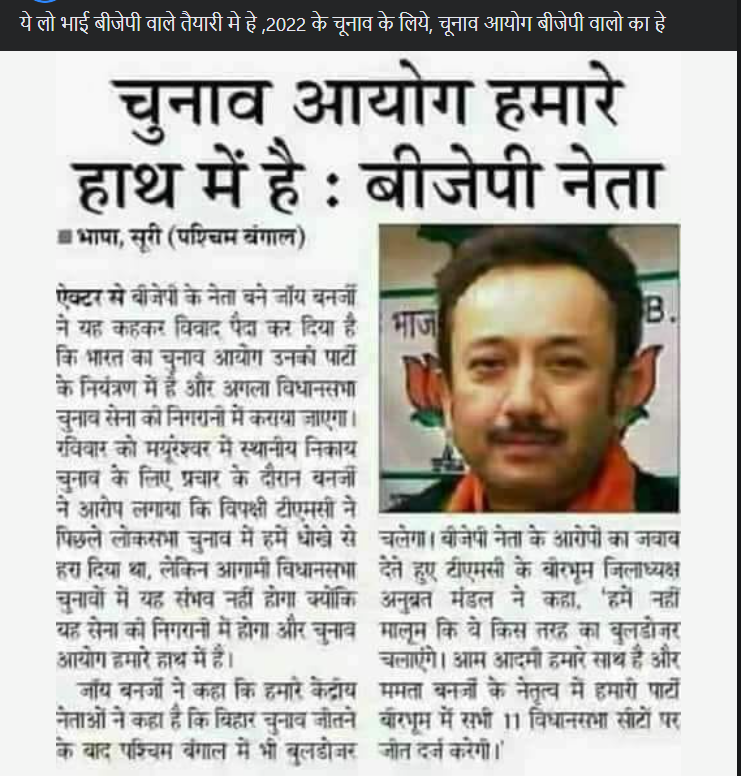 Firstly, on putting the picture through Reverse Image Search along with relevant keywords, we found the same clipping on Twitter uploaded on September 23, 2015.

Further, we found that the incident was covered by NDTV on September 20, 2015. The headline of the report read, “Election Commission is in our hands, BJP leader”. (Translated) 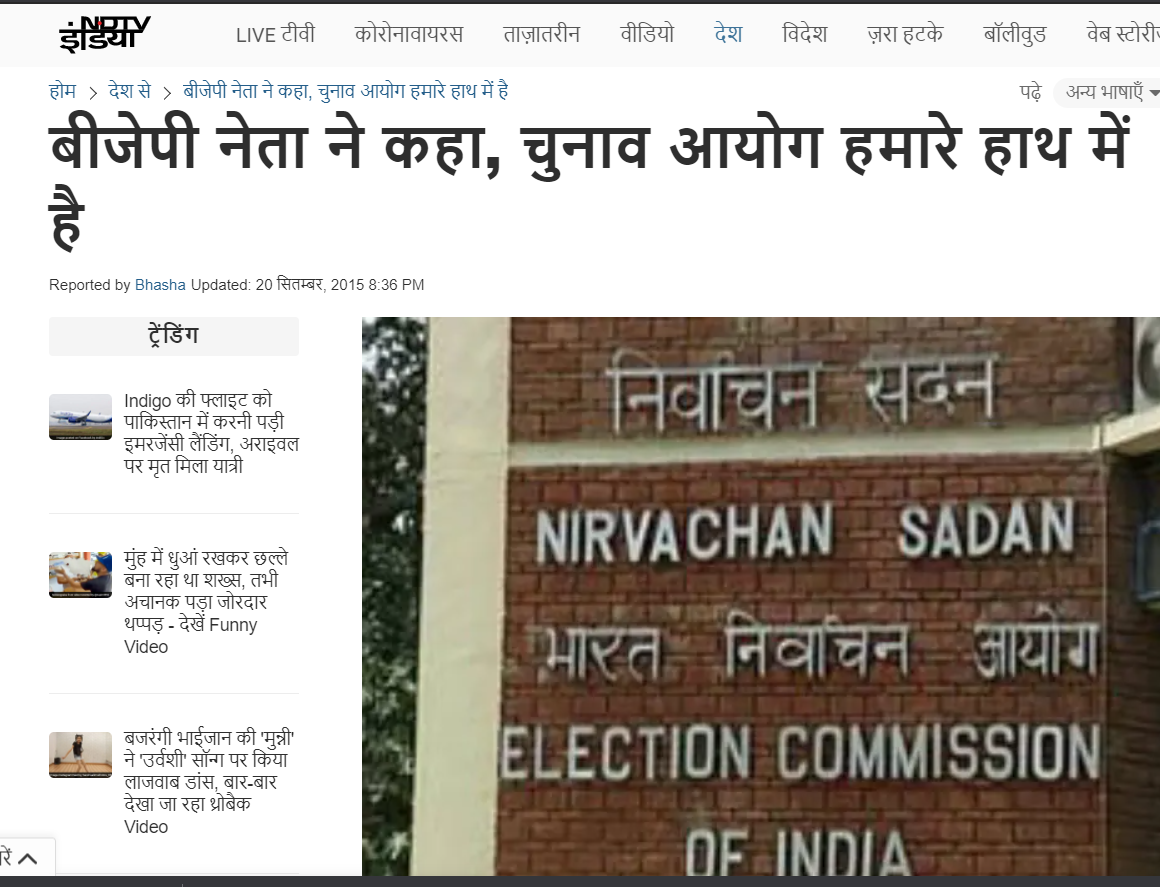 As per the article, Joy Banerjee gave this statement in September 2015 in Birbhum district of West Bengal. He said that Election Commission of India is under the control of his party and the next assembly elections in Bengal will be held under the supervision of the army. His statement created a huge controversy back then.

We also found a video by India Today on YouTube published on September 21, 2015. The title of the video read, “Election Commission Is In Our Grip: BJP’s Joy Banerjee”.

In conclusion, upon analysing our findings, it is safe to say that an old statement made by BJP leader Joy Banerjee is being shared as a recent one.