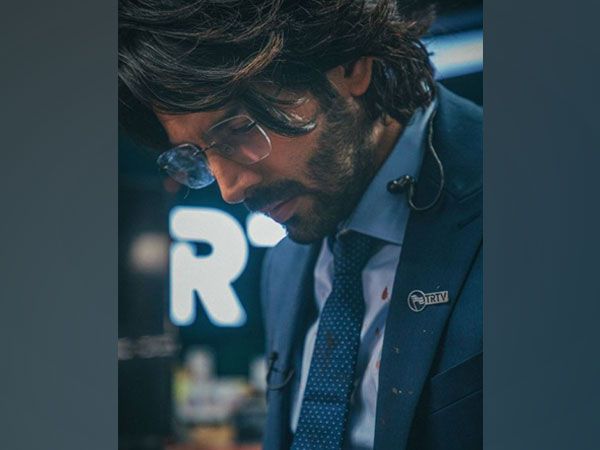 The much-awaited teaser of Bollywood actor Kartik Aaryan’s upcoming film ‘Dhamaka’ is finally out and it features the actor in a never-seen-before avatar, which will definitely pique the curiosity of viewers.

The nearly one-minute-long teaser was shared by the actor on his Instagram account. He also revealed that the movie is set to stream on Netflix exclusively, without giving away the release date.

In the intriguing teaser, the actor can be seen giving an insight into the intense, gritty, and solid character of a news anchor. Breaking away from the usually light-hearted roles Kartik ventures into the intense world of thriller cinema with ‘Dhamaka’.

The teaser sees him in a raw and rustic avatar and it is all about Kartik’s character and the way he is handling the stressful situation amidst live cameras.

The teaser of ‘Dhamaka’ promises a gripping story woven around a news anchor reporting a hard-hitting incident of a bomb-blast in realtime. In the teaser, Kartik’s character Arjun Pathak can be seen saying, “Jo bhi kahunga, sach kahunga.”

Directed by Ram Madhvani, the thriller is being produced by Ronnie Screwvala’s RSVP Movies and Ram Madhvani Films in association with Lotte Cultureworks, Globalgate Entertainment, and Lionsgate.

The film will follow a news anchor reporting a hard-hitting incident of a bomb-blast in realtime. Kartik’s character will be subjected to circumstances grappling him between tough choices, abidance to his career, or awakening the humanist within.