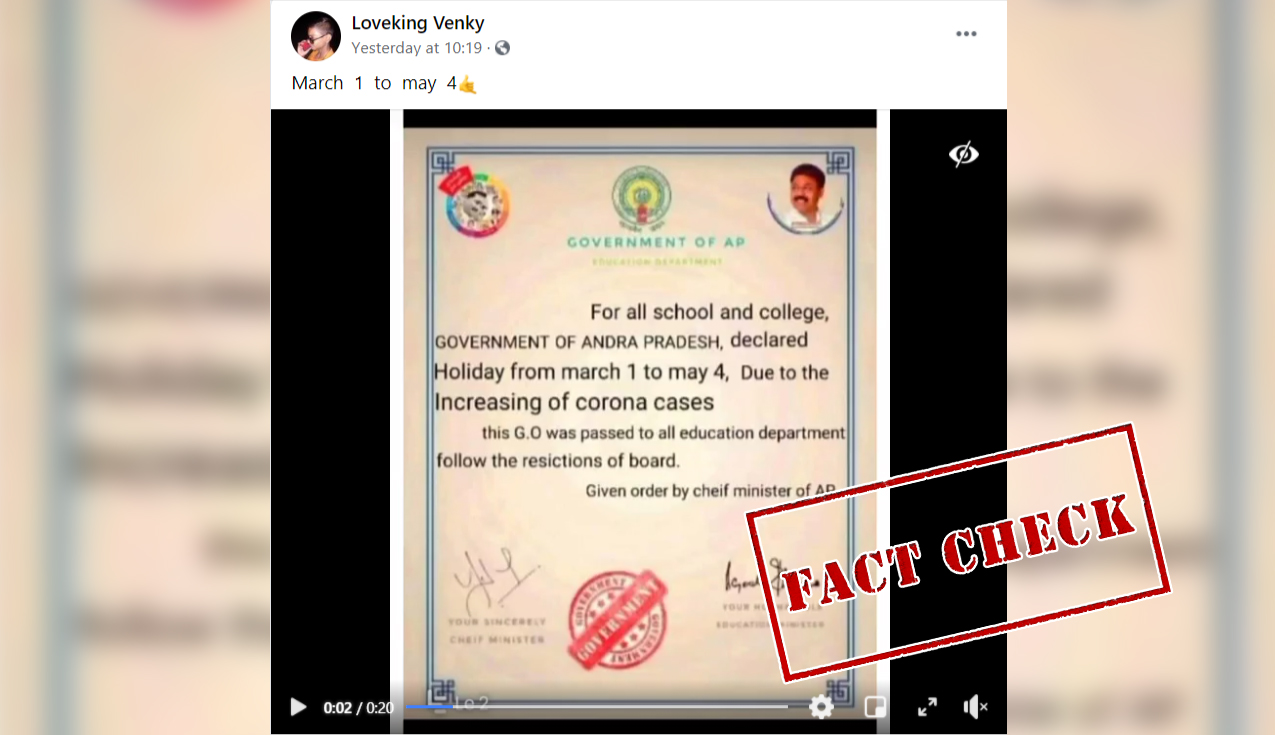 In light of the increasing coronavirus cases in the country, a post is being shared on social media with a claim that Andhra Pradesh government has announced holidays from March 1 to May 4, 2021, for schools and colleges in the state. 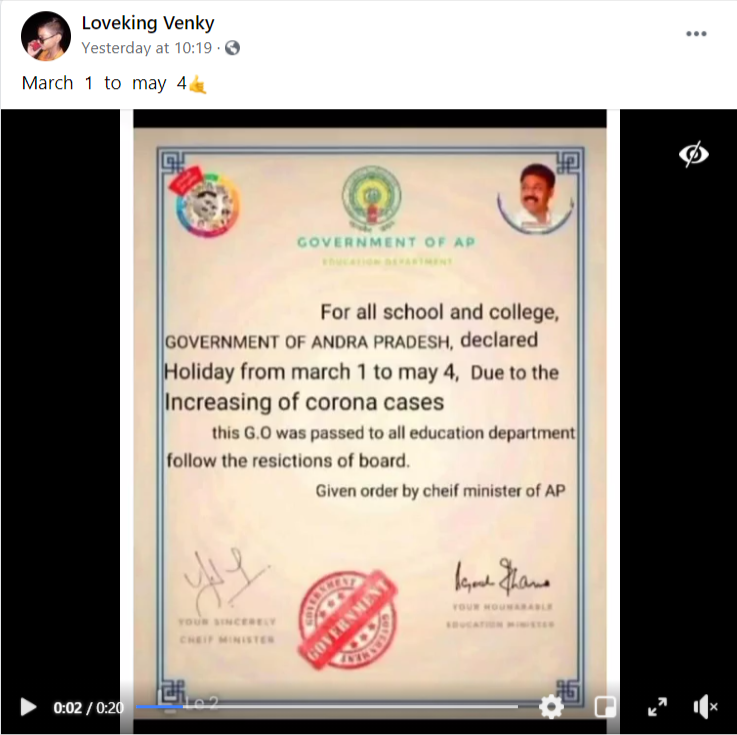 Firstly, we noticed that the government order in question has multiple grammatical and spelling errors. 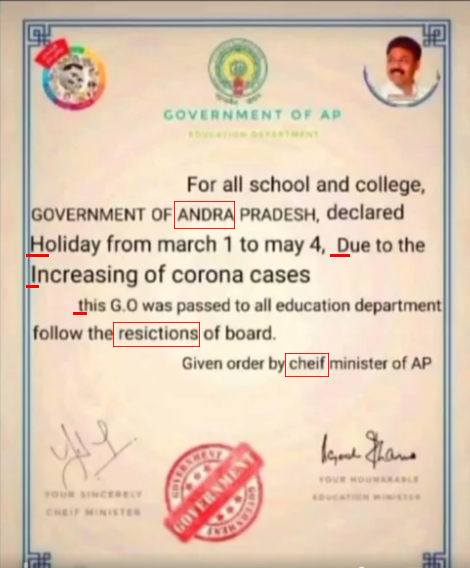 We then checked the official websites of the Government of Andhra Pradesh but did not find any such notice. 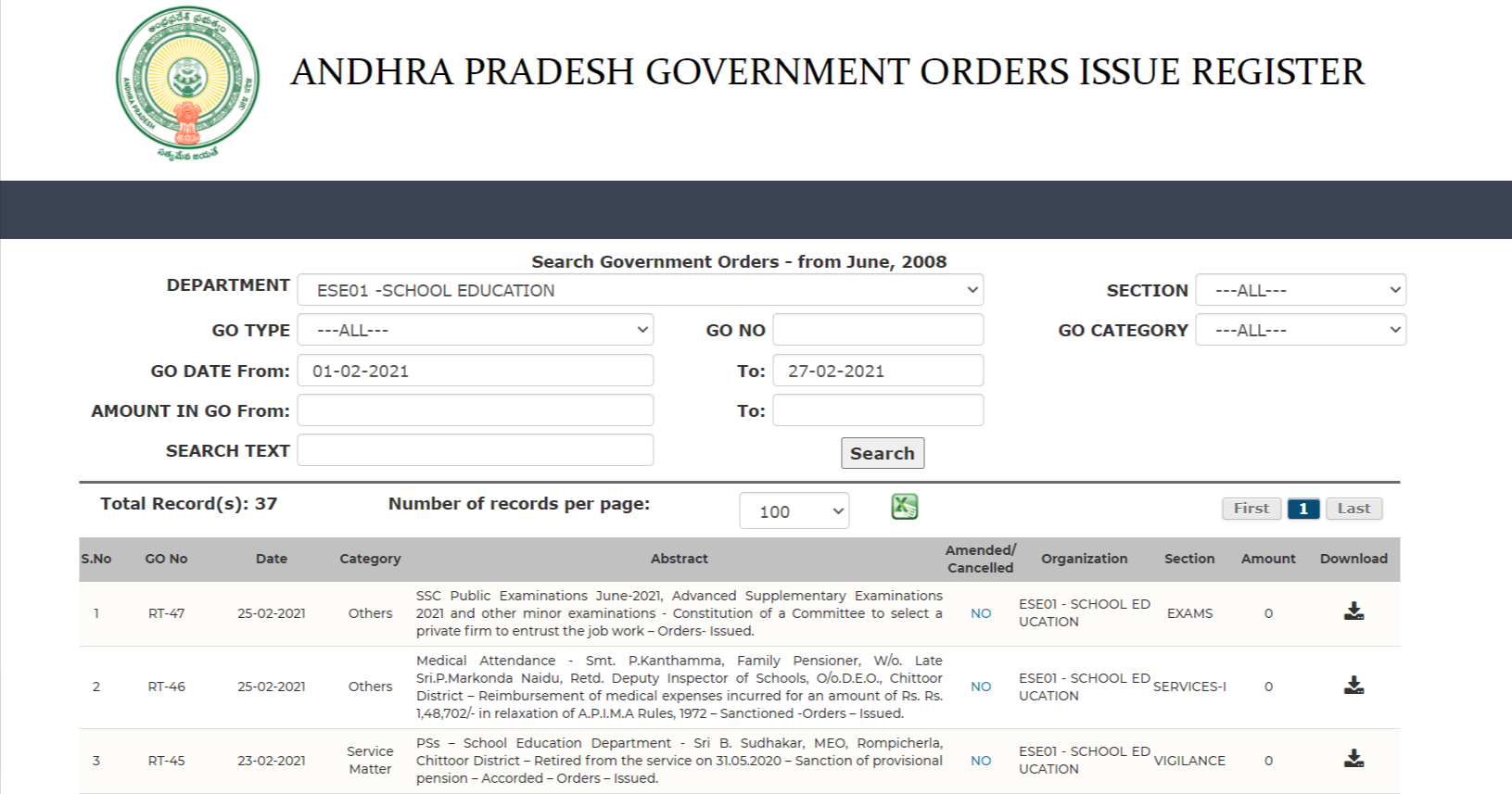 Upon further investigation, we found a tweet by Audimulapu Suresh, Minister for Education, Govt of Andhra Pradesh, dated February 26, 2021.

Here’s a rough translation of the tweet ( Via Google): There is no truth in the news on social media saying that schools are observing holiday for the past few days. There is no truth in the news that schools are being closed from March 1 due to corona. This is completely unreal. Don’t make this viral, action will be taken against such people. Orders have already been issued to the authorities and a complaint has been filed with the cybercrime. Schools will run the same way, no doubt about it. Junior colleges will also run as per schedule.

Hence, from the above fact check, it is clear that the post in circulation is FAKE.