A picture of Bollywood actor Aamir Khan’s daughter Ira Khan alongside a man is being shared on social media with a claim that she eloped with the man in the picture, who is her servant. 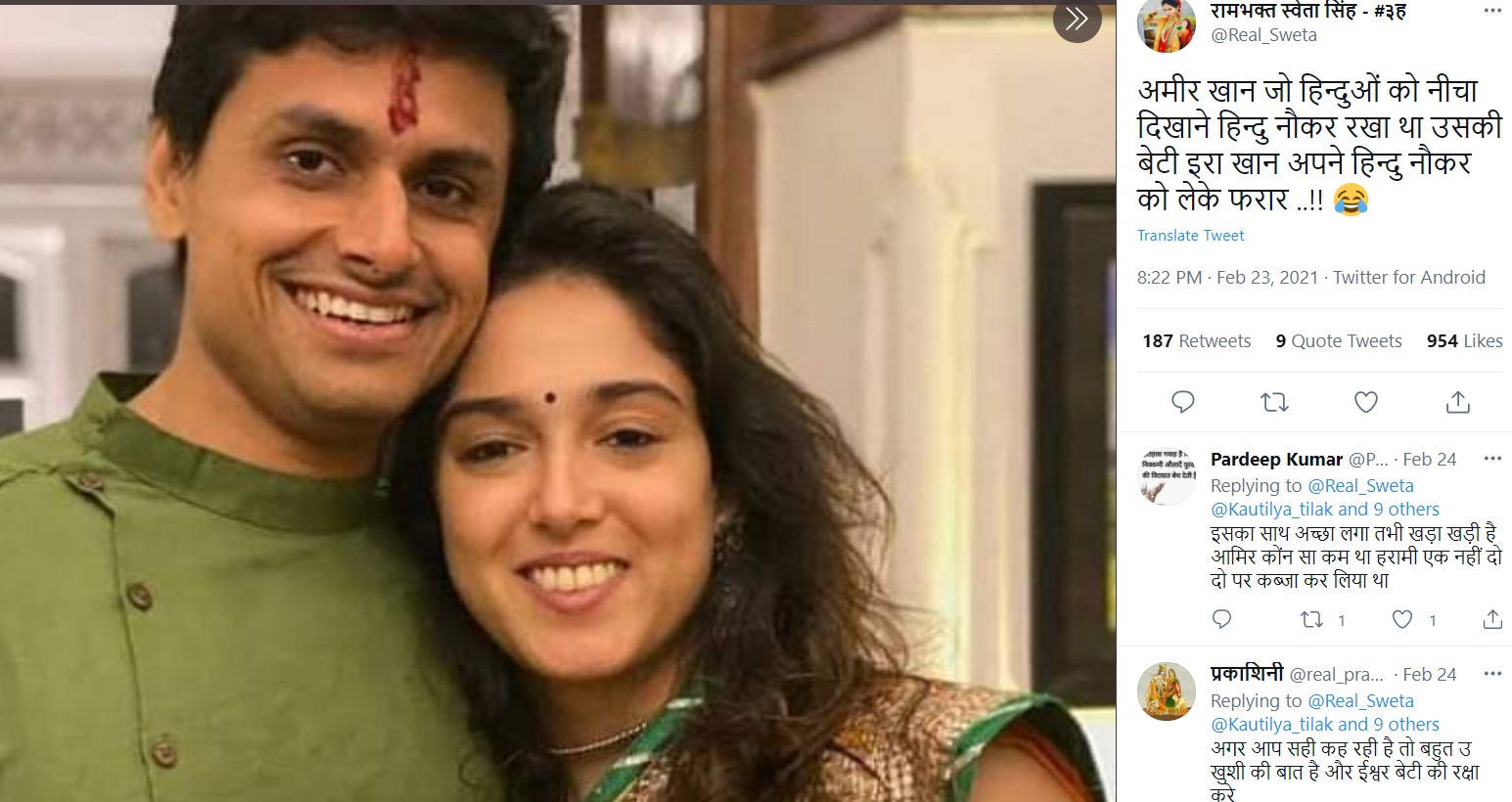 Firstly, we searched for the news about Ira Khan and found some media reports, which stated that the man standing next to her in the viral image is Nupur Shikhare, her fitness trainer. The reports also mentioned that Shikhare is also the trainer for Aamir Khan.

According to a Hindustan Times report, dated February 11, 2021, on the occasion of Promise Day, Ira confirmed her relationship with Shikhare. 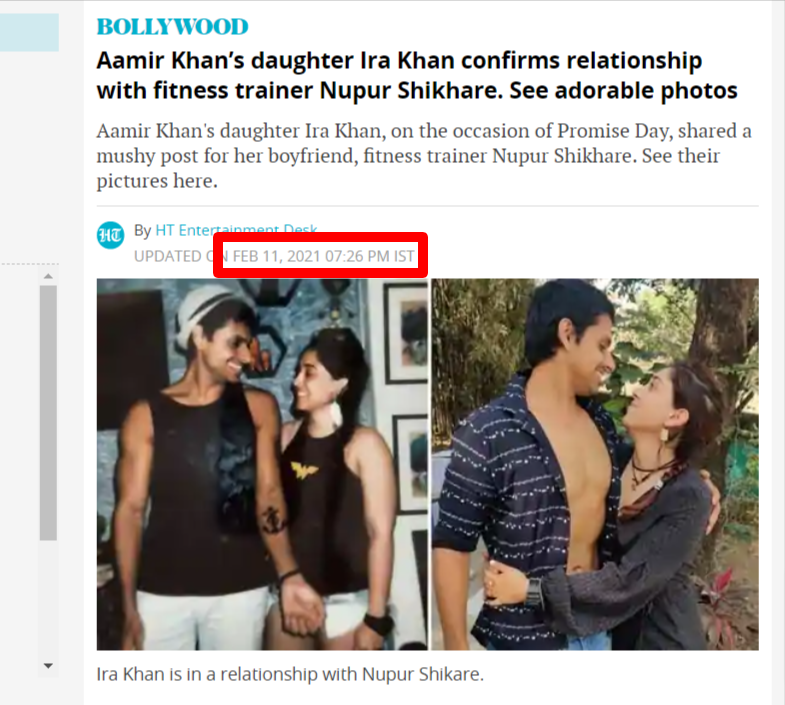 We also found a Pinkvilla report, which stated that Ira and Nupur came close during the lockdown, and ever since, the two have been inseparable. 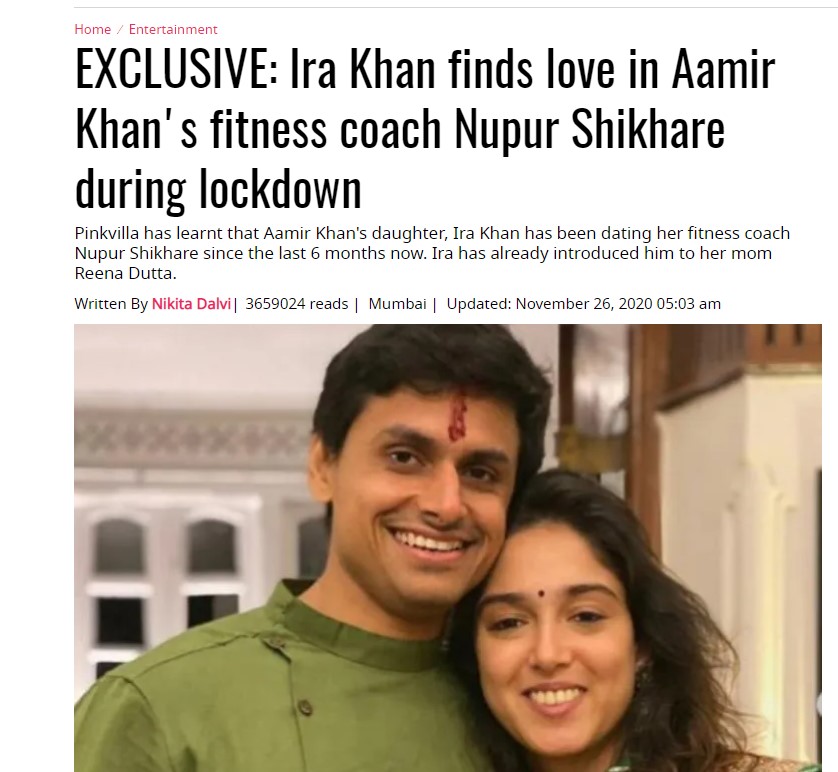 On digging further, we also found the viral image on Shikhare’s Instagram account. The image was posted last year when Nupur and Ira celebrated Diwali together.

Also, we could not find any credible media reports to say that Ira Khan has eloped with Shikhare.

Hence, from the above information, we can state that Shikhare is not a servant of Aamir Khan’s but is a professional fitness trainer, and Ira has not eloped with him. The claim in the viral post is false.