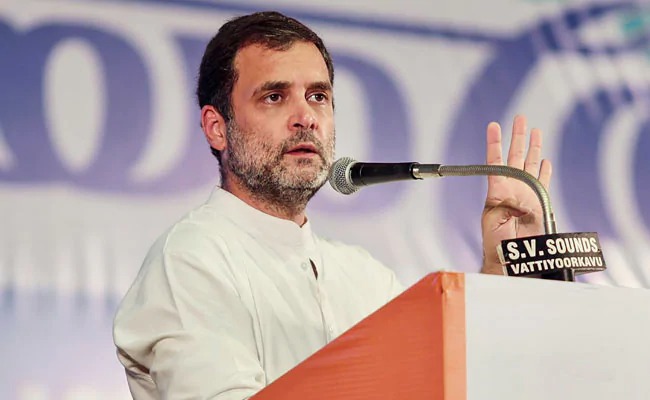 Taking to Twitter the Wayanad MP cited a news report about Prime Minister Narendra Modi’s address at a webinar on privatization by the Department of Investment and Public Asset Management (DIPAM) and said, “Sirf ‘hamare do’ ka kalyan- ‘Hum do’ unke, PSU unke, Vikas bhi sirf unka, Jan ka kya” (Only the well being of ‘our two’ ensured–‘Us two are theirs, PSU are theirs, development is also just theirs, what about the people).

Rahul Gandhi has been using the ‘Hum do Hamare do’ jibe to allege that the government is promoting “crony capitalism”.

On February 24, the Congress leader took a dig at PM Modi after the world’s largest cricket stadium in Ahmedabad was renamed as “Narendra Modi Stadium”.

“Beautiful how the truth reveals itself. Narendra Modi stadium – Adani end – Reliance end With Jay Shah presiding,” the Congress leader tweeted. He also used the hashtag ‘Hum Do Humare Do’ in his tweet.

PM Modi during the DIPAM webinar had said that state-owned companies in four strategic sectors will be kept at a bare minimum.
“Our government is committed to privatizing PSUs in all sectors barring four strategic ones,” he said.